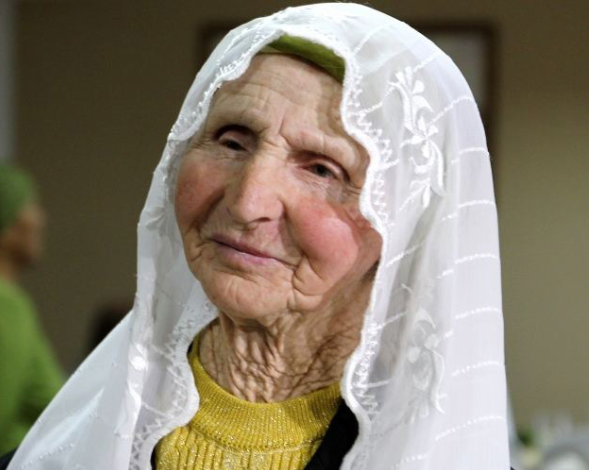 It has taken almost a year for lawyer Nikolai Polozov to be finally given access to information about the events that led up to the 83-year-old veteran’s death.  He has been forced to sign a non-disclosure commitment, and cannot therefore identify the men directly involved in the attempted arrest of Vedzhie Kashka on 23 November 2017.  He has, however, revealed that at least two of the men involved as part of the so-called ‘Russian National Guard’ [Rosgvardia] are former Ukrainian Berkut officers who betrayed their oath of allegiance to Ukraine.  Berkut was disbanded in Ukraine after its special force officers were heavily deployed in crushing protest during Euromaidan (with some involved in the gunning down of activists in February 2014).  At least 50 men from a Crimean Berkut unit switched sides after Russia’s invasion of Crimea, and some have been implicated in Russia’s revenge prosecutions of Ukrainians who took part in the Maidan protests.

Polozov reports that it is not clear from the men’s statements who was directly responsible for the detention of the 83-year-old.  As expected, all deny that any physical, or even psychological, pressure was applied.

Neither Polozov, nor Vedzhie Kashka’s family are convinced by such assurances.  Even if the physical marks on the 83-year-old’s body were caused by resuscitation efforts in the ambulance where she died, the fact that all video footage of her arrest was removed so that Polozov, who is representing the Kashka family, couldn’t see it, suggests that the officers have a lot to hide. The disappearance of this video is all the more suspicion given the huge amount of coverage on Russian and Russian-controlled propaganda channels given to the images of two other Crimean Tatars – 57-year-old Bekir Degermendzhy and 59-year-old Kazim Ametov - being forced to the ground and handcuffed. 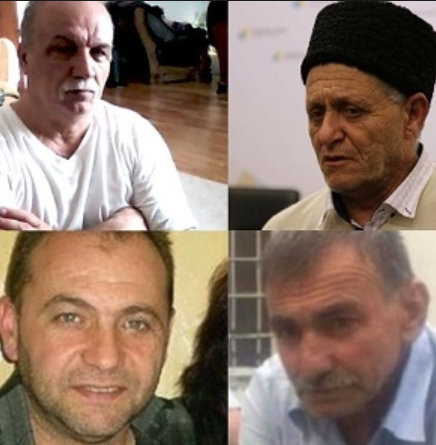 This armed ‘operation’ was undertaken by FSB officers, Rosgvardia and also men from Russia’s so-called ‘centre for countering extremism’. In combat gear and with arms, they were sent to arrest an 83-year-old woman who had recently needed serious medical treatment abroad, as well as four men in their 50s and 60, two of them suffer from chronic health problems.

Even without any evidence of physical force, it would have been clear to the FSB that such an arrest of an elderly lady could have tragic consequences.  In fact, while Polozov does not believe that the officers set out to kill Vedzhie Kashka, he does note that she was hit with the butt of a machine gun and is convinced that her death was as “the result of disproportionate use of force by those Russian enforcement officers who had carried out her unlawful detention”.

Vedzhie Kashka was 9 years old when the entire Crimean Tatar people were deported from their homeland in what Ukraine has recognized as an act of genocide by the Soviet regime.  She was involved in the Crimean Tatar national movement from the 1950s, first from exile and then in the late 1960s as one of the first Crimean Tatars to return, and peacefully battle for her people’s right to live in their homeland.  In old age, she was yet again forced into civic activist in support of victims of persecution after Russia’s invasion and annexation of Crimea in 2014.  She had been summoned for ‘interrogation’ by the FSB in December 2014 and went, even though she was due to be admitted to hospital over heart problems.

If in late 2014, the FSB officer was clearly embarrassed when he realized that he had summoned an 80-year-old, three years later neither the FSB nor any other representatives of the occupation regime showed any discomfort at all.

The 83-year-old had asked men she trusted:  Kazim Ametov; Asan Chapukh and Bekir Degermendzhy, a veteran of the Crimean Tatar national movement and father of a recognized political prisoner, as well, seemingly, as 52-year-old Ruslan Trubach,  to help her.  A Turkish national, Yusuf Aitan, who had become friendly with her granddaughter had borrowed the family’s savings (7 thousand USD) claiming he needed the money urgently and promising to return it.  He had not done so, and Kashka had asked the men to act on her behalf convincing Aitan to return what he had borrowed.

It is not known when and under what circumstances the Russian FSB got involved, but it does seem clear that this was a perverse reaction to the mounting condemnation Russia has received for its repressive and discriminatory measures against Crimean Tatars, and to the UN International Court of Justice’s order that Russia withdraw its extraordinary ban on the Mejlis which Russia is refusing to comply with.

The FSB decided to claim that the efforts to get the Kashka money which Aitan had taken and not returned was an attempt at ‘extortion’.  This is despite the fact that Aitan had signed a piece of paper acknowledging receipt of the Kashka family’s money.  In their efforts to come up with an economic ‘crime’, the FSB have tried to claim that the receipt was given ‘under pressure’ and that he had been ‘threatened’.

This nonsensical ‘plot’ demonstrates yet another reversion to Soviet methods under the current regime in Russia under President Vladimir Putin.  Having tired of rightly being condemned for persecuting dissidents, the Soviet regime began fabricating  criminal prosecutions in an attempt to discredit those who opposed it.

Russia’s aims in 2017 become clear when you watch Russian propaganda channels.  They claimed that the FSB and police had detained “members of the Crimean Tatar Mejlis” (with the words about the Mejlis in inverted commas, and with a footnote stating that the Mejlis (wrongly referred to as an ‘organization’) is banned in Russia.

The four men were all remanded in custody with three of them sill in detention to this day, although Degermendzhy’s chronic asthma means that he should not be held in such a SIZO, or remand prison.  During one ‘hearing’, he needed to sit with an oxygen mask, yet the ‘judge’ still extended his detention.

Chapukh suffered a mini-stroke shortly after his arrest and spent almost 11 months in detention before being placed under house arrest after it became clear that his life was in danger.