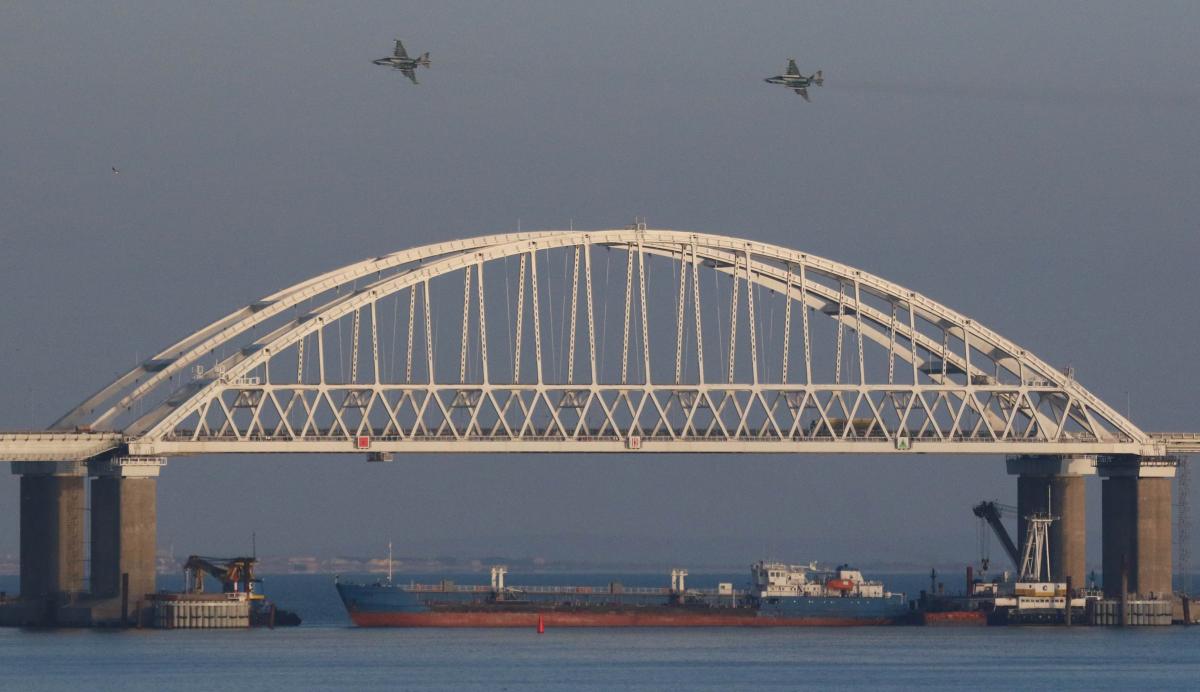 On 25 November, a Russian boat rammed a Ukrainian naval vessel near the Kerch Strait and later fired on and seized three Ukrainian naval vessels. Videos of the deliberate ramming of the first vessel, and later of Ukrainian pleas for help for the wounded being met with Russian demands that they come out with their hands up are widely available and make statements like the BBC’s “‘the countries blame each other for the incident” quite unfathomable.

Obviously foreign media cannot be expected to react to breaking news with in-depth analysis of a situation.  Nonetheless, Russia’s aggressive acts in the Azov Sea have been clear for many months.  This is not a matter of opinion.  It is internationally accepted that Russia is illegally occupying Crimea, and that the Kerch Bridge from Russia to Kerch, in occupied Crimea, was built illegally.  Russia is using this bridge to block Ukrainian access to its own ports in Mariupol and Berdyansk, and has also been unwarrantedly detaining Ukrainian merchant vessels on the Azov Sea for so-called ‘checks’.

According to a 2003 treaty which has not been revoked, the Azov Sea is shared by the two countries, making the actions on Sunday, even had a Ukrainian boat strayed into what are legitimately Russian territorial waters, seem a shocking act of aggression.  It left three boats seized, with at least 20 Ukrainians effectively taken prisoner, including six men who were injured (Russia reports three).

At 7 a.m. on 25 November, two Ukrainian Navy armoured artillery boats and a tugboat set off from the Black Sea in Odesa via the Kerch Strait to Mariupol in the Azov Sea.  The Ukrainian navy assert that they had informed in advance of the boats’ planned movements “in accordance with international norms”. Even if that were to prove not to be the case, there was simply no justification for what followed.

The boats were met by four Russian ‘border guard vessels’, one of which can be heard and seen in the video here quite deliberately heading straight for and hitting the much smaller Ukrainian tugboat.

Boris Babin, the President’s Representative in Crimea, asserts that the Russian vessels then blocked the other Ukrainian boats so that they could not come to the aid of the tugboat. He accuses them of having tried to provoke Ukraine to open fire.

It was the Russian ships who later opened fire on the Ukrainian boats before seizing all three, apparently wounding six of the Ukrainian naval crews.

Russian state-controlled media have claimed that Ukraine had “violated the border with Russia”, while acknowledging that the boats were seized with the use of weapons.  It asserts that the boats were seized in Russian territorial waters in the Black Sea and that three wounded Ukrainian naval staff were given medical assistance.  Russia has supposedly initiated criminal proceedings over the alleged infringement of the Russian state border and said that it had blocked passage of civil sea vessels “for security purposes”

What is meant by this supposed border remains unclear, however western media did report, without providing any explanation, the Russian claims that Ukraine was guilty of ‘provocation’.  The BBC also stated that “The crisis began when Russia accused the Ukrainian ships of illegally entering its waters. The Russians placed a tanker under a bridge in the Kerch Strait - the only access to the Sea of Azov, which is shared between the two countries.”

The fact that almost five years have passed since Russia’s annexation of Crimea does not make it any the less illegal.  The BBC really should explain that this ‘bridge in the Kerch Strait’ is in violation of international and Ukrainian law, and that it is being used to restrict Ukraine’s access to its own territory.

Failure to do so is all the more frustrating since the EU came out with a very clear statement on Sunday evening.

It called for all parties to show restraint in order to de-escalate the situation but did make it quite clear that Russia should not have blocked freedom of passage, that the construction of the Kerch Bridge “constitutes another violation of Ukraine’s sovereignty and territorial integrity”.  It added that this had led to the militarization of the Azov Sea and demanded that Russia stop its inspections.

Russian state media have also begun pushing the line that this was ‘provocation’, mainly instigated in order to cancel next year’s elections which Russia is sure to use all the methods of interference that it has developed and is lavishly funding.

It is worrying that President Petro Poroshenko has supported the idea of introducing martial law which would have serious repercussions for civil liberties in Ukraine and which would almost certainly mean a postponement of the elections.

It remains to be seen whether parliament votes for this on Monday.  The situation is certainly serious, however Ukraine suffered the most serious phase of Russia’s military aggression in 2014 without declaring military rule, and it is not clear that the situation now is worse than during those terrible months.