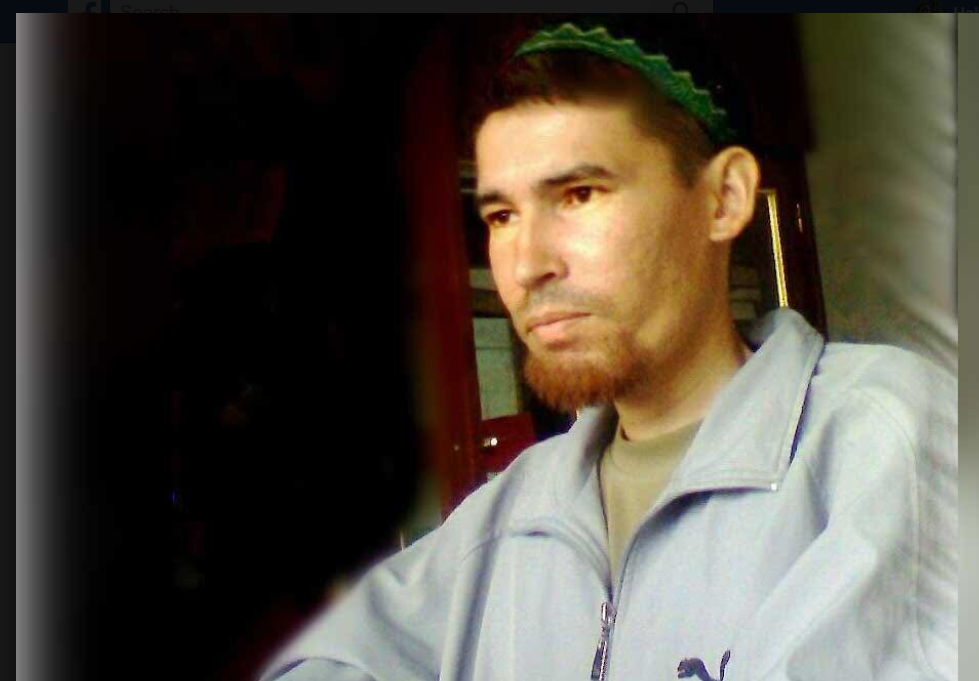 46-year-old Amir Gilyazov has suffered from a debilitating form of muscular dystrophy since childhood, and by now cannot get from his bed to the wheelchair or eat without assistance. This did not stop the FSB from bursting into his home on 23 October and arresting him on charges almost certainly linked solely with a video about the release of a political prisoner posted seven years ago on YouTube.  Although Gilyazov’s condition is on the list of illnesses that preclude detention, the Chelyabinsk Regional Court has just upheld the original court’s decision to hold him in detention until (at least) 25 December.   His wife, Aigul is understandably fearful that her husband will simply not survive this effective torture.

The video clip in question was of the release from prison of a person who had been imprisoned on charges of involvement in Hizb ut-Tahrir, with this seemingly considered sufficient grounds for charging severely disabled Gilyazov with ‘involvement in a terrorist organization’.  Hizb ut-Tahrir is a peaceful, pan-Islamist organization which is not known to have committed any acts of terrorism or violence anywhere in the world.  Russia declared it ‘terrorist’ in 2003 and has since imprisoned a huge number of Muslims, including Ukrainian Muslims in occupied Crimea, sentencing them up to life imprisonment for supposed ‘involvement’.  The renowned Memorial Human Rights Centre considers all those convicted solely of ‘involvement in Hizb ut-Tahrir’ to be political prisoners.

‘Hizb ut-Tahrir cases’ enable the FSB to produce ‘good’ statistics on fighting ‘terrorism’, without having to do very much at all. Not only is ‘proof of involvement’ in the non-violent Hizb ut-Tahrir movement considered to be enough to get a huge sentence, but no real proof is even required, with the FSB using ‘secret witnesses’ and the courts asking no questions.  In short, this is about maximum benefit for the FSB officers who can hope for promotion or other incentives while expending minimum effort.

Although such prosecutions are always immensely cynical, the treatment of Gilyazov is in a league of its own, yet thus far ‘judges’ have been willing to cast aside the penal regulations regarding such illnesses, and basic humanity.

Gilyazov’s torture began on 23 October, when around 15 men, two of them masked, forced their way into the family’s home in Chelyabinsk.  Aigul Gilyazova recounts that the couple’s elder son, who is 17, asked the men to at least wait until his mother could get dressed.  They pointed a machine gun at him, and forced him to lie on the ground.  They refused to identify themselves, and were very rude and used foul language when asked to show a search warrant.  Aigul says the men were clearly sure of their own impunity, and carried out the search in a demonstrably piggish manner.

The copy of the search protocol, as well as of the warrant, were never provided, with Aigul suspecting that this was to conceal the names of the men who took part in such shocking behaviour.

She also discovered later that Gilyazov’s medical card had also disappeared, although it is senseless to try to remove official proof of his condition when it is evident by simply looking at him.

Gilyazov became very unwell, with blood coming from his mouth.  An ambulance was called, with the doctors who came saying that he needed to be taken to hospital.

He was, nonetheless, brought back and has told his wife that the FSB men were with him in the hospital and spoke with the doctors.  They clearly put pressure on them to discharge him, claiming that he was ‘well’.

He was taken away and initially imprisoned in the worst SIZO [remand prison] in Chelyabinsk, with his wife prevented from visiting him.  She found a lawyer who said, after visiting Gilyazov, that he was in a terrible state and receiving no assistance from the questionable individuals in the same cell with him.

It was only thanks to human rights activists that Gilyazov was at least moved to a better SIZO, where he does receive a little help from cellmates.  They also smoke, however, and have the window open all the time, meaning that he is permanently cold, and subject to draughts.

Gilyazov is totally dependent on other people, and can be forced to sit in the wheelchair all night if nobody helps him with toilet needs and onto the bunk. As a devout Muslim, he will not eat the food provided, which could have pork, but can only eat the food that his wife sends in parcels if somebody helps feed him.

It is clear that a person with such severe disability should not be imprisoned, and his diagnosis (of Duchenne muscular dystrophy) was confirmed by the Chelyabinsk prison hospital, which wrote that he needs 24-hour care.  All of this was ignored by judge Marat Bagautdinov from the Chelyabinsk Regional Court who, on 21 November, rejected the appeal against his detention.

Gilyazov has been bound to a wheelchair since he was 18 and weighs only 40 kilograms.  He evidently needs to be home with his family.

Please write to the Prosecutor General of the Russian Federation and the Human Rights Ombudsperson, pointing out that Gilyazov has a medical condition making his detention inadmissible and asking them to ensure that he is released immediately.