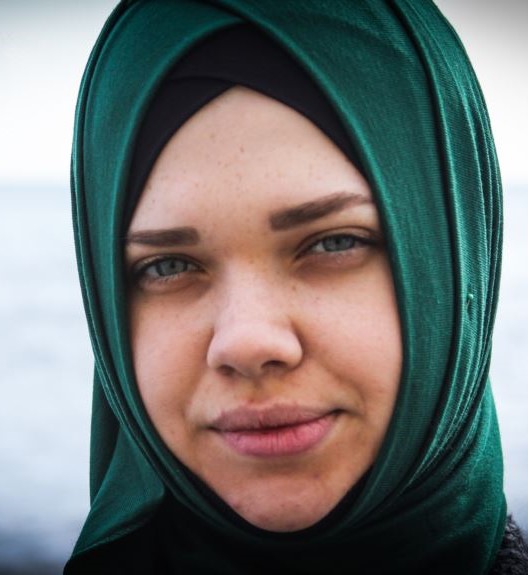 21-year-old Gulsum Alieva, an activist from the Crimean Solidarity civic initiative and daughter of political prisoner Muslim Aliev, has become the latest – and youngest – Crimean victim of persecution to be added to Russia’s huge List of Terrorists and Extremists. It is hardly surprising that the Russian occupation regime failed to prevent an 18-year-old Kerch student from obtaining a hunting rifle and explosives and murdering 21 people, when the FSB [Russian security service] spend their time scouring social media for ‘anti-Russian’ posts and reposts. Alieva’s inclusion on this List, with the serious economic and practical restrictions that it brings with it, is officially based on nothing more than a picture widely circulated which she reposted on her Facebook page.  Unofficially, it is part of Russia’s mounting pressure on Crimean Tatar activists and especially on the Crimean Solidarity initiative which has emerged in reaction to the ever-growing number of political prisoners and human rights violations in occupied Crimea.

In the vast majority of politically-motivated prosecutions of Crimeans, Russia does not bother to wait for a court verdict before adding people to the List and, therefore, imposing serious restrictions on a person’s ability to use banks, withdraw their own money, etc.

This will now be the case for Alieva, although it is possible that she, her mother, adult sister and two underage brothers cannot be restricted more than they have been already over the last three years since the arrest of Muslim Aliev, together with Crimean Tatar human rights activist Emir-Usein Kuku and four other Ukrainian Muslims.  The latter have all been placed on the list, as well as being declared political prisoners by the considerably more authoritative Memorial Human Rights Centre.

The FSB and other officers, some masked, turned up for the second time at the Aliev home in the early morning of 19 July, 2018, this time in connection with a so-called preliminary investigation over a Facebook repost by Gulsum Alieva.

Phones and other technology were removed, and Alieva was taken away for interrogation. Lawyer Edem Semedlyaev arrived early at the home but was not admitted, a flagrant breach of the law that has become standard over the last four years. He was, at least, admitted to the Investigative Committee building, however he and Alieva left very soon, since she refused to give any testimony, citing her rights under Article 51 of Russia’s constitution.

Criminal charges were laid a month later, on 10 August, under Article 282 (inciting enmity), one of Russia’s notorious ‘extremism’ articles, in connection with a picture and text that Alieva had reposted on her Facebook page.

The text in question was something that purports to be a quote from the Russian philosopher Ivan Ilyin, whom Russian President Vladimir Putin is known to have praised.  The words about Russia, which can be seen here, are certainly unflattering, then at the top and bottom, in a different colour  are the words “Russia is a country of moral monsters” and (at the bottom) ‘Death to Russian occupiers!”

This was simply a reposted text, with Alieva adding no comment from herself. It seems likely that the repost has been used as a pretext to target a member of Crimean Solidarity.  The latter’s stubborn insistence, in the face of arrests, on reporting rights violations and on helping political prisoners and their families is evidently annoying the Russian occupation regime.