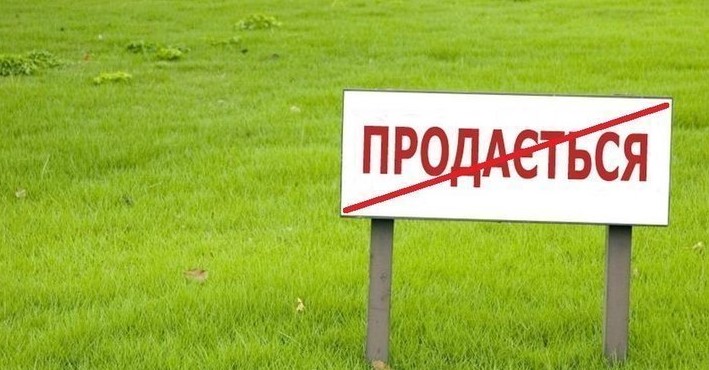 Ukraine’s lawmakers have extended a controversial ban on sale of agricultural land for another year, until 1 January 2020.  This is despite a European Court of Human Rights judgement which found this moratorium to be in violation of Ukrainians’ property rights and clear warnings of huge bills in compensation when Strasbourg’s patience runs out.

The ban prohibiting either individuals or legal entities from selling or otherwise disposing of agricultural land, except through inheritance, exchanges or government appropriation, was first imposed in 2001.  It was supposed to remain in force only until the beginning of 2005, however it has been extended every year since then.

The theory was that the moratorium would protect those with agricultural land received after the collective farms were dissolved until such time as laws on a State land cadastre, on the land market and on land plot registration were passed.  The arguments for extending it each year have been that, without it, the land will be taken from the poor and end up in the hands of oligarchs or even bought out by Russians, and that it will cease being used for agricultural purposes.

In fact, as human rights NGOs constantly warned, it is by no means clear that the moratorium has protected the rights of those owning small amounts of agricultural land.  Ten years ago, they pointed out that the moratorium had resulted in a shadow market flourishing in rural areas.  Rural residents would sell their land shares for cheap; often falling victim to firms involved in land raiding which, under the protection of the courts, bought up the deeds to their land or local councils would change the designated purpose of hundreds of hectares of land in order to then sell them.

On 22 May 2018, the ECHR passed its provisional judgment in the Case of Zelenchuk and Tsytsyura v. Ukraine, with this coming into force on 22 August.  Two separate applicants complained that the moratorium infringed their rights under Article 1 of Protocol No. 1 to the European Convention on Human Rights.  This states that:

“Every natural or legal person is entitled to the peaceful enjoyment of his possessions. No one shall be deprived of his possessions except in the public interest and subject to the conditions provided for by law and by the general principles of international law.

The preceding provisions shall not, however, in any way impair the right of a State to enforce such laws as it deems necessary to control the use of property in accordance with the general interest or to secure the payment of taxes or other contributions or penalties.”

The judgment can be read in full here, but the key point is that, while accepting the above-mentioned arguments, presented by the Government, the Court in Strasbourg agreed that Ukraine’s agricultural land moratorium does violate the said Protocol. It commented that Ukraine had not reached a fair balance between the claimants and the general interests of the community, and had exceeded its powers.

The Court did not, however, award compensation, ordering the Government only to pay the applicants’ legal and other fees.

The lack of financial pain to Ukraine’s Government or, in fact, Ukrainian taxpayers does not change the fundamental fact of this ruling, namely that Ukraine’s legislation is breaching the European Convention which Ukraine has committed itself to observe.

In an interview on the eve of the vote on 20 December, Ivan Lishchyna, the Deputy Justice Minister who represented Ukraine’s Government this case, warned that the ECHR’s judgment finding that the moratorium breaches people’s rights must be complied with. “Otherwise, ECHR will at some point lose its patience and will begin awarding compensation in these judgments. Then there will be billions of hryvnia in compensation via Strasbourg for all Ukrainian owners of agricultural land wishing (to apply to the Court)”.

The amount may seem incredible, but there are a lot of people who are affected, and though Lishchyna did mention some farmers who support the moratorium, there are likely to be many people who see their only option lying in an application to ECHR.

This was effectively confirmed in an earlier interview by Ukraine’s Judge at the Court in Strasbourg, Hanna Yudkivska.  She noted that Ukraine is the only country among the 47 within the Council of Europe which has such an absolute ban on sale of agricultural land, and called it indicative that the Government had not lodged an appeal against the Court’s decision.

The Court, she pointed out, only finds violations in exceptional cases where economic policy is concerned, with governments having considerable discretion in this area.

In this case, the Court had heeded Ukraine’s arguments, but noted that the ban itself was supposed to be only until 2005.  If the ban had been presented as needed until land legislation was in place, why was Ukraine doing nothing to ensure this happened?

Asked by Serhiy Sydorenko whether the Court will eventually begin ordering Ukraine to pay compensation in such cases, Yudkivska said she could not imagine what would happen if 7 million applicants apply to the Court.  In the interview posted on 20 November 2018, she said she preferred to assume that the Government would behave in a conscientious manner and that the moratorium would be changed, removing this “absolutely disproportionate interference by the State in the property rights of individuals”.

ECHR stated clearly that they would give Ukraine two years to deal with this.  There is still time, however the vote on 20 December showed that 231 of Ukraine’s parliamentarians, from all parties, have other priorities than respecting both the European Court of Human Rights and their own citizens’ rights.