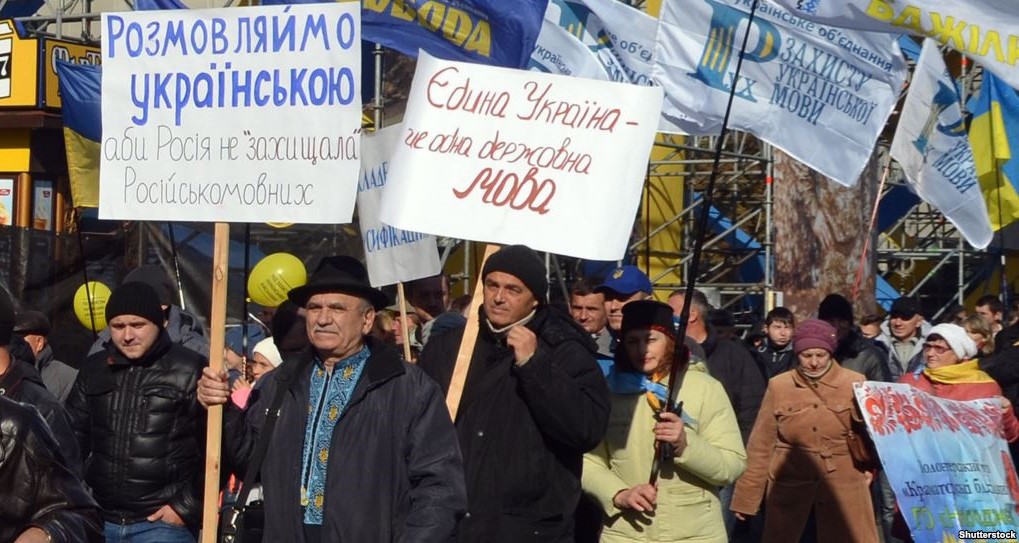 A court has revoked the controversial decision by the Lviv Regional Council banning something termed ‘Russian-language cultural product’.  It seems likely that the Lviv District Administrative Court’s 16 January ruling will be challenged, with the results of that appeal closely followed by at least four other councils which have since adopted essentially identical bans.

As reported, on 18 September 2018, the Lviv Regional Council voted to impose a “moratorium on the public use of Russian-language cultural products throughout the Lviv Oblast until the full cessation of the occupation of Ukraine’s territory”.   The Zhytomyr Regional Council was the first to follow suit, and then later the Khmelnytsky;  Ternopil and Volyn Regional Councils.

The decisions were strongly criticised by human rights activists, and it is no accident that the application to the court in Lviv was lodged by Roman Likhachov, the head of the Chuhuiv Human Rights Group and supported by the Ukrainian Helsinki Human Rights Union’s Centre for Strategic Litigations.

Explaining his application, Likhachov said: “I consider Ukraine to be a law-based country.  I understand the value of the Ukrainian language and that war is raging, however I don’t think it’s right to disregard Ukraine’s Constitution”.  He added that he also wanted the voices of well-known Russians to be heard in Lviv, with the ones mentioned at least including people who have spoken out strongly against Russia’s aggression against Ukraine.

Likhachov also mentioned that he is perfectly fluent in Ukraine, but in Lviv speaks on principle in Russian, since he wants to prove to people where he lives, in the Kharkiv oblast, that nobody restricts people speaking Russian in the West of Ukraine (as Russian propaganda media are constantly claiming).

It is possible that several law suits, lodged against the decision, were all considered at the same time, since victory has also been declared by Serhiy Ivanov-Malyavin, and the ‘Ukrainian Choice’ party of Viktor Medvedchuk, the controversial Ukrainian politician and friend of Russian President Vladimir Putin.

However cordially many Ukrainians may hate Medvedchuk, the fact that his party should have come out against the decision is no reason to support it. Since the first argument for revoking the decision comes directly from Ukraine’s Constitution, it is hardly surprising that there were multiple law suits. Article 10 of the Constitution states that “In Ukraine, the free development, use and protection of Russian, and other languages of national minorities of Ukraine, is guaranteed. <> The use of languages in Ukraine is guaranteed by the Constitution of Ukraine and is determined by law.”

There is no option for such a ‘regional council decision’.

In criticizing the first two decisions from the Lviv and Zhytomir Regional Council, human rights activist Volodymyr Yavorsky said that they were also in breach of the parts of Ukraine’s Constitution, the European Convention on Human Rights and other international agreements binding on Ukraine which guarantee freedom of expression.  You cannot defend people’s right to express their views, but restrict their freedom to choose which language they express them in.

The decisions taken by the five councils are also very vague. There is no such term as ‘Russian-language cultural products’ in Ukrainian legislation and the decisions give no clarity as to how their ban is to be enforced.

The lack of clarity as to what is being banned is a serious omission that essentially negates the entire purpose of the decision supposedly prompted by Russia’s aggression. There are very many Ukrainians in the areas covered by these decisions who were forced to flee their homes in Crimea or Donbas because of Russian aggression.  For many of them, Russian is their first language.  The councils had effectively banned cultural material produced by Ukrainians in the Russian language, while material from Russia, the aggressor state, is permitted, as long as it’s not in Russian.