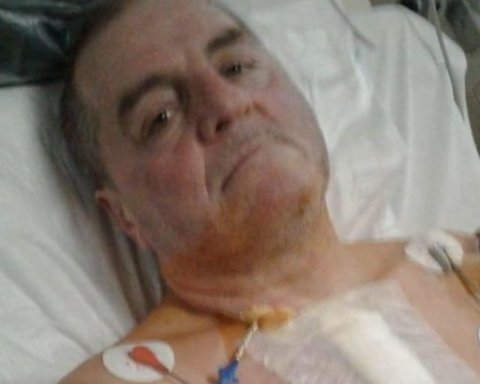 The FSB in Russian-occupied Crimea are not just ignoring the fact that Edem Bekirov, a 57-year-old amputee with grave medical problems could not have committed the actions he is accused of.  They are also refusing to consider Bekirov’s alibi which debunks the testimony of the FSB’s anonymous ‘secret witness’

Bekirov’s lawyer, Alexei Ladin reports that he has lodged a formal complaint against the FSB investigator Ivan Romanets over the latter’s refusal to check hour-by-hour information confirming his client’s alibi.  He explains that, during Bekirov’s interrogation, he gave a comprehensive account of his movements while in Crimea, with details as to which people he saw who could confirm this testimony.  All of this, Ladin stresses, means that an alibi has been provided for the time when Bekirov was supposed to have passed the ‘secret witness’, explosives and ammunition.

Ladin also lodged an application for Bekirov’s mobile phones to be removed, together with their Russian and Ukrainian sim-cards, and their whereabouts followed during the relevant period – May 2018.  Ladin points out that the investigator is unwarrantedly refusing to check Bekirov’s alibi despite this being a mandatory requirement.

Romanets “explained that the investigators already know everything, so there’s no need to establish anything else.  He effectively confirmed the formal nature of his actions, having stated that the investigation has nothing in common with the norms of the Criminal Procedure Code. Obviously, with such a position, there’s no need to carry out an investigation or trial.  Let the FSB then simply pass sentence on Bekirov, and have done with it”, Ladin added.

Russia’s arrest and treatment of Bekirov has been condemned by a number of countries, including the UK and USA, and his immediate release demanded.

Even according to Russian law, the 57-year-old amputee’s physical condition and disability should have precluded his detention.  As well as diabetes, Bekirov has a serious heart condition, and underwent life-threatening surgery last year.

His state of health and disability make the charges against him absurd, yet this too has been ignored.

Bekirov is an active member of the Crimean Tatar community in Novooleksiyivka (Kherson oblast) and is married to a member of the Mejlis (representative assembly) of the Crimean Tatar People.  Russia is maintaining its persecution of the Mejlis, in violation of a direct order from the UN’s International Court of Justice and it seems likely that this was the reason that Bekirov was targeted.  He was seized by the FSB on 12 December, 2018, when he tried to cross into Crimea to visit his elderly mother and other relatives. He was held incommunicado until well into the evening, and without food or water until the ‘court hearing’ the following day that ordered his detention for two months.

The FSB accuse him of circulating and transporting more than 10 kilograms of DNT and 190 bullets ((under Article 222 § 2 of Russia’s criminal code).  According to the FSB’s ‘secret witness’ whom they call ‘Memetov’, Bekirov passed the explosives and bullets – all 14 kilogram worth - to him in May of this year. Memetov purportedly placed them in a secret hiding place around Krasnoperekopsk and then in August revealed this place to the Russian FSB and gave testimony against Bekirov.

His lawyer, Alexei Ladin explained in court that his client could not even lift a 1.5 litre bottle without difficulty and could not have survived any effort to draft such a huge weight.  This was ignored, and on 13 December ’judge’ Valentina Kamynina of the Kievsky District Court in Simferopol remanded Bekirov in custody for two months.

A month later, amid mounting concern about his state of health, he was transferred for a medical examination to the Semashko Clinical Hospital, however he was returned to the Simferopol SIZO [remand prison] almost immediately.

The only good thing is that he is in a cell with Server Mustafaev, co-ordinator of Crimean Solidarity and, since May 2018, himself a political prisoner.

There is nothing else positive to say since the conditions in the SIZO are appallingly unsanitary and a danger even to men who are much younger and in good health.  For Bekirov they are life-threatening.

More on Russia’s apparent propaganda motives for this and some other arrests here.