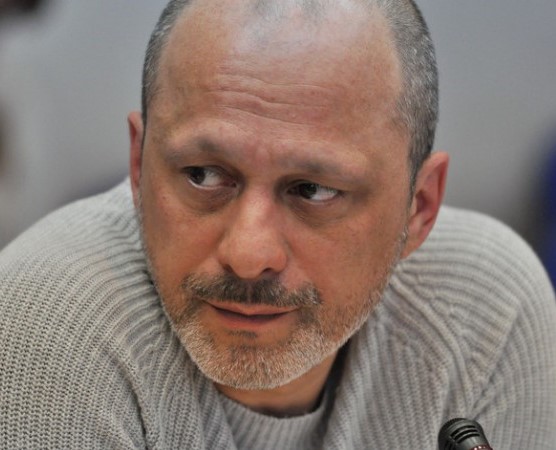 The sudden firing on 31 January of Zurab Alasania, CEO for Ukraine’s Public Broadcaster just two months before the presidential elections has elicited alarming headlines about censorship and attempts at political influence.  While the situation may not be as black and white as those headlines suggest, there is general concern about the disastrous timing and procedural irregularities during the meeting of the Supervisory Board.

A growing number of journalists have endorsed a statement in which they call the actions by the Supervisory Council “a direct demonstration of censorship and an extremely dangerous precedent for the country”. They write that Alasania’s dismissal was “carried out through a non-transparent, secret vote with evident infringement of procedure, the spirit of the law on public broadcasting, the functions of an independent supervisory board and common sense.”

The list of signatories is also telling for the journalists and media experts who have not endorsed it.  The point of difference appears to be only in whether this is seen as deliberate censorship.  Five prominent NGOs (the Institute for Mass Information; Detector Media; Internews; the Centre for Democracy and Rule of Law and the Susilnist Foundation) issued a separate statement in which they too stressed that the move was inadmissible now, during the election campaign.  Destabilization of the public broadcaster at such a time is a threat to democratic processes in Ukraine, they stress, and call on the Supervisory Board to reconsider their decision.

The full arguments for the CEO’s removal must be published within five days of the decision. The fact that these were not made available immediately is unfortunate and has resulted in one-sided claims, including those from Alasania himself, who focused on complaints that there had not been coverage of certain events involving the President Petro Poroshenko.  Although at least two motives were given, the publication of the protocol is unlikely to answer all relevant questions, since these concern why a vote to remove the CEO was put on the agenda last night, why no time was given to consider the material of a report presented, as well as the wisdom of holding a secret vote or any vote at all, given that we are in the middle of an election campaign.

Two of the people present who expressed their opposition to the proceedings, and have stated that they voted against Alasania’s removal, have given useful accounts of what took place on Thursday.

Svitlana Ostapa, the Deputy Chair of the Supervisory Board, provides important background information, beginning with the fact that during the vote on 10 April 2017 Alasania was elected by a majority of only one vote.  Virtually half the members of the Supervisory Committee were, thus, against him, and that has not changed since.

The Board was then made up of 17 members, though one, journalist Vitaly Portnikov resigned last year, and has not been replaced.  Nine of the members are put forward by civic organizations, and seven chosen by parliamentary factions.

Ostapa notes that “some of the members from the parliamentary factions sincerely believe that they are supposed to represent the interests of the political force that put their candidacy forward, and were critical of Alasania, demanding to know why members of their factions were not shown on Public Television.”

All such objections, she points out, were articulated at open meetings of the Board and no secret, it’s just that people did not bother to follow what was happening.

Ostapa adds that some of those who had voted for Alasania, had become disillusioned and “politics has nothing to do with it”.

One member of the board, put forward originally by the Radical Party (of Oleh Lyashko), has long criticised Alasania.  Vyacheslav Kozak tried to get a motion to remove him on the agenda both last summer and in the autumn, but was unsuccessful.

Ostapa believes that the plan was to remove him in December, but something else got in the way.

She assumes that the wish to remove him was so great that they were simply unwilling to consider how disastrous the timing was.

“With respect to establishing censorship, in my opinion, at this stage that is simply impossible. Until a competition is held (if it’s held at all), and this will take several months, new management will not come in to the company”.

Most of the meeting was open, seemingly including the discussion of an auditors’ report which seemed to show infringements in the use of donors’ money.

It was immediately after this part that Kozak insisted both on placing the question of the CEO’s removal on the agenda, and considering this in closed session.

Both Ostapa and Oleksandr Pavlichenko, Executive Head of the Ukrainian Helsinki Human Rights Union, opposed the move in general, and the fact that the meeting went into closed session.  Pavlichenko wrote after it that he had also been against a secret vote.

There were only 14 people at the meeting, and two had left early, seemingly before the question of Alasania’s removal had been raised.  This is, in itself, disturbing, though any such important moves require an absolute majority – exactly the nine votes that were allegedly cast in favour of firing him.  Allegedly, because discussion on Pavlichenko’s Facebook pages suggests that four people have stated that they voted against, which would only give eight in favour.

Pavlichenko also noted that the report on irregularities had been one of the grounds given for voting to remove Alasania.  He considers that this cannot be considered grounds and invites the CEO to lodge a legal challenge against the decision. In his comments made soon after the meeting, he was generally scathing about the breaches in procedure and stated that “political decisions are not taken like this, and here we were dealing specifically with a political decision, and not the work Alasania has done, and his future work”.

The Law on Public Broadcasting, drawn up with the participation of civic and media organizations, finally came into force in April 2015, though there were many hiccups after that.

With so many of Ukraine’s media in the hands of oligarchs and / or politicians, it had seemed a vital move forward to finally get public broadcasting moving.

In fact, Ostapa suggests a note of caution here as well.

The channel is currently full of foreign soap operas and programs about animals, nature, travelling, etc, and has not become a socio-political channel.

“If at the beginning, we were delighted that the news of UA Pershy (TV-1) had begun meeting all journalist standards, and had stopped providing PR for the authorities, later Detector Media’s monitoring noted that the authorities were virtually missing from the news altogether.”

This is not the way you do things, she stresses.  The authorities are a source of information, you just need to learn to distinguish such information from PR.  She watches TV-1 every day, mainly the news broadcasts, and notes that in the middle of the election campaign, the news on it is largely confined to informing whom the Central Election Commission has registered as a candidate or similar.  No political experts, or features on the elections, and this is despite “hundreds of people” employed in the information department.