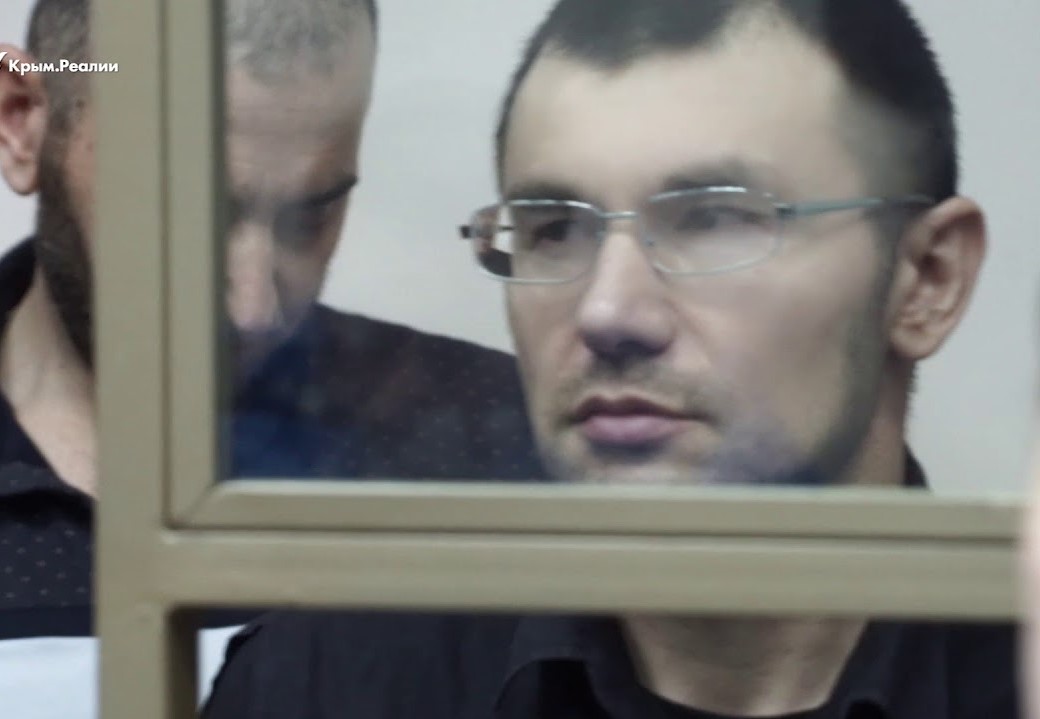 YouTube has demanded that the Ukrainian Centre for Journalist Investigations [CJI] remove a video about imprisoned Crimean Tatar human rights activist Emir-Usein Kuku because of a complaint received from Roskomnadzor, Russia’s effective censor.  There is nothing at all wrong with the video, and by threatening to “block content” if CJI does not delete the material, YouTube and Google, its parent company, will be abetting Russia in trying to conceal repression in occupied Crimea.

CJI reports that the letter it received was from YouTube’s Legal Support Service. It informed that they had received notification from Roskomnadzor that the video in question, entitled ‘Putin’s political hostages: arrests on Hizb ut-Tahrir charges ’“violates Russian federal law”.   Roskomnadzor has added the URL address to its list of ‘prohibited material’, and YouTube states that “if you do not remove the content, Google may be forced to block the content”.

Roskomnadzor has claimed that the material should be removed as being such “that contains calls to mass disturbances, carry out extremist activities or take part in mass (public) events held with infringements of the established order”.

There are absolutely no such ‘calls’ in the video which YouTube can very easily check.  The video begins by showing the ‘operation’ on 11 February 2016 which resulted in the arrests of four Crimean Muslims: Kuku; Muslim Aliev; Enver Bekirov and Vadim Siruk.   It then goes on to speak with Kuku’s wife Meryem and his mother Munira Abduraimova.  Meryem Kuku explains what happened that fateful day and also talks about her husband’s activities in helping people in need or whose rights are being violated.  Kuku’s mother stresses that her son was never a member of any organization.  The video ends with a brief interview given by human rights activist Alexandra Krylenkova who reiterates the lack of any evidence to back the charges,

The fact that Russia, using Roskomnadzor, wants to prevent such videos is understandable, although it has nothing to do with any infringement of the law.  It is Russia’s prosecution of Ukrainian Muslims on unproven charges of involvement in the peaceful pan-Islamist party Hizb ut-Tahrir that is in breach of international law.

As an occupying state, it has no right to impose its legislation upon occupied Crimea.  Hizb ut-Tahrir is legal in Ukraine, and Russia’s decision in 2003 to declare it ‘terrorist’ was not based on any credible grounds and was concealed until it was too late to appeal against it.

The situation with Kuku is particularly shocking as the Russian FSB’s harassment of the human rights activist began soon after Russia annexed Crimea, but with entirely different pretexts used.  Kuku was almost certainly the victim of an attempted abduction in April 2015 which might well have ended up with him disappearing, like Ervin Ibragimov a year later.

Russia has crushed any independent media in occupied Crimea and is imprisoning activists from Crimean Solidarity who seek to help victims of persecution and report what is happening in Crimea.

Is this something that YouTube and Google really wish to be complicit in?   This is only the first such attempt to prevent people learning about victims of persecution in occupied Crimea.  It will certainly not be the last if these foreign companies are prepared to collaborate in such censorship.