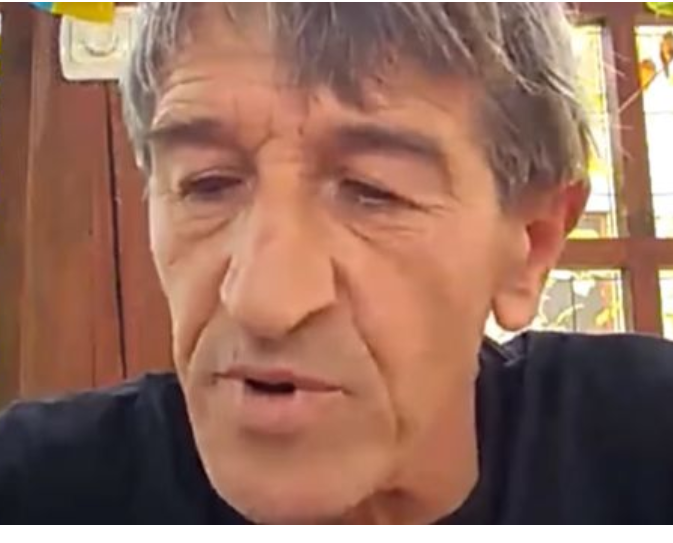 Around 10 FSB officers, some in masks, have carried out another search of a person with unconcealed pro-Ukrainian views in occupied Crimea. There was no obvious reason for searching and interrogating Oleh Prykhodko, but computers, books and some German realia, linked with his interest in history were removed, presumably in the hope of finding something to prosecute him for.  Or his daughter, as they insisted on going to her home and searching that too, in her absence, but with her father present.

According to Prykhodko, the FSB officers arrived at about 8.00 on 8 February, illegally bring the official ‘witnesses’ with them.  They did read out a court order, though it is unclear whether this explained why the search, which lasted around three hours, or that of his daughter’s home, were necessary.

They removed his and his wife’s laptops, a mobile phone, old CDs, some models (cases) of German machine guns and an old German helmet.  Prykhodko explained to the Crimean Human Rights Group that he is interested in the Second World War and has a lot of books on the subject.  The German helmet is a historical exhibit, he says. They also took away a red and black flag (of the UPA, or Ukrainian Insurgent Army) and Ukrainian flag; Ukrainian and Crimean Tatar symbols and old leaflets, including from the VO Svoboda Party which he was a member of until 2014.  Prykhodko says that they ripped off the Ukrainian symbols from his car.   Although he was given a sheet to sign, confirming removal of the items, no copy was given him, which is yet another glaring infringement.

He was taken to the FSB office in Simferopol and interrogated.  They wanted to know about his activities and about virtually every contact whom he had in his mobile phone.

Prykhodko was once, in 2016, jailed for three days for not changing the Ukrainian number on his car to a Russian one.

It seems clear that the FSB are either hoping to find something to pin on Prykhodko or to frighten him into leaving Crimea, out of fear of such prosecution.  Although he makes no effort to conceal his pro-Ukrainian views, he says he has not been involved in any activism since 2014.

Most of the active members of the Ukrainian Cultural Centre in Crimea have faced similar searches.  On 28 November 2018, the FSB arrived at Halyna Balaban’s home and carried out a search, taking away her laptop, telephone and all digital storage devices.  It was suggested, though with almost no details, that she may be facing criminal prosecution on suspicion of ‘extremism’ over statements made on her VKontakte social network.

Olha Pavlenko, another activist from the Ukrainian Cultural Centre, faced such a search, followed by an FSB interrogation, on 29 August 2018.  She was told that she and members of her family were suspected of links with Right Sector, the Ukrainian nationalist organization which Russia has been systematically demonizing since Euromaidan and which it banned in November 2014.

That offensive against Pavlenko followed an aggressive piece of propaganda published on the pro-Russian News-Front website and other similar sources earlier in August, accusing the Ukrainian Cultural Centre of ‘subversive activities’.  The Ukrainian Cultural Centre was created in May 7, 2015, as a totally apolitical organization, focusing on Ukrainian culture, history and language. Two of UCC’s founders – Leonid Kuzmin and Veldar Shukurdzhiev, as well as other activists (Natalya Kharchenko and her husband), have been forced to flee arrest and imprisonment.  Pavlenko also left Crimea almost immediately after the search.

Some of those who have left had already faced violence or persecution, however all would also be aware of how Volodymyr Balukh, a Ukrainian farmer and activist, was imprisoned for almost five years, effectively for the Ukrainian flag which he refused to remove from his home.

See:  5-year sentence as reprisal for loyalty to Ukraine in Russian-occupied Crimea

There were events in Ukraine as well as in other countries on 8 February, marking Balukh’s 48th birthday, his third in captivity.  A large number of Crimean Tatar and other Ukrainian activists visited Balukh’s elderly mother on that day.  79-year-old Natalia Balukh is almost blind and in ill-health and Russia’s revenge for remaining true to Ukraine is aimed at her also.