Ukrainian jailed in Russia’s revenge for Maidan punished because of back pain Denounce or face denunciation. Russia brings a Soviet-style weapon of intimidation to occupied Crimea Russia exploits war veterans for offensive against opposition activists and historical truth Crimean Resistance to Russian Aggression and Moscow’s Savage Revenge Mass armed searches for ‘prohibited books’ and arrests in Russian-occupied Crimea FSB use fake ‘secret witness’ in revenge trial of Crimean Tatar who exposed their methods of getting false testimony ECHR finds Ukraine breached the right to life over Maidan killing and multiple other violations 2020: There was no worse year in the realm of human rights after the Revolution of DignityA brief description of the KHPG strategic litigations in July–December 2020Russian propagandist seized by Donetsk militants ‘for spying for Ukraine’ Prisoner exchanged for Ukrainian hostages gets 17-year sentence in Russian proxy Luhansk ‘republic’Brutal torture of gravely ill Crimean Tatar political prisonerExpert opinion (Amicus Curiae) on the application and interpretation of the case-law of the European Court of Human Rights in criminal proceeding № 52017000000000361Post-Maidan Tale of ImpunityTotal impunity for Ukrainian politician suspected of involvement in killing of journalist SerhiyenkoRussia could kill Crimean Tatar political prisoner imprisoned for civic activismHead of Ukraine’s Constitutional Court concealed illegal purchase of land in Russian-occupied CrimeaUkraine’s Constitutional Court rules against fighting corruption and European integrationMain suspect in Odesa 2 May 2014 tragedy given high-ranking post in Russian-occupied CrimeaUkrainian court ban on book about Stus trial gave Medvedchuk more than he asked for
• Topics / Freedom of expression 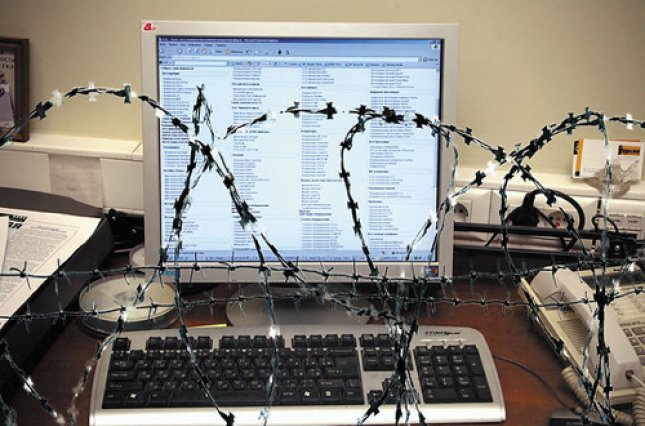 A new draft bill tabled in the Verkhovna Rada would impose criminal liability for deliberate – or accidental – circulation of false information in the media or on the Internet.  The bill comes just after the adoption of an extremely dangerous law on ‘fake news’ just passed in Russia and could, human rights NGOs warn, be used as an instrument for censorship and pressure on the media.

Draft law No. 10139 on amendments to legislation “in order to avoid the circulation of false information in the media” was registered by People’s Front Deputy Ihor Lapin on 12 March.  The co-authors include Viktoria Syumar, a former journalist who chairs the Rada’s Committee on Freedom of Speech.  Her involvement is startling given the concerns about the bill which have prompted a large number of media and human rights groups to call for the bill to be withdrawn.

The authors of the bill point out that the only method currently available in Ukraine for fighting defamation is by filing a suit with the courts.  They note that this can take years, and assert that this is more and more often used by those trying to damage the reputation of public figures “who have built their authority in society over the space of years”.   They assert that this is particularly relevant during election campaigns or in conditions of the information war which Russia has unleashed on Ukraine.   For these reasons, they say, they are proposing the amendments which have alarmed media and rights groups.

Members of the ‘For a Free Internet’ Coalition point out that criminal liability (and hefty fines) would be incurred even where there had been a genuine mistake and no attempt to circulate false information.

With respect to protection of a candidate’s reputation during the elections, if a court established that there had been either a single or repeated gross violation of the ban on circulating false information (even where this had not been deliberate), the court could suspend the media’s licence until the end of the election campaign.  This would stop the media broadcasting or publishing, or would mean that the operator or provider was obliged to block access to the Internet resource involved.

The Coalition members are convinced that this would provide a dangerous tool for censorship and pressure on independent media.  They point out that even the threat of facing criminal liability would act as a deterrent against circulating information of public importance “since any investigation into abuses or corruption would from the outset carry the risk of incurring a claim that you had committed a crime”.

The fact that information resources could, as a result, be blocked would, especially during the elections breach people’s right to receive and circulate information of public importance.  This, they warn, would serve as a tool for censoring political discussion.

The Coalition therefore calls for Lapin to withdraw his bill.  If he does not, they ask MPs to not vote for the bill to be added to the Verkhovna Rada agenda.  The appeal is endorsed by the Centre for Civil Liberties, Freedom House in Ukraine; the Institute for Mass Information; Detector Media and others.

This bill follows many attempts in Ukraine to re-criminalize libel which have thus far been resisted.

Although the deterrent effect of this bill could result in a dangerous level of self-censorship and editorial offices refusing to publish genuinely important material, there is clearly a need for some measures to prevent outright lies which will have done their damage long before they can be refuted in a civil court.  The lies told during the 2016 Brexit campaign in the United Kingdom almost certainly influenced the vote, with effectively nothing done to stop them while it counted.

With respect to information war tactics, their effect lies in the fact that what is seen or heard gets remembered, unlike the later retraction.  In 2014, Russia’s western propaganda channel ‘RT’ [then still called ‘Russia Today’] sometimes broadcast absolutely toxic lies about supposed ‘genocide’ by the Ukrainian Armed Forces in Ukraine and then deleted them before they could get taken to the press regulatory bodies in the country where broadcast.