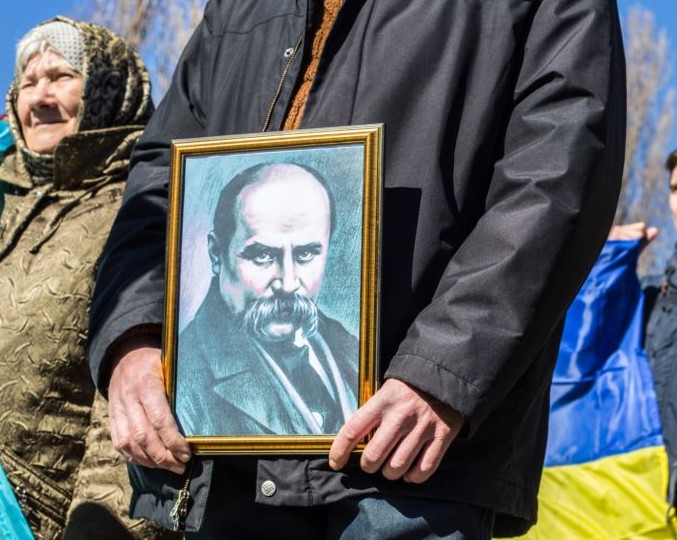 Almost two years after the UN’s International Court of Justice ordered Russia to “ensure the availability of education in the Ukrainian language” in occupied Crimea, there is not one school teaching all subjects in Ukrainian.  A monitoring study by the Crimean Human Rights Group has demonstrated that the statistics provided by the Russian occupiers, do not reflect the true seriousness of the situation.

It is the situation with Ukrainian that is truly catastrophic.  School No. 20 in Feodosia which was supposed to be a school with teaching in Ukrainian is, according to parents, now taught solely in Russian.  Ukrainian Language as a separate subject is only taught in some classes.

Moves to drive out Ukrainian began immediately after Russia’s invasion and annexation of Crimea.  By April 2014, Natalya Rudenko, who had long been head of the Ukrainian Lyceum in Simferopol, had been forced to resign.  It was then ‘decided’ that in the following year, students would be allowed to choose which language they studied in.  What happened, in practice, both with the Simferopol Ukrainian Lyceum and in other schools is that parents were placed under immense pressure to not ask for classes to be taught in Ukrainian.

While Russia claimed, without ever providing evidence, that Russians and Russian-speakers were at threat in Crimea, it was, in fact, parents wanting their children to study in Ukrainian who encountered difficulties.  Immediately prior to annexation, 90.7% of school students studied in Russian; 6.5% in Ukrainian; and 2.7% in Crimean Tatar.  99.2% of all Crimean children studied Russian as a subject.  There were 7 schools where all subjects were taught in Ukrainian and 15 in Crimean Tatar.  There were also several schools offering lessons in two languages. . By the 2014/2015 school year only one of 532 schools in Crimea had a full program in Ukrainian, and the overall number of classes in Ukrainian had fallen from 875 to 163.   By 2016, there were only 28 classes, meaning that only 371 children were receiving education in Ukrainian.  This was 0.2% of the overall number of children at school in Crimea.

Under Russian occupation, there is such anti-Ukrainian propaganda, that parents are simply frightened to insist on Ukrainian-language education for their children.

Russia has refused all of the Court’s ruling.