Russia State Duma Speaker demands compensation from Ukraine for ‘annexing’ CrimeaCrimean Tatar Mejlis leader sentenced to six years for proving Crimea did not ask for Russian annexationRemembrance banned as ‘extremism’ and political trials on anniversary of Crimean Tatar DeportationRussia is destroying ancient Chersonese to distort history and legitimize its occupation of Crimea Russia inadvertently reveals how it poured ammunition into Ukraine in 2015Unique Foros Park destroyed in Russian-occupied Crimea Russia has destroyed part of historic Crimean Tatar Khan’s Palace with the vandalism continuingRussia exploits war veterans for offensive against opposition activists and historical truth Protests throughout Ukraine following 7-year sentence against civic activist Serhiy SternenkoApplication practice of Article 110 of the Criminal Code of Ukraine“Now and then the flame dies down, but solidarity is a stream of sparks”Bandera. An Invitation to a Calmer ConversationInvestigation of individual terrorist crimesA brief description of the KHPG strategic litigations in July–December 2020Ukrainians forced to take Russian citizenship, or lose their homes in occupied Crimea Criminal proceedings under Article 111 of CC of Ukraine against the journalistsOpinion on the political motives of criminal persecution and violation of human rights in the case of Sergiy PashinskyRussian ‘pride’ over invasion and annexation of Crimea is fading fastVoices for Freedom – Show Kremlin hostage Volodymyr Dudka and Russia he’s not forgottenYulia Kuzmenko released from detention as ‘proof’ of involvement in Sheremet murder increasingly in question
• Topics / News from the CIS countries
• Topics / Human Rights Abuses in Russian-occupied Crimea 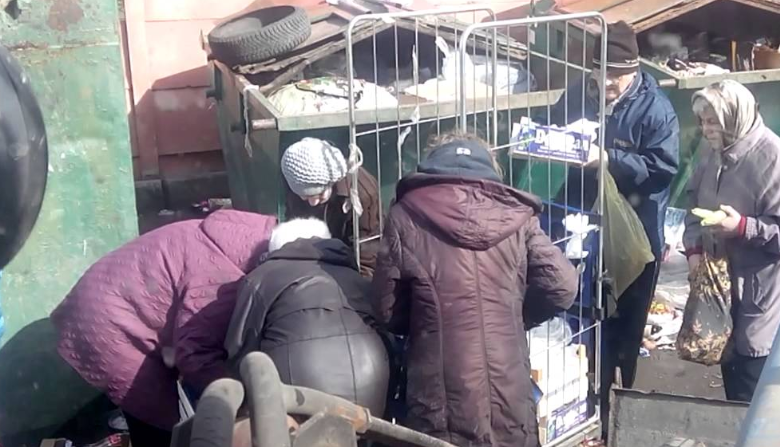 Russia’s Prime Minister Dmitry Medvedev has given support to a parliamentary committee on assessing the alleged ‘losses’ which Crimea incurred as part of Ukraine, i.e. before Russia’s 2014 invasion and annexation.  Demands that Ukraine be made to ‘repay’  some 25 billion roubles coincide with harrowing information from Russia’s Department of Statistics about the number of people in Russia (and occupied Crimea) unable to afford ordinary items and living in accommodation without plumbing.  Rosstat has come under fire for its ‘inexplicable’ findings from, among others, Dmiitry Peskov, Russian President Vladimir Putin’s press secretary, whose wife has reportedly amassed a property empire worth over 10 million USD.

A top Russian official first came up with the claim that it was Ukraine that had ‘annexed’ Crimea back in June 2014, three months after Russia’s internationally condemned landgrab.  Five years later, Russian State Duma Speaker Viacheslav Volodin also claimed it was Ukraine that annexed Crimea.  He went further, however, talking about how Ukraine should pay ‘compensation’, with this having now turned into a parliamentary ‘working group on assessing Crimea’s loss over the years that it was part of Ukraine’.  This is headed by first deputy speaker of parliament, Ivan Melnikov, who says that the issue of such ‘losses’ was discussed at a meeting on 5 April with Medvedev, who ordered that the relevant ministries provide the working group with assistance.

The suggestion that Ukraine is owing the invader of Ukrainian territory compensation is absurd, but is clearly being pushed in the Russian and Russian-controlled media.  TASS reported, for example, on 3 April that Volodin had proposed that Ukraine “be obliged’ to pay Crimea for the alleged ‘economic losses’ from independence to Russia’s invasion.  Andrey Kozenko, a deputy, ‘elected’ during the illegal elections held in Crimea, claimed that even according to ‘modest estimates’, the amount in question was well over 1,5 trillion roubles (over 20,5 thousand million euros).

The reason for such posturing seems clear.  Russia’s 2014 annexation of Crimea has led to enormous economic difficulties for Russia, mainly, although not only, because of international sanctions, and Russia’s counter-sanctions, which have led to hundreds of tons of food being destroyed. , Statistics which find that 52% of families are unable to cover any unexpected urgent expenses and that over a third cannot afford two pairs of shoes a year, etc. come as Putin’s popularity is falling fast.  79% of the families surveyed reported experiencing financial difficulties, with 14% speaking of serious difficulties. 20% of Russians do not live in accommodation with plumbing.

The Kremlin’s public ‘bemusement’ as to how Rosstat reached such figures, and why they mention a new pair of shoes, may well make many employees tremble, at very least for their jobs. Many Kremlin-loyal media were swift to stress that, for example, some of the findings had improved from two years ago when 84.6% of respondents had spoken of financial difficulties.  Peskov claimed that such surveys are of an “academic nature”.  They would undoubtedly have little relevance for Peskov’s own sumptuous lifestyle, but that hardly makes the findings ‘academic’.

Kommersant points out that the socio-economic studies have gained particular significance since Rosstat stopped publishing monthly statistics on income and expenditure.  It quotes Rosstat, the Central Bank and RANEPA (the Russian Presidential Academy of the National Economy and Public Administration) to point to a slight improvement in how people view their economic situation, but only thanks to improved expectations. Most people were dissatisfied with their income and the lack of possibility to pay for medicine and education.  The index of consumer confidence had indeed risen in the first quarter of 2019, but from minus 17% the previous quarter to minus 16%.

A separate survey by the NGO WaterAid placed Russia in worst position among developed countries for the percentage of the population without access to hygienic toilets (27.8%).  Over one fifth of Russian homes do not have access to plumbing.

In considering financial difficulties or downright poverty in Russia and occupied Crimea, it is worth recalling that since Putin’s decree in August 2015, Russia and the occupation regime in Crimea have bulldozed or incinerated huge amounts of meat, cheese and vegetables which were considered to be contraband because of Russian counter-sanctions. Within the first three years following Putin’s decree, 46 tons of products were crushed or incinerated in occupied Crimea, most of the food being from mainland Ukraine  (more details here).