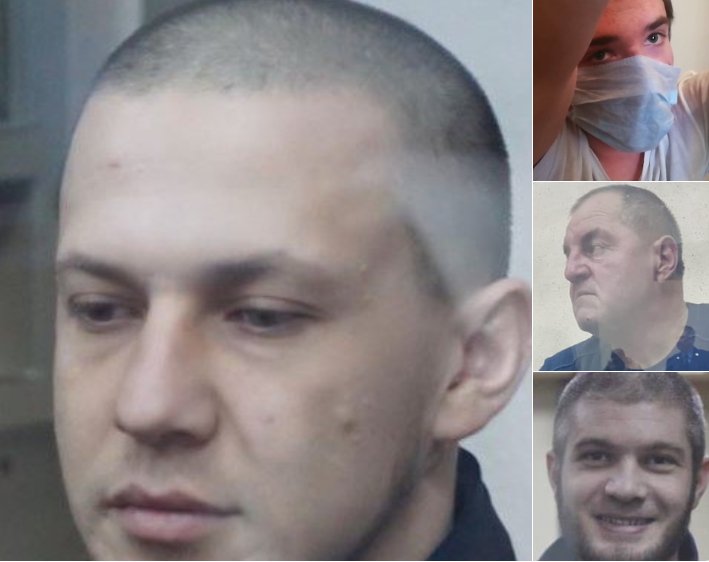 Human excrement dripping from leaking sewage pipes, cells in which political prisoners are held with men suffering from tuberculosis or AIDS, and solitary confinement for lying down after being refused treatment for acute pain.  These are the conditions that Ukrainian political prisoners are being held in, most after illegally being taken from Crimea to the Rostov oblast in Russia.  The accounts could doubtless be multiplied, since the prisoners often conceal such details for fear of worrying their families.

It will be three years on 18 April since Arsen Dzhepparov was arrested in the Yalta region of occupied Crimea, the reprisal he was directly threatened with after he refused to act as an informer for the FSB.  Dzhepparov, Emir-Usein Kuku, a human rights activist and Amnesty International prisoner of conscience, and four other men are among the 55 Ukrainian Muslims, most of them Crimean Tatar, whom Russia has imprisoned on gravely flawed charges of involvement in the peaceful Hizb ut-Tahrir party which is legal in Ukraine.

The six Yalta men are facing a second attempt at a ‘trial’ at the North Caucasus military court.  The first was stopped after the ‘judge’ quite scandalously acted as prosecutor and sent the case back for the charges against one of the men to be made more severe.  An excuse may have been needed to stop a ‘trial’ that, even by the standards of Russian ‘justice’, had gone badly wrong after the identity was revealed of a ‘secret witness’, one who, there are grounds to think, had been tortured into giving ‘testimony’.

Dzhepparov’s lawyer, Aider Azamatov, reports that during the ‘court hearing’ on 12 April, Dzhepparov spoke about the conditions in which he was being held.  There are faeces and water dripping through the ceiling due to plumbing that needs to be fixed in a cell above, he explained, damp and totally unsanitary conditions. He is held in a cell of 6 by 4 m² with men suffering from seriously contagious diseases like tuberculosis.

While Dzhepparov was earlier in the Rostov SIZO [remand prison], it took huge efforts from Azamatov, as well as publicity, to finally get proper treatment for Dzhepparov, who despite being only 28, had dangerous symptoms which could indicate danger of a stroke.

No less effort was required last week from Dilyara Abdullaeva, two of whose sons Teymur and Uzeir Abdullaev are also imprisoned in Rostov.  She herself is a doctor and raised the alarm, refusing to rest until doctors examined Teymur, who was showing symptoms that could have indicated a mini-stroke.

Aider Saledinov was less lucky.  He sought medical care on 3 April due to severe pain in the lower back. The paramedic on duty said that he couldn’t provide any help and told Saledinov to write an application.  It was already evening, so Saledinov decided he would write it the following morning.  The pain was acute and Saledinov lay down, covering himself with a blanket.  This was observed, since the cells have CCTV cameras in them, and the same paramedic turned up to tell him that this was not allowed. Saledinov again explained that he was in pain, although he did get up after the guard on duty also appeared and told him to wait until the time when he was ‘allowed’ to lie down.

Despite the fact that he was suffering pain and receiving no help and that he did get up nonetheless, he was placed in a punishment cell for three days.  They pulled in a ‘doctor’ who measured his blood pressure and temperature, gave him a painkiller and claimed that he was in fit condition for the even more intolerable conditions of the punishment cell.

Such treatment and conditions are tantamount to torture and would be unacceptable under any circumstances.  Here the victims are recognized political prisoners, persecuted for their faith and, in an ever-increasing number of cases, for their civic activism.

At the present time, Russia is also holding two men in custody whose medical condition, even by Russian standards, precludes imprisonment.  Both 58-year-old Edem Bekirov and 20-year-old Pavlo Hryb are clearly victims of politically-motivated persecution which Russia is continuing, despite the fact that they are placing the men’s life in very real danger.