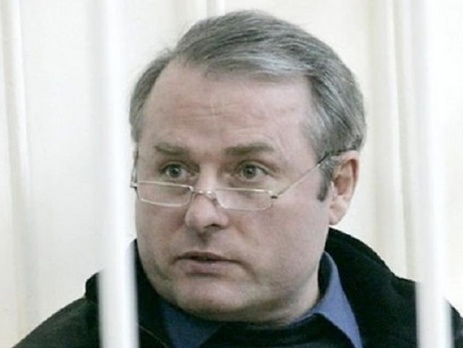 Former MP Viktor Lozinsky’s criminal record for a high-profile killing in 2009 has been cancelled in the latest of a whole series of eyebrow-raising court rulings over his case.  Lozinsky served less than six years of the initial 15-year sentence and has now had the slate cleared altogether.

Lozinsky was convicted in 2011 of the murder of 55-year-old Valery Oliynyk on 16 June 2009.  He was at the time an MP from the Bloc of Yulya Tymoshenko, and the case was certainly used against the party by Tymoshenko’s opponents, especially after Viktor Yanukovych became President in February 2010.  Tymoshenko’s party initially stood behind Lozinsky, claiming that he had done nothing wrong, however, as details emerged, Tymoshenko herself called on Lozinsky to resign. This he did on 3 July 2009, but then promptly went into hiding.  He was detained finally on 1 March 2010.

Lozinsky was sentenced in April 2011 to 15 years’ imprisonment, and Holobenko to 9 years, with Kovalsky receiving a 5-year suspended sentence. Lozinsky’s sentence was reduced at appeal level to 14 years.

Then in June 2014, it was learned that Lozinsky had been released ‘on health grounds’.  Health-related early release is possible in Ukraine, but usually applied only where a person is close to death.  In this case, the State Penitentiary Service’s doctors had made no recommendation for Lozinsky’s release, however a panel of judges, under presiding judge Serhiy Vozynyk, from the Boryspil City-District Court, chose to consider “a specialized medical assessment” and order his release.  The assessment gave a whole range of supposed medical conditions, including a serious cardiovascular disorder.

President Petro Poroshenko reacted by calling Lozinsky’s release “a diagnosis of the critical state of the judicial system”.  The Kyiv Regional Prosecutor’s Office appealed against the ruling, and a spokesperson for the Prosecutor General’s Office said that they would initiate proceedings against the judge.  The case elicited a lot of public attention and whether such proceedings really were brought remains unclear, however Lozinsky did end up back in custody.

In December 2014, the Prosecutor General’s Office announced that they had placed a former Kyiv Oblast prosecutor Volodymyr Babenko on the wanted list.  He was suspected of facilitating the unlawful release of Lozinsky.

In February 2016, Lozinsky received early release on the basis of the so-called Savchenko law which counted 1 day in SIZO [remand prison, where the conditions are very bad] to be the same as 1.5 days of the actual sentence.  It was announced in March that the prosecutor had appealed against the early release, and Prosecutor General Yuri Lutsenko even asserted in April 2017 that the High Specialist Court had overturned the early release.  It is not at all clear what happened to that ruling, which should have been final, since Losinsky appears to have been at liberty since 2016.

After going into hiding to avoid arrest, Lozinsky finally spent less than six years in custody for murder.  He will now be freed of any constraints that a criminal record entails. This is assuming, of course, that the court ruling was not appealed, even without public outrage.