Death no obstacle to Russia’s brutal persecution of Crimean Tatars 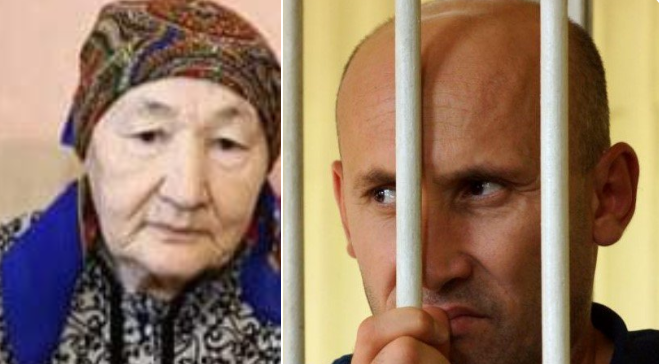 Zevri Abseitov, a talented dentist, once gave up a good work opportunity in Poland because he could not leave his elderly parents. Then Russia annexed Crimea and Abseitov became one of the ever-increasing number of Crimean Tatar and other Ukrainian political prisoners.  His 81-year-old mother, Nadzhiye died on 22 May, 2019, three years after her son was taken from her and from his four children.

Abseitov is now in Rostov-on-Don, awaiting the appeal against huge sentences on fabricated charges passed on him and three other Crimean Tatars from Bakhchysarai: Rustem Abiltarov; Enver Mamutov and Remzi Memetov. Abiltarov’s father died last year, also without having seen his son.  If in their cases, Russia could claim physical distance as excuse for not allowing them their last farewell, there was simply no justification for its treatment of Akhtem Chiygoz, Deputy Head of the Crimean Tatar Mejlis, whom Russia had imprisoned in January 2015 on surreal charges in breach even of Russian legislation.  Chiygoz was given just 10 minutes with his dying mother in June 2017, and that was only after his lawyer and human rights groups succeeded in stirring up public outrage far beyond Ukraine.  It is a son’s duty to lay his mother to rest, yet when Aliye Abduraimovna died two weeks later, Chiygoz was prevented from attending the funeral.

Chiygoz had not been convicted at the time, and the sentences against Abseitov and Abiltarov are still at appeal stage. The presumption of innocence is, however, a concept that finds no place in the system of repression which Russia has unleashed in occupied Crimea.

The four Crimean Tatars from Bakhchysarai were arrested after the standard armed searches that found nothing on 12 May 2016.  The charges against them are essentially of unproven ‘involvement’ in the peaceful pan-Islamist Hizb ut-Tahrir movement which is legal in Ukraine. Russia declared the organization ‘terrorist’ and regularly imposes huge sentences, although it has never provided any reason for prohibiting as ‘terrorist’ an organization not known to have committed any act of terrorism anywhere in the world.

Long after the men’s arrest, new charges were brought under Article 278, of having been planning to violently seize power.

In declaring all four men political prisoners, the authoritative Memorial Human Rights Centre pointed out that this extra charge was “based solely on the fact that Hizb ut-Tahrir strategy envisages in some undefined future “the replacement of non-Islamic governments by Islamic”.

Memorial also stated that the men had been imprisoned without any elements of a crime and reiterated its warning that in this, as in other cases, Russia was in breach of international law since it was imposing its legislation on occupied territory.

The ‘trial’ was deeply flawed, with some of the supposed ‘evidence’ quite bizarre in its irrelevance.  Even the prosecutor went silent, for example, when asked to explain how a brochure on the health benefits of black seed oil, found by the armed officers brandishing machine guns who burst into the men’s homes,was supposed to prove the serious ‘terrorism’ charges which the men were facing.

These prosecutions, which are known to bring bonuses or promotion to the FSB officers who initiate them, require minimum effort since ‘secret witnesses’ and highly suspect ‘expert assessments’ are used.  The court, furthermore, ignores clear evidence that such witnesses are lying.  One of the ‘witnesses’ in this case, for example, claimed that he had been to see Abseitov at his dentist’s surgery and that they had afterwards gone to a café where Abseitov was supposed to have told him that he was involved in Hizb ut-Tahrir.  Under cross examination, the person gave a completely wrong description of Abseitov’s office, and could not describe the café which he had purportedly visited with Abseitov, though he claimed to remember the latter’s words.

This was indicative of the level of the entire ‘trial’, yet on 24 December 2018, presiding judge Roman Konstaninovich Plisko, together with Anatoly Vladislavovich Kolesnik and Igor Vladimirovich Kostin from the North Caucuses Military Court in Rostov, convicted all four men. Mamutov was sentenced to 17 years’ imprisonment, Abseitov; Abiltarov and Memetov to 9 years.

A date for the appeal hearing is yet to be set.