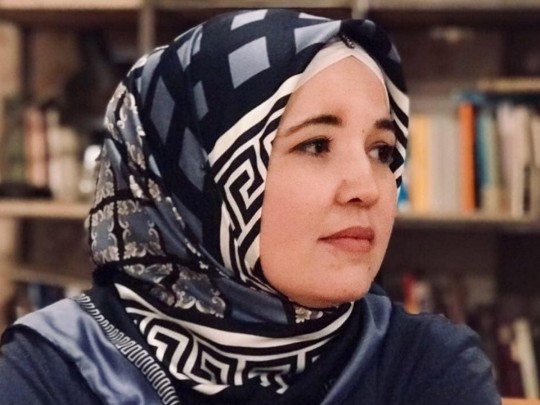 Lutfiye Zudiyeva, a prominent human rights activist and civic journalist in Russian-occupied Crimea, has been detained, prosecuted and fined for three Facebook posts which she personally had nothing to do with, but which somebody tagged her on when posting five years ago.  The administrative prosecutions against Zudiyeva and another Crimean Solidarity activist, Mumine Salieva, were clearly only pretexts for repressive measures, but they do create some very dangerous precedents.  As well as the clear escalation of repression against women activists, this is also the first time that an activist has been prosecuted merely for the fact that somebody else tagged them on Facebook.  Of these three posts from 2014, only one of them, on 25.02.2014, tagged her after Russia’s annexation, the other two were when even Russia does not dispute that Crimea was under Ukrainian law (15 and 17 February 2014).

As reported, Zudiyeva was detained on 30 May 2019, and held in the so-called ‘centre for countering extremism’ for several hours, with the lawyers who arrived to represent her being refused access for most of that time.

She was charged under Article 20.3 of Russia’s code of administrative offences for supposed ‘propaganda or public display’ of the symbols of an organization which Russia has banned.  Russia has used this particular article for other politically-motivated prosecutions, most notoriously of human rights lawer Emil Kurbedinov, however this occasion is very different.  The material, allegedly showing a ‘prohibited symbol’, was posted by a Russian activist living in exile, Tagir Minibaev, and Zudiyeva was simply tagged on by him.

The posts used for the prosecution were presented only as screenshots, and Zudiyeva herself told the Russian-controlled Kievsky district court in Simferopol that she had not been able to find them in her search of her Facebook page.

Asked how the tagged publication from five years ago had been found, ‘police major’ Nikolai Lalik, said that the Russian-controlled police carry out monitoring of Facebook pages.  In fact, when asked, he claimed to not remember whether he had seen the symbol or signature of a prohibited organization on the material they had allegedly uncovered during monitoring. This was, in fact, one of the main answers, along with “I don’t know”, from all those who took part in Zudiyeva’s detention on 30 May.

Zudiyeva herself is in no doubt that all the measures against her are a weapon against her and other activists.

During her address to the ‘court’, she explained that she is an educationalist and began her own children’s educational centre in 2015.

On 27 January 2016, however, the FSB, other enforcement officers and officials from the education department, turned up at the school and carried out a ‘comprehensive check’.  Purely on the grounds of her Muslim clothing, and the fact that the school is both Muslim and Crimean Tatar, they decided to check whether “some kind of thoughts or concepts against current legislation were being circulated in my children’s centre”.   Although they found absolutely nothing, and did not initiate any proceedings, they still took away children’s books, returning them, without any explanation, only after several months.

“It was from that moment that my active human rights work began, since immediately after that search, mass searches and arrests of Crimean Tatars began in Crimea”.

She believes the prosecution to be totally fabricated and linked specifically to my human rights activities.  It is an attempt, she says, to put pressure on her and other activists in Crimea.

The symbol in question was almost certainly linked to the peaceful Hizb ut-Tahrir movement, which is legal in Ukraine and which only Russia has declared ‘terrorist’.  Russia is now carrying out mass arrests of Crimean Tatar activists and charging them with ‘terrorism’, purely on the unproven claim that they are ‘involved’ in Hizb ut-Tahrir.  The use of ‘terrorism’ charges is useful to the occupation regime, since the very word arouses fear and distrust.  This, Zudiyeva notes, is a major problem for her, given her engagement in children’s education, with this also, doubtless, deliberate.

Despite the dangerously flawed nature of the charges, and the fact that two of the three tagged posts pre-dated Russia’s annexation of Crimea, ‘judge’ Olga Gurina took four hours to find Zudiyeva ‘guilty’ and order her to pay a two-thousand rouble fine.

Mumine Salieva was also found ‘guilty’ of the same change under Article 20.3 by another ‘judge’ from this same court, Anton Tsykurenko.  Over a single post in 2013, and therefore before annexation, Salieva was fined one thousand roubles.

Both women have four small children, and both are very well aware how many Crimean Tatar and other Ukrainian activists have first faced administrative prosecutions, and then equally fabricated criminal charges.  Salieva’s husband, Seiran Saliev, is one of them.  He is now facing a sentence of at least 10 years.

Everything about the detention and prosecutions of two women who have worked tirelessly in informing about the repression in occupied Crimea and helping the victims seems clearly aimed at demonstrating that Russia will not stop at targeting women with children.  The FSB have already proven on many occasions that any charges will do. The fact that the FSB have now decided that even Facebook tags can be ‘incriminating’ is also a very frightening precedent, with major scope for abuse.

Russia’s evident attempts to crush civic activism in Crimea is so far failing.  There was a very large crowd of members of the Crimean Tatar community outside the ‘court’ on 31 May.  Most remained until after the sentence was passed, after 23.00, despite the obviously difficulty of standing in the heat during the Ramadan fast.