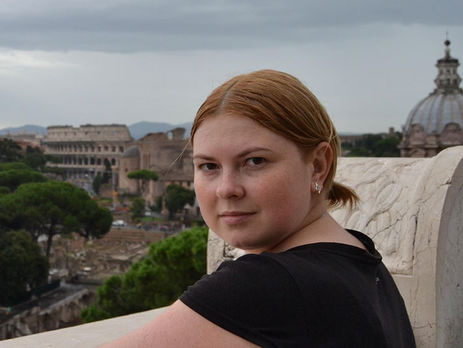 A court in Ukraine’s eastern Dnipropetrovsk region has sentenced five men to prison terms in the high-profile case surrounding the death of anti-corruption activist Kateryna Handziuk.

Handziuk, a 33-year-old civic activist and adviser to the mayor of the Black Sea port city of Kherson, died in November -- three months after she was severely injured in an acid attack near her home in the southern city of Kherson.

Handziuk’s killing outraged Ukraine, with activists accusing the authorities of failing to complete the investigation or identify the mastermind. All five defendants pleaded guilty and made deals with investigators.

The Pokrovske District Court on June 6 sentenced Serhiy Torbin, the coordinator of the attack, to 6 1/2 years in prison, while Mykyta Hrabchuk, who carried out the attack, received a six-year prison term.

Volodymyr Vasyanovych and Vyacheslav Vyshnevskiy were sentenced to four years in prison each and Viktor Horbunov received a three-year prison term for their roles in the attack.

The five men were initially charged with murder but that was eventually lessened to inflicting severe bodily harm.

In February, the head of Ukraine’s Kherson regional parliament, Vladyslav Manher, was arrested on suspicion of ordering the attack, an allegation he has denied.

Manher was later released on bail as an investigation of the crime continues.

Handziuk suffered severe burns to nearly 40 percent of her body and lost sight in one of her eyes after the acid attack, according to doctors who treated her at a burn center in the Ukrainian capital, Kyiv.

Doctors performed 11 surgical operations to try to save her life. From her hospital bed, Handziuk was stinging in her criticism of police corruption, vowed to track down her attackers.

Handziuk’s death came amid a wave of attacks on Ukrainian civic activists.

Human rights activists have accused law enforcement agencies of failing to thoroughly investigate the cases and even of possible complicity in some of the attacks.

The United States and the European Union have called the attacks unacceptable and urged the authorities to bring the perpetrators to justice.