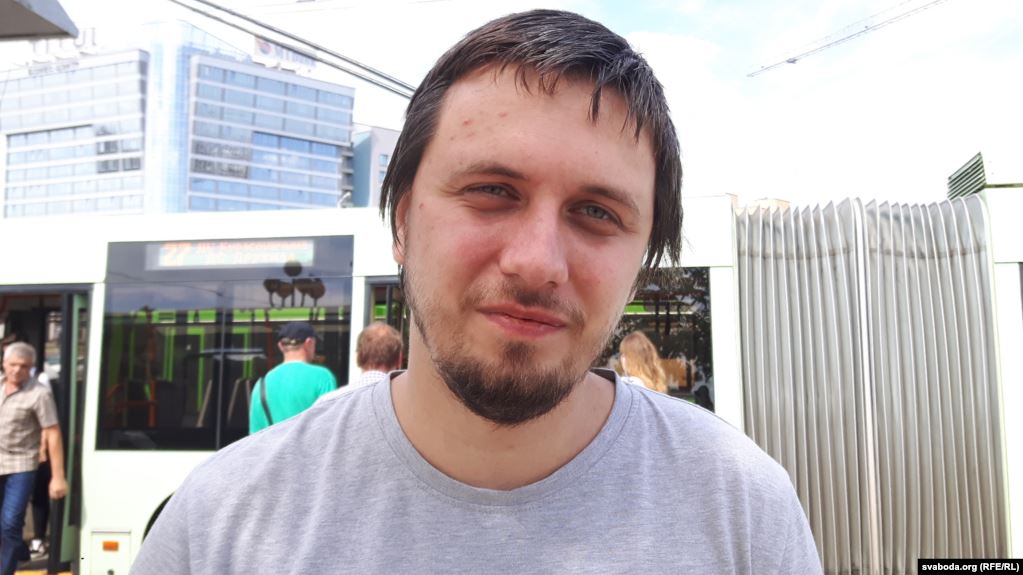 Ukraine’s Security Service [SBU] have deported a former political prisoner to Belarus, less than two years after the Belarusian authorities helped Russia abduct Pavlo Hryb, a Ukrainian student in order to imprison him on politically motivated grounds.  This is the latest of many occasions where Ukraine’s enforcement bodies appear to be showing a baffling willingness to collaborate with their counterparts in countries with a shocking human rights record.

Aliaksander Frantskevich is a Belarusian anarchist who was sentenced to three years in 2011 for what the authorities called ‘malicious hooliganism, deliberate damage to property and unauthorized access to computer information’.  He and four others had been arrested on suspicion of an arson attack on the Russian embassy and the so-called ‘Centre for the isolation of offenders’ at Okrestina.  He was recognized as a political prisoner by human rights organizations.

Frantskevich was released in September 2013, and in 2015 left for Kyiv.  He received residency in Ukraine and worked as a computer programmer, while retaining his contacts with others anarchists.  He complained to Belarusian journalists in 2018 that he was facing pressure from the SBU.

It appears that Frantskevich disappeared after going to the Migration Service in Kyiv, and was then, at around 3 a.m. on 19 June forcibly placed on a train to Homel, in Belarus.  Radio Svoboda’s Belarusian Service has posted the document he was given.  This states that the decision has been taken by Major General Danylo Dotsenko,  Head of the SBU’s Department for Defence of National Statehood.  It asserts that Frantskevich’s activities were in conflict with the interests of Ukraine’s national security, sovereignty, territorial integrity and constitutional order, and that he was therefore deported and banned from Ukraine for three years.

Such allegations sound very serious.  The problem is that Frantskevich had been living in Ukraine since 2015, yet was effectively abducted from the Migration Service and deported against his will in the middle of the night.  The fact that the SBU gave him no chance to refute the accusation and to appeal against the decision to deport him elicits very disturbing suspicions about the SBU’s motives for flouting all procedure.

This is not the first time that the SBU has resorted to downright abduction in order to then hand a person over to the security service in Russia or, now, Belarus.

In June 2017, Vladimir Yegorov fled to Ukraine after facing politically motivated persecution in Russia.  He stated immediately that he wished to apply for asylum and was taken to the nearest Migration Service office in Chernihiv, where he completed the relevant documents.

On that day men arrived at the door who, according to Yegorov, identified themselves as from the SBU. They detained him and simply took him by car to a neutral zone on the Russian-Ukrainian border.  He was told that his application had been rejected since Russia had not declared him on the wanted list.  The border guards registered him as having illegally crossed the border without a passport and banned him from entering Ukraine for three years.  He was shortly after that arrested in Russia (see:

In September 2016, the SBU abducted another asylum seeker, 26-year-old Amina Babaeva, and took her by force to the border, where they handed her over to the Russian authorities.  The SBU then too abducted the young woman from a Migration Service office, claiming that she had ‘voluntarily’ left for Russia  (see: Ukraine’s SBU abducts asylum seeker, takes her by force to Russia).

The list of such examples is, unfortunately, much longer, with an active role often played by the Prosecutor General’s Office.  In September 2018,  Timur Tumgoev was forcibly handed over to Russia on 12 September, despite the fact that he faced reprisals because he had fought for Ukraine, and in breach of a halt on extradition having been issued by the UN’s Human Rights Committee.  This was an act of shocking treachery, the consequences of which were easily foreseeable.  See: Fighter for Ukraine savagely beaten after being treacherously handed over to Russia

Despite assurances that no Russians who had defended Ukraine in Donbas would be forcibly returned to Russia, there are now attempts to do precisely that in the case of Ruslan Omarov, see: Another fighter for Ukraine threatened with deportation to Russia .