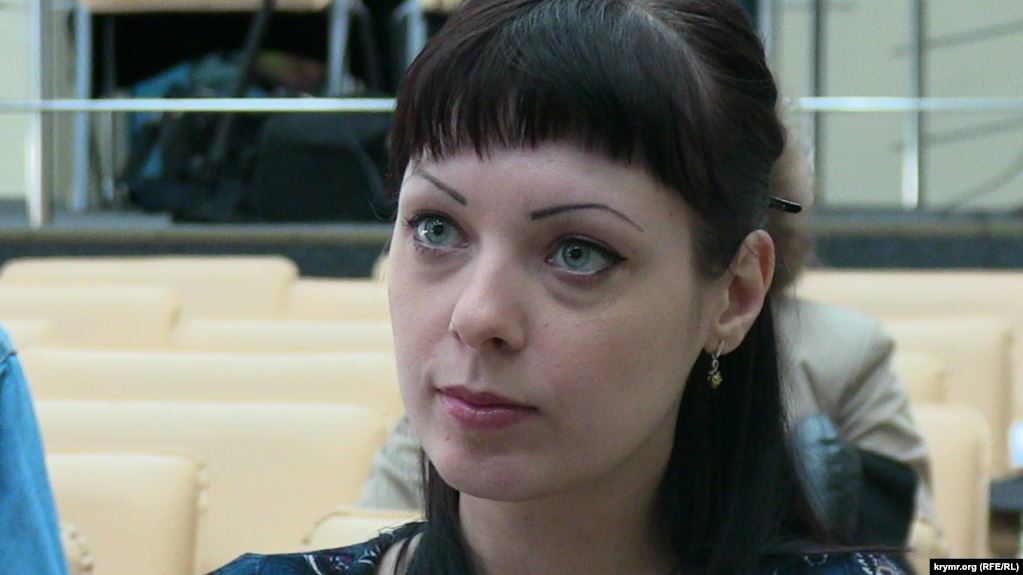 A Ukrainian court has ordered Russia to pay over a million UAH (around 34 thousand euros) in moral compensation to Anna Andriyevska, a journalist forced to flee Crimea because of Russia’s invasion and who is now in absentia facing persecution by the FSB for an article.  Russia has flouted many Ukrainian and international court orders, but this one may well hurt, since the money can be obtained by seizing Russian state property in Ukraine.

Andriyevska, who has internally displaced person [IDP] status was assisted by lawyers from the NGO Sila Prava [Force of Law],  with the ruling issued by the Solomyansky District Court in Kyiv.

The ruling was first noticed on 22 June 2019 by the Sevastopol publication Primechania who wrote that “the situation is serious: if Russia’s Ukrainian assets are totally sold off, Russian property will start being arrested at Kyiv’s request in Europe.”  Sila Prava insists that any Ukrainian citizen who has suffered from Russia’s aggression against Ukraine is entitled to seek compensation.

Primechania noted that over 3,5 billion USD in assets have already been arrested in order to pay the ever-mounting number of compensation claims.  The publication, based in occupied Sevastopol, consulted Aleksandr Molokhov, the head of a working group on international-legal issues under Russian President Vladimir Putin’s ‘representative office’ in Crimea.  Molokhov confirmed the arrest of the property, mainly from Sberbank and ВЭБа assets and capital.  The second of these is currently appealing against the arrest at the Arbitration Court in Stockholm.

Molokhov acknowledges that all of this could be a problem for Russia, especially once Ukraine is forced to seek the arrest of Russian property abroad.  He asserts that it’s time for Russia “to move from defence and excuses to an offensive”.

One of his proposals is almost comical in its brazen absurdity.  He suggests a ‘Public tribunal’ on what he calls the “Kerch incident” and says that this would be like the Tribunal organized by Bertrand Russell and Jean-Paul Sartre “over the American aggression in Vietnam”. He even proposes that they turn to “the International Court in the Hague” over “the Kerch incident”.

The problem with this bizarre suggestion is that Russia’s attack on three Ukrainian naval ships and seizure of 24 Ukrainian servicemen have been internationally condemned.  It is Russia that was ordered by the International Tribunal of the Law of the Sea to release the men immediately and return the naval vessels.  This it is so far refusing to do.

Anna Andriyevska is one of the many independent Ukrainian journalists who have been unable to even visit Crimea since Russia’s invasion and annexation.  In April 2015 it became clear that a new law which came into force in Russia (and, illegally, in occupied Crimea) soon after annexation was indeed intended to silence or persecute journalists and others for correctly speaking of Crimea as occupied territory.

An article that Andriyevska wrote for the Centre for Investigative Journalism was used as pretext for the detention and interrogation of two other Centre journalists Natalya Kokorina and Anna Shaidurova, as well as a search of the home of Andriyevska’s parents.

In Andriyevska’s absence, the FSB have charged her under the new Article 280.1 of Russia’s criminal code with something they call ‘public calls to action aimed at violating Russia’s territorial integrity’. This appears to be linked with an article published by the Centre for Investigative Journalism when she was already living in Kyiv.  The article “Volunteers of the Crimea [Krym] Battalion”  is about people providing support for the Krym [Crimea] volunteer battalion fighting in Donbas, and for other Crimean units fighting within other battalions.

Russia is calling this an ‘attempt to violate its territorial integrity’ and would, if they could catch Andriyevska try to jail her for up to five years.