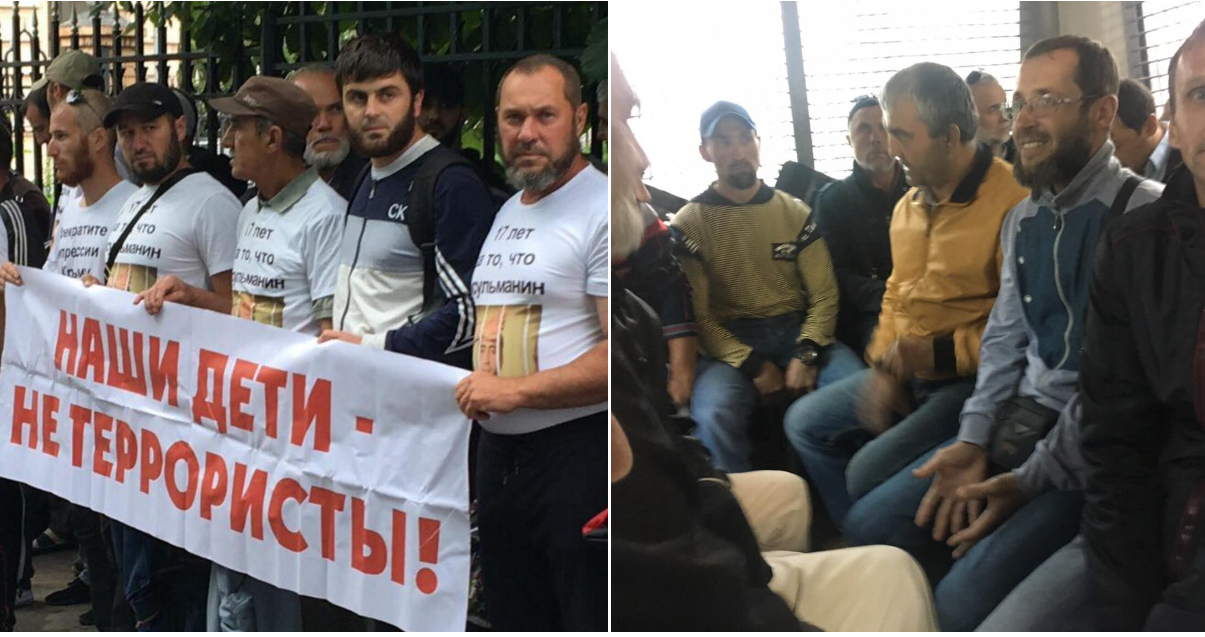 In yet another eerie echo from the Soviet past, around 50 Crimean Tatar activists were detained on 11 July in Moscow.  They were standing outside Russia’s Supreme Court, peacefully demonstrating their support for four Crimean Tatar political prisoners sentenced to huge terms of imprisonment, yet all were taken to police stations and are now facing administrative charges, as are seven men detained on Red Square on 10 July.   As, unfortunately, anticipated, the Supreme Court ‘judges’ refused to quash manifestly unjust sentences, and only knocked three months off both the 17-year sentence passed on Enver Mamutov and the 9-year sentences received by Rustem Abiltarov; Zevri Abseitov and Remzi Memetov.  This is despite the fact that the question some of the activists were wearing on their T-shirts, reading “17 years – for what???” highlighted what the judges doubtless understood very well, namely the total lack of grounds for the sentences against four men who had committed no crime.

The four Crimean Tatars from Bakhchysarai were arrested on 12 May 2016 after an early morning ‘operation’ in which armed and masked men burst into homes where small children are sleeping, find nothing in any way illegal, yet force the children’s fathers to the ground, handcuff them and take them away.  This was the third such wave of arrests on so-called ‘Hizb ut-Tahrir’ charges, although the second to reach sentence stage after the flagrant corruption and rigging in the ‘trial’ of human rights activist Emir-Usein Kuku and five other men caused a temporary delay in that case.

The men were all accused of ‘involvement’ in the peaceful pan-Islamist Hizb ut-Tahrir organization which is legal in Ukraine and which is not known to have committed any acts of terrorism or violence anywhere in the world.   The Russian Supreme Court ruling in 2003 which declared it a ‘terrorist’ organization was deliberately kept secret until it was too late to challenge it, and Russia has never adequately explained the ruling which it has been using since 2014 to sentence Russians and Ukrainians from occupied Crimea to huge sentences.

In concocting these cases, which are known to bring the FSB promotion or other benefits, at least one person is designated the role of ‘organizer’ of a Hizb ut-Tahrir group, while others are accused of ‘involvement’ in that group.  Since not one of the prosecutions in occupied Crimea has been based on any proof that such a Hizb ut-Tahrir group existed, the choice of Mamutov as ‘organizer’ in this case was largely arbitrary.  The difference, however, in sentence is massive.  Mamutov was charged under Article 205.5 § 1 of Russia’s criminal code), and even with the three month reduction, has been sentenced to 16 years and nine months.  The other men were charged under Article 205.5 § 2. 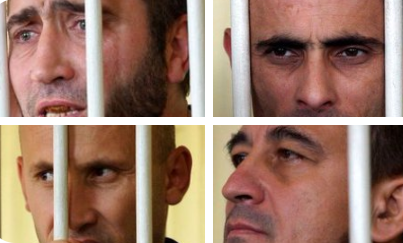 These are the first sentences since Russia started adding another grotesque charge, under Article 278, of ‘planning to violently seize power’. There is no justification for such charges and the Memorial Human Rights Centre has often noted that they appear to be used in cases where the imprisoned men refuse to admit to crimes they never committed.

The FSB use various forms of pressure to obtain such ‘admission’ since there is no proof to substantiate the charges.  Not one of the imprisoned Ukrainian Muslims has agreed to such a ‘deal’, and their dedicated lawyers have helped expose the total bankruptcy of the cases against them.  The prosecutions are based on highly suspect ‘expect assessments’ from individuals with a linguistic background and no specialist knowledge of Islam or religious matters in general.  They provide the ‘testimony’ required, though their reasoning is full of primitive mistakes.

The second constituent part of such prosecutions is provided by ‘secret witnesses’ whose identity and testimony cannot be objectively verified.  In this case, one such ‘witness’ could reel off the purportedly ‘incriminating’ acknowledgement of involvement in Hizb ut-Tahrir that Abseitov allegedly gave, but “couldn’t remember” and / or wrongly described Abseitov’s dental surgery and the café where all of this was supposed to have happened.

The third pillar on which such fatally flawed cases are based is Russia’s ‘justice system’.  Both the prosecutors and the judges essentially do what they are told, with the absolute limits of ‘judicial independence’ reflected in sentences that are slightly lower than those demanded.  This was the case with the judges from the Northern Caucuses military court (presiding judge Roman Konstaninovich Plisko, Anatoly Vladislavovich Kolesnik and Igor Vladimirovich Kostin) who passed the original sentences, and with those from the Supreme Court who upheld them.

All four men were declared political prisoners by the Memorial Human Rights Centre back on 18 September 2018.  Memorial has long pointed to the flaws in Russia’s Hizb ut-Tahrir cases, and the lack of any grounds at all for supposed ‘terrorism’ charges.  In the case of all Crimean Muslims, it also notes that Russia is violating international law by prosecuting men according to Russian law on occupying territory, with the situation particularly shocking since Hizb ut-Tahrir is perfectly legal in Ukraine.

Russia is now holding 55 Ukrainian Muslims on Hizb ut-Tahrir charges.  Since October 2017, it has been using such arrests as a weapon against activists and civic journalists from the Crimean Solidarity initiative.  In the course of a major operation against civic activists on 27 March 2019,  24 men were taken prisoner and are now facing horrifically long sentences for their civic activism and, in many cases, for seeking to ensure that people hear about what is happening in Crimea.

A large number of the men now imprisoned were themselves active, either through Crimean Solidarity or in any ways, in supporting political prisoners.  It is almost certainly the case that each of the men detained in Moscow on 10 and 11 July is aware that he could be next.

Enver Mamutov was born on 28 August 1975, and was working in construction.  He has seven children, five with his second wife.  His youngest daughter was just two months old when he was arrested.

Zevri Abseitov was born on 12 August 1975.  A talented dentist, he once gave up a good work opportunity in Poland because he could not leave his elderly parents. His 81-year-old mother, Nadzhiye died on 22 May, 2019, three years after her son was taken from her and from his four children.