Putin extends Russian attack on Ukraine, offering passports to all Ukrainians in Donbas 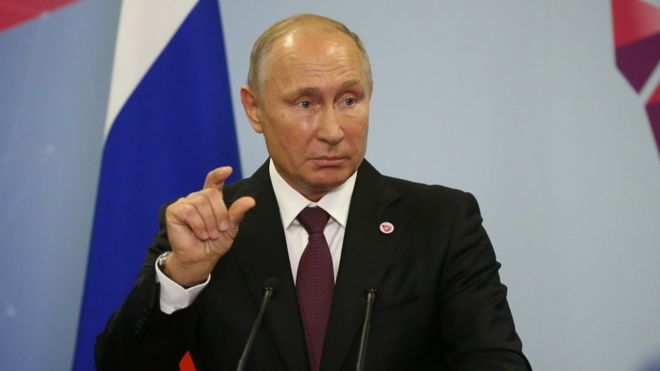 Russian President Vladimir Putin has issued a decree making it possible for all Ukrainians in the Donetsk and Luhansk oblasts (Donbas) to receive Russian citizenship according to ‘simplified procedure’, even if they live on Ukrainian government controlled territory.  The move was called a standard form of ‘marking out territory’ by Ukraine’s Ministry for Occupied Territory, and directly contradicts the excuses Putin gave for his 24 April decree.

Back in April, Putin claimed that the decision to issue passports was “of a humanitarian nature” and that, while having “no wish to create problems for the new Ukrainian leadership”, they could not tolerate a situation where citizens of these ‘republics’ “are deprived of any civil rights”.  Since Russia’s proxy ‘Donetsk and Luhansk people’s republics’ have followed Russia in crushing all civil rights, including freedom of speech, assembly, religion, and in making a mockery of court ‘trials’, Putin’s claim was dismissed by the international community which joined Ukraine in condemning the move.  The EU, for example, called Russia’s actions “an encroachment on Ukraine’s sovereignty”.

The first decree was widely viewed as being a direct challenge to Volodymyr Zelensky, who had been elected President of Ukraine just three days earlier.  Zelensky responded quite cleverly, promising that Ukraine would grant citizenship to Russians who sought shelter in Ukraine from persecution under the current regime.

Putin then also said that they were considering moves to make it easier for all Ukrainians to obtain Russian citizenship.  Four days before Ukraine’s parliamentary elections, Putin has taken another step towards this, abandoning his pretence about the supposed difficulties that Kyiv was creating for people in occupied Donbas.

The 17 July decree makes amendments to that from 24 April, mainly by removing the words “certain regions” of the Donetsk and Luhansk oblasts.  It does, however, apply only to people who were living in Donbas up to April 2014.

Putin aide Vladislav Surkov who is widely assumed to be in charge of the so-called ‘republics’ claimed back in April that the simplified passport procedure was because of “Russia’s duty to people speaking and thinking in Russian and who are now in a very difficult situation”.

The Kremlin is not even trying to conceal its efforts to help the electoral chances of Viktor Medvedchuk and other pro-Russian politicians in the ‘Opposition Bloc – For Life’.  It is likely that the latter will be endeavouring to push the ‘protection of Russian language speakers’ card, especially given Russia’s attempts to claim that Ukraine’s language law, which came into force this week, somewhere ‘prohibits’ the Russian language.

Any mass issue by Russia of its citizenship inevitably brings up associations with Moscow’s use of Russian passports issued in bulk to South Ossetians and Abkhazians as its excuse for the war against Georgia in 2008.  It seems just as clearly an act of aggression here.

It was announced on 8 May that Ukraine’s  Cabinet of Ministers had passed a decision, declaring any passports issued by Russia after 28 April 2019 (to Ukrainians) invalid.

“That action by Russia against Ukraine is in violation of the principles and norms of international law and is a direct risk to our country’s state sovereignty and territorial integrity”, Iryna Friz, Ukraine’s Minister on Veteran Matters, stated.  The decision, drawn up by the Minister on Occupied Territory Vadim Chernysh, was in line with the Ministry of Foreign Affairs statement on news of the decree.  This pointed out that such illegal issue of Russian citizenship would be legally meaningless and have no legal consequences, with no such citizenship being recognized by Ukraine.

There were much more controversial suggestions.  Fritz stated at the same time that the Cabinet of Ministers was working on proposals to add Ukrainians who receive Russian citizenship in this way to a database of people denied Ukrainian social payments and pensions.  For the moment, nothing more has been heard about this.  It is to be hoped that the idea will be dropped, if only because there is no way of knowing whether people are placed under pressure to apply for Russian citizenship.  The Ukrainian government decided soon after Russia’s annexation of Crimea that Ukrainians who took on Russian citizenship in a situation where they could not work, rent accommodation, get medical care or send their children to school had been forced to receive it and could not face any consequences for this.  The situation may be different in occupied Donbas, but we are unable to know how radically it differs.  That is not, of course, the case for people living in government-controlled Donbas.