Post-election Ukraine. More of the same or a new human rights agenda? 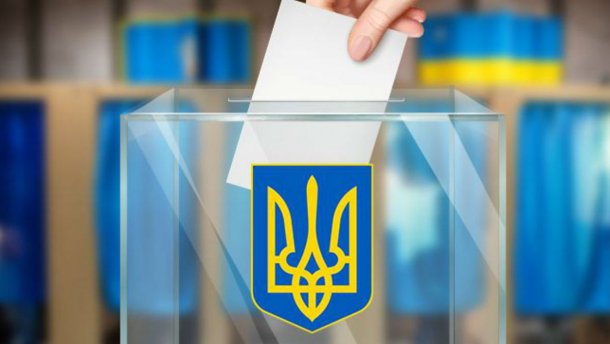 If the exit polls are right, the party of Ukrainian President Volodymyr Zelensky has won a very large majority in the 21 July parliamentary elections, though not large enough to go it alone.  The coming weeks will show whether Zelensky’s grandiose ‘lustration’ plans were for real, or merely an election gimmick.  They will also be decisive in showing whether the parties first entering or returning to parliament have any intention of carrying out the vital reforms discussed over recent weeks with human rights activists.

On 11 July, Zelensky produced a new video clip in which he announced plans to extend the law on lustration in force since October 2014.  The draft bill tabled in parliament that day proposed to extend the lustration restrictions on holding public office to people who held office under former President Petro Poroshenko and elected representatives at both national and local level.

As well as the absurdity of a situation where Zelensky would be excluding people his own team has chosen, merely because they served under Poroshenko, there were other concerns.  Lustration is an exceptional measure which was widely (though not universally) recognized as being needed in 2014 because of the grave degradation of whole branches of power during the regime of President Viktor Yanukovych.  There is nothing at all to suggest that the same measures were justified with respect to people in the Poroshenko administration, and there was immediate and very negative reaction from Ukraine’s western partners to the proposal.

The Civic Lustration Committee is unconvincedv and lodged a law suit asking for Zelensky’s decree on Bohdan’s appointment to be declared unlawful.  After the first court refused to consider the case, they challenged this at the Supreme Court, with the latter initiated proceedings on determining whether such a refusal was admissible.

If this was an election ploy, then the supposed lustration extension may simply be quietly shelved.  There is another possibility, but one that is more ominous.  The Constitutional Court could declare the law unconstitutional.  Whatever the (considerable) failings of the law, this would be a very worrying development especially since Bohdan is known to have had a secret meeting with the then President of the Constitutional Court on the eve of the second round of voting that brought Zelensky to power and Bohdan to high office.

Over recent weeks, the Human Rights Agenda Platform, a coalition of several prominent human rights groups invited all political parties taking part in the elections to give answers to questions regarding 13 vital steps towards real reforms. They met with five political parties: Servant of the People; European Solidarity; Holos; Syla I Chest and Samopomych, with four of these (not including Zelensky’s Servant of the People) providing answers to the questions on reforms put.

Assuming that the exit polls are borne out by the results, meetings were held with representatives of three parties that will be in the new parliament: Servant of the People; European Solidarity and Holos.

Some of the 13 steps require only political will, while other reforms have not really begun yet.

1.  Pass amendments, drawn up by the Constitutional Commission, to Section II of the Ukrainian Constitution on protecting human  rights and civil liberties.

2.  Revoke the Moratorium on buying and selling agricultural land and adopt a law on sale of land.

This may sound small, but it is not.  For the past 18 years, owners of plots of agricultural land   have been prevented from selling their own property due to a ‘temporary’ moratorium that keeps being extended.  The moratorium was purportedly aimed at protecting those who received plots of agricultural land after the Soviet kolkhozes (collective farms) were dissolved.  The owners certainly do not feel protected. Around 60% of them are 50 or older, and in very many cases, where the owners do not have heirs or cannot work the land themselves, the ability to sell or obtain fair rent for the land would significantly improve their standard of living

3.  Demonstrate that Ukraine is willing to fight impunity by ratifying the Rome Statute  of the International Criminal Court; the Istanbul Convention on preventing and combating violence against women and domestic violence and by adopting Draft Law No. 9438 on war crimes.  The latter was finally passed in its first reading in June this year, but over five years after the beginning of Russia’s undeclared war against Ukraine, this is much too slow (see: How many victims needed for Ukraine to finally prosecute for war crimes? )

4.  Continue judicial reform and adopt amendments to the Criminal Procedure Code on trial by jury.

5.  Begin reform of the SBU [Security Service of Ukraine] and deprive the SBU of functions it should not have and bring its activities into line with international standards, including by developing a mechanism for parliamentary oversight.

6.  Make amendments to the administrative and criminal codes on mechanisms for ensuring liability for discrimination and hate crimes.

7.  Prepare and adopt a law envisaging that the law enforcement bodies report to parliament once a year on the scale and results of the use of investigative operations.

8.  Legislative support for penitentiary reforms on protecting the rights of prisoners.

This would presumably include measures to ensure the removal of Article 391 of the Criminal Code.  This appalling relict from Soviet times makes it possible for Ukrainian prisoners to have up to three years added to their prison sentence for the most trivial of misdemeanours and gives dangerous scope for abuse.  Draft Bill No. 9228, drawn up on the initiative of the Reanimation Program of Reforms and the Kharkiv Human Rights Group was tabled in the Verkhovna Rada on 19 October 2018.  2018, yet has still to be considered.

10.   Adopt a national model for transitional justice and support the draft bill On the Principles of State Policy on Human Rights in Conditions Linked with the Consequences of the Armed Conflict.  This was drawn up by human rights groups in cooperation with the Human Rights Ombudsperson.

11.  Regulate at legislative level the legal status and social guarantees for people illegally imprisoned in Russia and occupied Crimea, as well as those who are held captive in occupied Donbas.

12.  Made changes to the Law on the Human Rights Ombudsperson to improve the procedure for electing such an Ombudsperson as well as on guaranteeing their independence. Also introduce independent specialised Ombudspersons, for example, on information.

13.  Create institutional mechanisms for permanent cooperation, regardless of the political situation and begin quarterly meetings between parliamentary factions and the Human Rights Agenda

Members of the Human Rights Agenda earlier presented an analysis of all the parties’ programs from the point of view of human rights.