Russia threatens criminal charges for not denouncing victims of its persecution 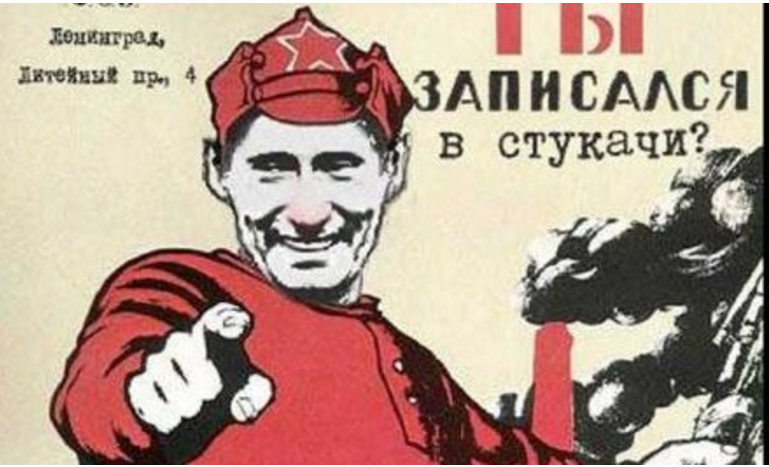 Fears that a new law criminalizing ‘non-denunciation’ would give Russia’s FSB a new weapon against victims of political or religious persecution and their families have proven well-founded.   The wife of a political prisoner has been prevented from travelling to Ukraine with her children and told she could face criminal charges for not denouncing her brother whom the FSB wants to imprison on the same fatally flawed ‘terrorism’ charges.  This is both an illegal extension of the law in question, and a very dangerous precedent.

Highly controversial Russian ‘anti-terrorism’ legislation, which came into force in July 2016, added a new article – 205.6 to Russia’s criminal code.  This punishes for something called ‘Failure to inform of a crime’ and envisages a sentence of up to one year’s imprisonment.  The entire law was condemned by the Crimean Human Rights Group as a new instrument for persecution of Crimeans.

The new article is particularly disturbing, not least because it introduces criminal liability from the age of 14 and encourages people to denounce others ‘just in case’.  There is supposed to be an exception for relatives, but anybody else can be arrested and charged with failing to report the alleged involvement in Hizb ut-Tahrir of a neighbour or colleague.  Hizb ut-Tahrir is a peaceful movement which is legal in Ukraine and which only Russia has chosen to call ‘terrorist’.  On illegally occupied Ukrainian territory, Russia has already imprisoned around 55 Ukrainian Muslims, almost of them Crimean Tatars, on unproven ‘terrorist’ charges based on unproven claims of involvement in a movement which has never committed an act of terrorism. It is now increasingly using such charges, and sentences of between 10 and 20 years’ imprisonment, against Crimean Solidarity and other civic activists and journalists in occupied Crimea.

As supposed evidence of ‘involvement’, the FSB comes up with ‘secret witnesses’ and illicitly taped conversations in a kitchen or mosque on religious subjects.  The FSB then uses ‘experts’ who have no knowledge on religious subjects but who are willing to (wrongly) claim that a particular word is only used by adherents of Hizb ut-Tahrir.

On 16 July 2019, the FSB prevented Regina Vakhitova, the wife of a political prisoner, together with her mother and two children from leaving Russia.  Vakhitova explained to the Memorial Human Rights Centre that they were travelling by car from Ufa in the Russian Federation to Ukraine at the invitation of relatives.  The family had travelling over two thousand kilometres in two days and must have been exhausted.

At a border crossing in the Kursk oblast, Vakhitova and her mother were interrogated about the purpose of their trip.  The FSB officials then photographed Vakhitova, took all fingerprints, as well as a saliva sample, and, without any explanation, refused to let them leave Russia.

Vakhitova then tried to get to Ukraine via Belarus, but was stopped at the border between Russia and Belarus. She was shown a letter from S.N. Korepanov, the investigator involved in the Hizb ut-Tahrir charges against her husband and brother. This claims that Vakhitova may be implicated in the ‘crime’ set out in the above-mentioned Article 205.6 on non-denunciation.  It claimed that she might have information about the location of her brother, Arat Ibragimov whom the FSB has so far been unable to arrest.  Lina Vakhitov is one of 22 Russian Muslims who were sentenced to a total of 340 years’ imprisonment on exactly the same flawed charges as those used to imprison Crimean Muslims.  Vakhitov was sentenced to 22 years, like all the others, without any crime.  All the men have been recognized by the Memorial Human Rights Centre as political prisoners.

Memorial HRC has expressed strong concern about the incident with Regina Vakhitova and says that it creates an extremely dangerous precedent.  The FSB had no legal grounds for preventing Vakhitova, her mother and children from leaving Russia.  The letter from Korepanov also justified nothing, especially as it was drawn up with gross infringements. This includes mention of Article 205.6 since even this draconian Russian law does exclude prosecution for wives and close relatives.

There has been one criminal prosecution in occupied Crimea so far under the ‘non-denunciation article.  The occupation regime claimed that Osman Muratov had known that his wife’s brother was in Syria, but had not told the occupation authorities and had continued to communicate with him.  The case was less obviously political, however also based on extremely suspect argumentation and ‘evidence’.  Muratov was found guilty, but fined, not imprisoned.