16 years old and tortured to death for supporting Ukraine. Five years on Russia protects his killer 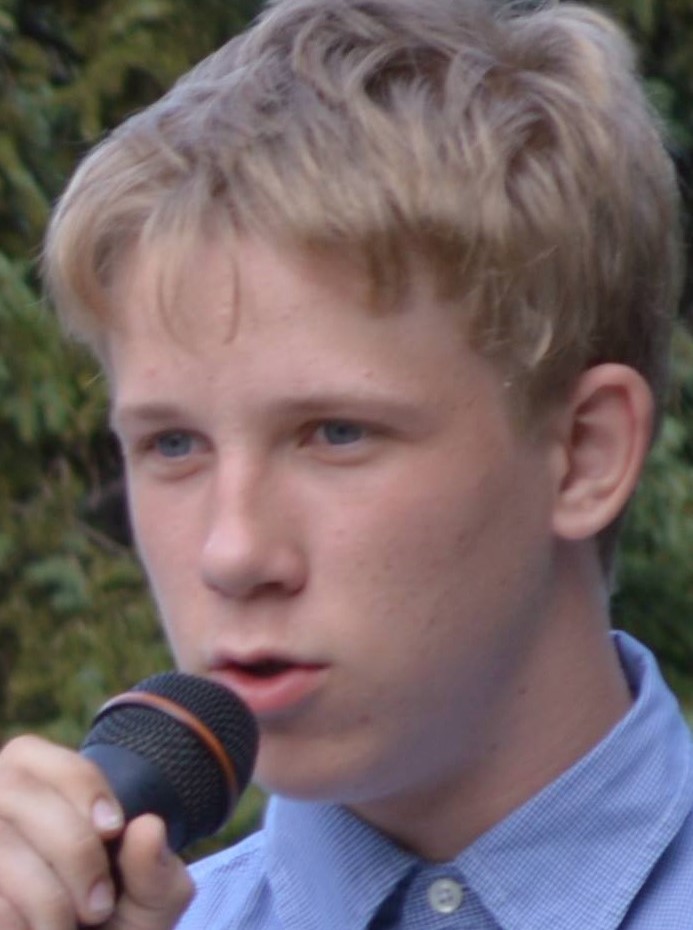 Stepan Chubenko should have been turning 21 this year, a young man with his life ahead of him.  He was savagely tortured and then killed when he was just 16, after the Russian-armed and controlled militants in Donetsk grabbed him because of ribbons in the colours of the Ukrainian flag on his rucksack, and a scarf of the Lviv football club that he supported.  The horror does not end there, as Russia has openly protected Vadim Pogodin, the militant leader who ordered the torture and then shot Stepan dead.

Stepan Chubenko was passionate about football, but was also into other sports, and seems to have also taken part in school dramatic performances.  According to his mother, Stalina Chubenko, it was Euromaidan that prompted her son to look at life differently, and to perceive the propaganda on television that his parents had yet to fully recognize.

When the fighting began in Donbas, Stepan’s pro-Ukrainian stand was clear and unwavering. “He was totally for Ukraine, for its territorial integrity. There could be no flags of any other country. And therefore he immersed himself in that fight, in the partisan movement, rallies. He was an active participant”, his mother recalls.

His parents had tried to persuade him to remain with relatives in Russia (where his mother is originally from), but he insisted on returning to Ukraine after the reports began of bombing.  He told his parents he couldn’t sit in the rear like a rat when his parents and his country were in danger.

Kramatorsk was seized soon after Russian ‘former’ military intelligence officer Igor Girkin and his heavily-armed men took control of neighbouring Sloviansk.  It was after Kramatorsk was liberated in early July that his parents decided that it was safe for him to return (from Kyiv). Donetsk, however, was by then occupied, and Stepan was seized on July 23 as he passed through the city

His parents became anxious after he stopped answering their calls and set off for militant-controlled territory in search of him.  They met with Alexander Zakharchenko, then the official leader of the self-proclaimed ‘Donetsk people’s republic’ [DPR], who promised to find out what had happened.  He told them the next day that their son had been killed.

Presumably because of the Chubenkos’ personal appeal, Zakharchenko initiated a criminal investigation over Stepan’s murder and one of the three men believed to have been involved – Yury Moskalev – was taken into custody. Moskalev served a short sentence then fled to Russia. Stepan’s mother Stalina Chubenko has learned that Moskalev was detained in 2016 on an INTERPOL red notice, however Russia did not hand him over to Ukraine.

They need not have worried. Whatever were the reasons why Pogodin was detained, they clearly had nothing to do with seeking justice.  Russia refused to hand him over, and it was likely that by now he has Russian citizenship (as have many of the Ukrainian Berkut officers suspected of involvement in the gunning down of protesters during the last days of Euromaidan).