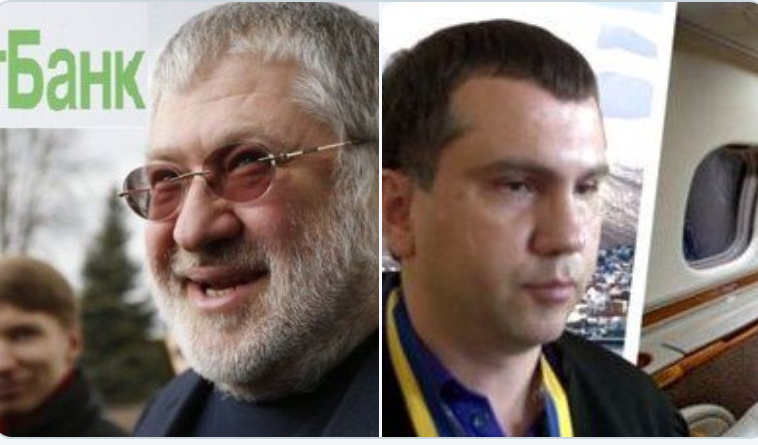 The criminal investigation has been carried out by the National Anti-Corruption Bureau [NABU] and the Special Investigations Department, within the Prosecutor General’s Office and certainly seems to warrant criminal charges being laid against Pavlo Vovk, president of the District Administrative Court and three other judges.

During the investigation, conversations between certain judges were secretly taped, with these made public on 26 July. They appear to reveal Vovk, his deputy, Yevhen Ablov and two other judges organizing the replacement of certain members of the High Qualification Commission of Judges [HQCJ] by others, as well as other shenanigans.

Vovk was appointed president of the District Administrative Court by former President Viktor Yanukovych as part of the methods used soon after Yanukovych came to power to ensure control over the courts.  During Euromaidan, Vovk’s court was notorious for its unlawful rulings against peaceful assembly, however Vovk has also been the anti-hero of numerous investigations into wealth which is in no way commensurate with his official earnings.  All of these reasons meant that he had a lot to fear during his qualification assessment from independent members of HQCJ.  It was precisely such members who were removed through a highly questionable court ruling in May 2019.

The material exposed on Friday emerged during an investigation carried out into the activities of District Administrative Court judges during Maidan, by investigators from NABU, the Special Investigations Department and the SBU [Security Service]. Attemps to interfere in the work of HQCJ were not confined only to the court ruling which replaced certain members of HQCJ. NABU also alleges that the Human Rights Ombudsperson Lyudmila Denisova removed the member of HQCJ whom she is allowed to appoint under pressure from Vovk.  As reported here, there was strong concern in June after Denisova suddenly dismissed her candidate for HQCJ, Andriy Kozlov.  The official reason given was easily refuted, and it was widely believed that he had been removed because of his hard-hitting criticism and independent position on the Commission.   Sytnyk stated at the press briefing that his investigators believe that Vovk had offered to quash certain protocols on proceedings initiated by the National Agency for the Prevention of Corruption (over incorrect information on three years’ income declarations) in return for being able to dictate the member of HQCJ officially appointed by Denisova.  It should be stressed that these are no mere allegations, but backed by intercepted and highly incriminating conversations between Vovk and others.

Vovk is also believed to have clinched such a deal with the State Judicial Administration to ensure that he could dictate the member that SJA is allowed to appoint.

The NABU and Special Investigations Department investigation identified attempts to influence judges from the Constitutional Court, the Administrative Court of Appeal, the State Bureau of Investigations, as well as members of the High Council of Justice.  Such activities were aimed at getting certain draft laws pushed through, as well as to ensure certain rulings in other cases, including regarding the possible unfreezing of property of ex-President Viktor Yanukovych.

During the press briefing on 26 July regarding the operation, Serhiy Horbatyuk, head of the Special Investigations Department, stated that they had identified systematic interference in the examination of court cases, as well as in the activities of other state bodies.  Since these include the Constitutional Court, ministries and other courts, both his Department and NABU are convinced that this is a threat to state security.

The Special Investigations Department and NABU also accuse the judges of seeking to exert influence on particular judges of the Constitutional Court in order to get them to adopt a particularly notorious judgement finding the law on illicit enrichment unconstitutional.  It is also asserted that similar methods have been used to try to influence the CCU’s judgement regarding the law on lustration.  This is still awaited, in particular by Andriy Bohdan, the Head of President Volodymyr Zelensky’s Administration.  His appointment was illegal, since he falls under the lustration law, and he is also understood to have held a secret meeting with the then head of CCU.

Mykhailo Zhernakov, Director of the DEJURE Foundation, believes that if Ukraine is at all serious about judicial reform, the exposures on 26 July must serve as grounds to dissolve the District Administrative Court in Kyiv and to totally overhaul membership of HQCJ.  Whether they will have real consequences remains to be seen.  As lawyer Yevhenia Zakrevska noted, the investigators could have merely sent the documents concerning the criminal charges to the Deputy Prosecutor General, Serhiy Kiz, whose signature is required. The high public profile of the events of 26 July, and the video produced, setting out the investigators’ allegations, may well indicate that they wanted to avoid the case being muffled.

See other methods also used by the District Administrative Court which have probably also contributed to the extremely controversial rulings in favour of oligarch and former PrivatBank owner Ihor Kolomoisky, Roman Nasirov, the ex-head of the State Fiscal Service, and against Ulyana Suprun, Acting Health Minister.