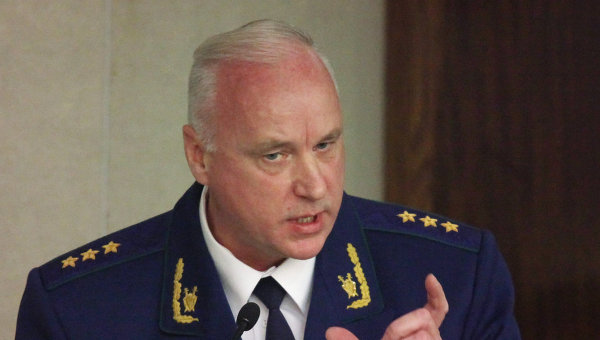 Exactly five years ago, Alexander Bastrykin, head of Russia’s ‘Investigative Committee’ promised that Russia would “come and get all those” Ukrainians it claimed were guilty of ‘crimes’.  He asserted that this was what other countries do, and “the right history gives us to carry out a criminal investigation.” As of the end of July 2019, none of the Ukrainian politicians and ministers mentioned have been abducted, but Russia has asserted ‘its historical right’ to international banditry by abducting and imprisoning at very least seven Ukrainian political prisoners.  That is without counting the 24 Ukrainian seamen seized in November 2018, and the ever-mounting number of Ukrainian political prisoners taken from their homes in Crimea to Russia, with this also in grave breach of international law.

The seven abducted Ukrainians are of different ages, occupations and state of health, but their cases have certain common factors. Almost all were savagely tortured to extract ‘confessions’ while held incommunicado and Russia never made any real effort to come up with plausible charges against them.

Karpyuk was seized by the FSB when trying to cross into Russia on 17 March 2014, seemingly after he and / or other leaders of Right Sector were promised negotiations with people close to Putin.  There was no information about his whereabouts, or even about whether he was still alive, until September 2015.  This was shortly before a grotesque show trial was to begin of Karpyuk and Stanislav Klykh, a historian from Kyiv, who had been tricked into coming to Russia in August 2014 to visit a woman he had met in Crimea.

The men were held incommunicado for 18 and 10 months, respectively. They had no legal defence, with the ‘lawyers’ provided by the ‘investigators’ there only to sign documents  During that period, they were tortured and, in Klykh’s case, stuffed with psychotropic drugs which appear to have had a devastating effect on his mental condition.

The men both retracted all ‘confessions’ as soon as they were allowed to see real lawyers, and described the torture applied. Although there is confirmation of Klykh’s account in his medical record, the main proof of the torture probably lies in the insanity of their ‘confessions’.

Russia claimed that Karpyuk and Klykh had, together with former Ukrainian Prime Minister Arseny Yatsenyuk; Yarosh; and several other prominent Ukrainian politicians, taken part in battles in Chechnya in Dec 1994 and Jan 1995, carried out all kinds of atrocities and killed 30 Russian soldiers.

Unbreakable alibis and historical facts that contradicted the prosecution’s case proved powerless in this thoroughly Stalinist show trial.  Karpyuk was sentenced to 22 years’ imprisonment; Klykh to 20.

Vyhivsky, who turns 36 on 3 August, his fifth birthday in Russian captivity, was seized at the Simferopol Railway Station on 17 September 2014 and taken against his will to Russia.  Vyhivsky, a graduate of the Electronics Faculty of Kyiv Polytechnic, has been fascinated by aviation since childhood and spent a lot of time on the Internet chatting with other enthusiasts, many of whom are in Russia.  He had been active in Euromaidan and was therefore at risk in Russian-occupied Crimea, and it appears that he was also tricked into going there, in the belief that he was helping an acquaintance in need.

Instead he was held incommunicado for eight months, without a proper lawyer or contact either with the Ukrainian consul or his family.  He was initially charged under Article 183 of Russia’s Criminal Code with illegally receiving and divulging commercial, tax or banking secrets. This was later changed to the much more serious, and mystery, charge of trying to gather Russian state secrets to pass on to the Ukrainian Security Service [SBU].  The allegations never made much sense, and his family still does not know what exactly he was charged with.  It is, however, known that he was also subjected to horrific torture during those 8 months and there are very strong grounds for doubting the FSB’s suspiciously flued charges.

He was sentenced on 15 December, 2015 to 11 years’ imprisonment.  He remains imprisoned, with the Russian authorities holding him in virtual solitary confinement most of the time.  While there are slightly less grounds for talking of abduction, there is every reason to assume that torture and refusal to allow access to legal defence were used to imprison two other Ukrainians -  Viktor Shur for 12 years and Ihor Kiyashko for 8.

Bastrykin threatened in July 2014 to abduct Yarosh from Ukraine.  Instead, in September 2017, the FSB abducted Oleksandr Shumkov, a 28-year-old lawyer, serving in the Ukrainian Armed Forces, because he had briefly been Yarosh’s bodyguard back in early 2014.

Shumkov was abducted from Ukrainian territory (in the Kherson oblast) after the car in which he was driving came under attack. A laser gun is believed to have been used against Shumkov, who was taken, unconscious, across the border into Russia.

He was charged under Article 282.2 § 2 of Russia’s criminal code with taking part in Right Sector in Ukraine, this deemed ‘involvement in an extremist organization which has been banned by a [Russian] court’   The charges were absurd in that Shumkov was abducted to Russia in order to be charged with activities on Ukrainian, not Russian, territory which were in no way illegal in Ukraine. They also flouted one of the most fundamental of all principles of the legal system, since his brief involvement in Right Sector had ended many months before Russia declared the organization illegal.

Shumkov was sentenced to four years’ imprisonment on 4 December, with this sentence upheld on 31 January 2019.

61-year-old Oleksiy Sizonovych from Krasnodon in the Luhansk oblast was, as feared, brutally tortured before ending up sentenced by a  Russian ‘court’ to 12 years’ imprisonment.  There is, sadly, nothing surprising about the torture, even for a man of his age, but the abduction to Russia came after he had been seized by Kremlin-controlled militants from the self-proclaimed ‘Luhansk people’s republic’ [LPR]

Nothing was even known about Sizonovych’s case until July 2017 when a military court in Rostov sentenced him to 12 years in a maximum security prison on charges of planning acts of sabotage and terrorist both in Russia and in the militant-controlled Luhansk oblast of Ukraine. The panel of judges ignored glaring evidence that Sizonovych had been brought against his will to Russia, although that effectively proved his innocence.

As with Russia’s earlier ‘trial’ of military pilot Nadiya Savchenko, absurd explanations were found to explain how Sizonovych had ended up in Russia. He had no access to a proper lawyer, and was only able to tell the Ukrainian consul about the electric shocks and other torture methods used to extract his ‘confession’ long after his sentence.

Ukrainian student Pavlo Hryb was just 19 when he was abducted by the FSB from Belarus, where he had gone, he thought, to visit a young girl with whom he had been corresponding.  The arranged visit proved to be a trap, with the young girl having been threatened with ‘terrorism’ charges unless she helped the FSB abduct Hryb.

Hryb was tortured by the FSB officers who took him by force to Krasnodar in Russia, where criminal charges were concocted, based on an alleged skype conversation between the 19-year-old Hryb and the girl, who was then 17 and at school.  The charges were evidently absurd and have been condemned by all democratic countries, as has been the fact that Russia is holding a young man with very severe health problems in detention.  Hryb suffers from serious blood circulation issues, including portal hypertension, and has needed specialist medical treatment and supervision most of his life. His complaints of stomach pain and nausea are immensely serious, since they could cause internal haemorrhaging at any time, which in the conditions of a Russian SIZO [remand prison] or prison colony would very likely prove fatal.

Hryb was sentenced to six years’ imprisonment on 22 March 2019, with that sentence upheld by Russia’s Supreme Court on 14 July during a hearing attended by foreign diplomats and the media.  This is a sentence he can almost certainly not survive.

In 58-year-old Crimean Tatar activist Edem Bekirov’s case, there are very serious grounds for fearing he will not live to Russia’s supposed ‘trial’.

Bekirov was seized by the FSB on 12 December, 2018, when he tried to cross into Crimea to visit his elderly mother and other relatives. He was held incommunicado until well into the evening, and without food or water until the ‘court hearing’ the following day that ordered his detention for two months. He was not on any ‘wanted list’ and the FSB’s behaviour was already thoroughly illegal.  They then came up with grotesque accusations.

The 58-year-old amputee, who walks with difficulty and swiftly gets out of breath, was charged with circulating and transporting more than 10 kilograms of DNT and 190 bullets ((under Article 222 § 2 of Russia’s criminal code).  The charges are based solely on the testimony of a totally secret ‘witness’.  The FSB have shown no interest in the fact that Bekirov can prove he was nowhere near the place in question, and his very grave medical problems make the charges simply grotesque.   launched a petition demanding what Russian law itself demands, that the authorities stop putting the 58-year-old amputee’s life in danger.  There are more details about Bekirov’s state of health and a petition reminding Russia that its own legislation demands Bekirov’s release here

There is more information about each of the political prisoners in the hyperlink on their names, with addresses where available. It is very important that the men, and Russia, know that they are not forgotten so please write if you can.