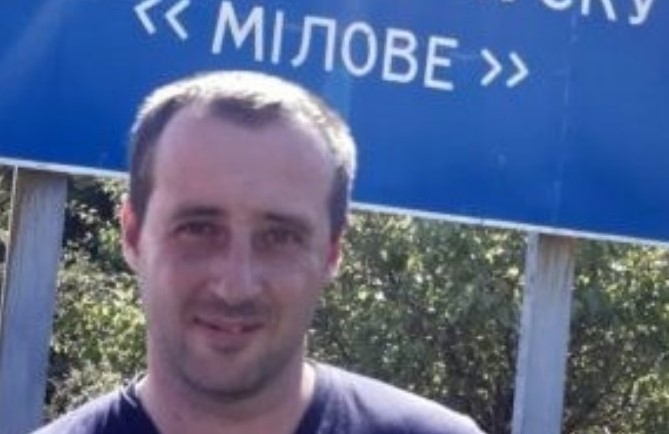 Volodymyr Prysich, who was tortured in Russian-occupied Crimea into ‘confessing’ on video to working for Ukrainian military intelligence and then imprisoned on a different charge, has returned home to the Kharkiv oblast, after three years in Russian captivity.  He is in need on medical treatment and rehabilitation after his ordeal, but has expressed gratitude both to those who facilitated his release, and to the people who wrote to him while he was in prison. He says that the prison administration’s treatment of him improved significantly after he received letters from Ukraine’s Verkhovna Rada and from Ukrainians in the USA.

Prysich is a truck driver from the Kharkiv oblast, and had the misfortune to be travelling into occupied Crimea on 13 August when the FSB were looking for Ukrainians for a fabricated ‘Ukrainian saboteur plot’.  He was seized that day, and forced, through FSB beatings and the use of electric shocks to say that he had been spying against Russia.

His videoed ‘confession’ was the last of four to be shown on Russian state-controlled television, and neither his family nor human rights groups knew very much more about his fate until his ‘trial’ in May 2017 and three-year sentence on charges totally unrelated to his ‘confession’.

Prysich was shown on Russian state-controlled television on 21 August 2016, ‘confessing’ to having been recruited by Ukrainian military intelligence in January 2016.  Driving around Crimea, he was supposed to have gathered information about the deployment of military technology.  The confession sounded as though he was reading a script.

He said that he had been in Crimea 8 times up till August, and had passed photographs of military technology, etc. to a Ukrainian military intelligence man 5 times.

The ‘confession’ was part of a longer feature about the supposed attacks by two groups of saboteurs, with a former Russian military intelligence officer saying that all of this had been planned at a high level, and that only the chief military commander “could take responsibility for carrying out a military operation in peacetime.”

Russia’s FSB had claimed on 10 August 2016 that it had foiled terrorist acts planned by the Ukrainian Defence Ministry’s military intelligence.  There were supposed to have been major incidents, with shelling from mainland Ukraine, during the nights from 6-7 and 7-8 August, with 2 Russians – an FSB officer and a soldier – killed.  A very different interpretation (a drunken brawl) has been suggested for the one incident during the first night and there was nothing at all to back the claims about the second night and alleged shelling from Ukraine.

There was no proof as such, only four videoed ‘confessions’ – from Yevhen Panov; Andriy Zakhtei; Redvan Suleymanov and Prysich.

It was then learned that Prysich had been sentenced on 18 May, 2018 to three years’ imprisonment. The sentence, handed down by Pavel Kryllo from the Gagarin District Court in Sevastopol, was on a charge of possession of a narcotic substance, with all mention of the ‘spying’ to which Prysich had ‘confessed’, forgotten.

In court Prysich denied all charges.  He said that he had been seized by masked men in Sevastopol in the morning of August 13, 2016 and taken somewhere for ‘questioning’ which began with them removing his shoes.  He was then administered an electric shock after each question and told to think carefully about his answer.

All of this was ignored by the Russian-controlled ‘court’ despite the fact that Prysich’s confession to something else entirely was already effective confirmation that he had given his testimony under duress.

Prysich’s appeal was held in the Sevastopol City Court on 3 August 2017. According to his family, the ‘hearing’ took all off 20 minutes, with Prysich, who was taking part by video link from the SIZO [remand prison], not even allowed to give a final statement.  The appeal had listed numerous infringements of material and procedural law, which the ‘judge’, Vasily Avkhimov, simply ignored.

He served the sentence in full in a Russian prison in Kabardino-Balkaria.