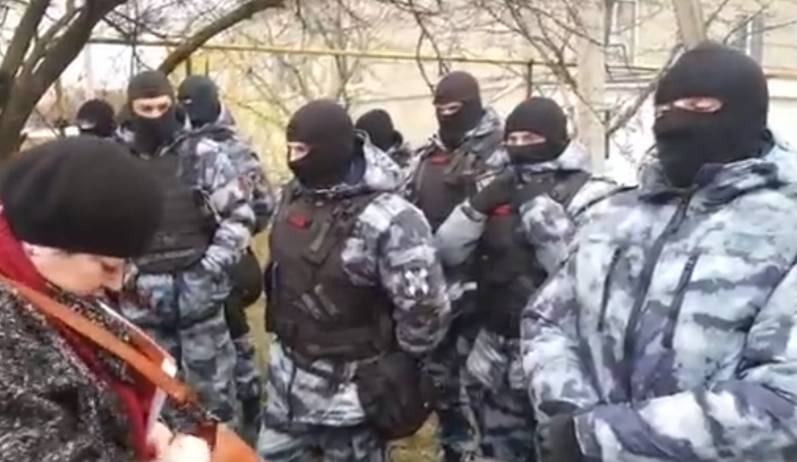 It is doubtless no accident that the rumours gaining momentum this week of an imminent release of Ukrainian political prisoners and POWs held in Russia coincided with the support expressed by US President Donald Trump for Russia to re-join the G7, and frustratingly vague statements from French President Emanuel Macron on this and related subjects.  With only “progress on the situation in Ukraine” and “good will in deeds” demanded by Macron, why would Russian President Vladimir Putin not release a few political prisoners?  Especially when Russia’s failure to comply with a binding order from the International Tribunal for the Law of the Sea [ITLOS] back on 25 May to release the 24 seamen was soon going to cause Moscow serious problems in any case.

For the moment, Germany, Canada and the United Kingdom have all stated that there are no grounds for returning Russia to the G7.  Macron himself is reported to have said that the situation cannot change without progress on the Minsk Accords.  These, however, make no mention of Crimea and it was Russia’s invasion and annexation of that Ukrainian territory which resulted in Russia’s exclusion from this elite group of states.

Moscow has already achieved one coup this year when it used blackmail and lobbying to quash sanctions and return triumphantly, together with sanctioned delegates, to the Parliamentary Assembly of the Council of Europe [PACE].  Reinstatement of the G8 would be used by the Kremlin and Russian state-controlled media to ‘prove’ that the world had accepted Crimea as ‘Russian’.

Russia is continuing to illegally occupy Crimea, which has seen grave violations of all human rights and an ever-mounting number of political prisoners.  As well as Crimean Tatars and other Crimean Ukrainians imprisoned for their civic activism, political or religious views, Russia is also holding a number of political prisoners from mainland Ukraine.  There are also the 24 seamen and prisoners of war who were captured after Russia opened fire on three Ukrainian naval boats on 25 November 2018.  Without counting Donbas, Russia is illegally imprisoning well over 100 Ukrainians.

Any release of political prisoners must be warmly welcomed, and we can only hope that the latest media reports on 22 August which spoke of 33 prisoners (counting the 24 POWs) are only wrong in being an underestimate.

Under no circumstances will that release be grounds for easing any pressure on Russia.  There will still be around 70 Ukrainian political prisoners held in Crimea and Russia, as well as over 100 POWs and civilian hostages, whose release from captivity in occupied Donbas also depends on Moscow.

Judging by the political prisoners who now appear to be in Moscow, and who, we hope, will be released, it seems clear that Russia is not releasing any of the Ukrainians who have been forced to take Russian citizenship in occupied Crimea.  For people with families, it is next to impossible to live, work, place your children in schools and get them medical care, without Russian citizenship.  They remain Ukrainians and need our support.

Russia is increasingly using concocted ‘terrorism’ charges as a weapon against civic activists and journalists, especially from the Crimean Solidarity civic initiative. There are already nine civic journalists imprisoned and facing huge sentences on such totally spurious charges, as well as at least 20 other Crimean Tatar activists.  These arrests, as well as those aimed at discrediting the Mejlis of the Crimean Tatar People, or as a propaganda ploy to claim that Ukraine is plotting acts of sabotage, will continue until Crimea is liberated.

Any direct or tacit reinstatement of Russia’s position in the world while it continues its occupation of Crimea and its aggression in Donbas would send a terrifying message that if you’re big and rich enough, then any military aggression and human rights violations will be tolerated.