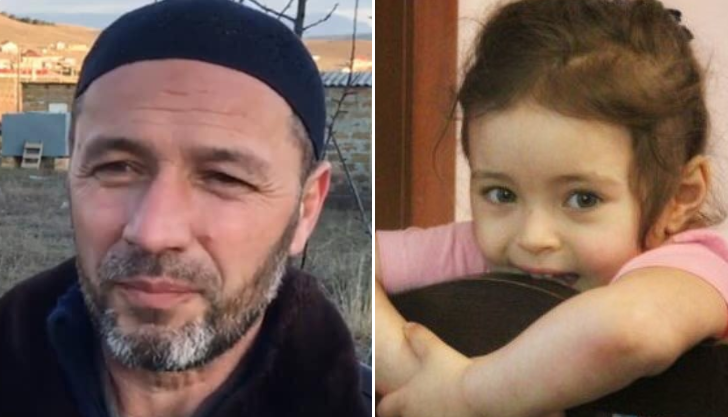 Bilyal Adilov is regaining strength after refusing all food and drink for several days in protest at the intolerable conditions in the Rostov SIZO [remand prison] where he and 23 other Crimean Tatar activists are illegally imprisoned.  He ended his dry hunger strike on 26 August after the prison authorities moved him to a cell where he can, at least, breathe.

Adilov began his hunger strike on 20 August, although this only became known during the latest detention extension hearing on 23 August, in which Adilov and five other political prisoners took part by video link with the SIZO.  Adilov’s lawyer Lyudmila Tyurenkova told the Crimean Solidarity initiative that Adilov looked very weak, and at one point a doctor needed to be called, although she seems to have only offered to test Adilov’s blood pressure. It is typical of the treatment the men are receiving, that throughout the entire ‘court’ hearing, some of the men had to stand as not enough chairs had been provided.

A number of political prisoners have approached the SIZO management about the shocking conditions.  In Adilov’s case, this led initially to him being placed in a cell with even worse conditions.  In order to attract attention to the situation and the fact that he was having trouble breathing in the damp cell, Adilov pulled out a wire, however this only resulted in him being placed in a punishment cell for 15 days where the conditions are still worse.

The defence is convinced that the ostentatiously bad conditions that the political prisoners are being held in are due to the men’s active civic position, which is reflected both in their complaints about the conditions, and in their applications to the court for the withdrawal of judges and the prosecutor.

Like all Crimean Tatar civic activists, Adilov, who is also a local Imam, has long faced harassment from the Russian occupation authorities.  In July 2017, he was first effectively abducted from outside a ‘court’ while reciting a prayer for the political prisoners that the ‘court’ hearing was about, and then fined for supposedly ‘threatening the police’.

Petty harassment of activists failed to quash the men’s activism and, especially, Crimean Solidarity’s coverage of politically-motivated court hearings.  On 27 March 2019, the Russian FSB and other enforcement agencies arrested 24 Crimean Tatars, almost of all of whom are members of Crimean Solidarity and / or civic activists.  Judging by initial reports, such as that of lawyer Emil Kurbedinov, it seems likely that they planted ‘prohibited literature’ during their ‘searches’ of these homes.  Four men were not at home, however three of them (civic journalists Osman Arifmemetov and Remzi Bekirov, as well as activist Vladlen Abdulkadyrov  were seized and violently beaten that evening.  It seems likely that the FSB had planned this case with 24 ‘defendants’, so when the 24th man,  Edem Yayachikov, was (seemingly) not found, they arrested another activist, Rayim Aivazov instead.

Gulnara Adilova recounts how they came for her husband on 27 March.  Around 20 men turned up very early in the morning, with the younger children so terrified at the sight of the men in masks brandishing machine guns that they hid together under the blankets.  Her father is 83, and when he saw the masked men, he collapsed.

The Adilovs’ eldest son, Fevzi, who is 17, was present throughout the ‘search’ which lasted several hours.  He has told Krym Realii how he saw the FSB officers coming out of their larder, where there is only a cupboard and a freezer, with three books.  These were so new that when you opened them, the pages still stuck together.  Fevzi says that he knows what books they have in the house, and that he had never set eyes on these before.  Furthermore, any books would have been on a bookshelf and not in the larder.

Lawyers who were prevented from being present during these supposed ‘searches’ on 27 March reported at the time that the FSB had planted books.  It is, however, an indictment of all those prosecutions that books purely of a religious nature are being planted and then produced during the ‘trials’ as though they are incriminating evidence.

In its assessment, Memorial HRC points out that the men are charged solely with ‘involvement’ in the Hizb ut-Tahrir movement, a pan-Islamist party which is legal in Ukraine. Russia is the only country in the world that has declared Hizb ut-Tahrir a ‘terrorist organization’, and has never provided any good reason.

“In not one of the criminal prosecutions that we are aware of, that have resulted in more than 250 Muslims being imprisoned, has there been any sign of terrorism, or even of plans or discussion of terrorist acts or the use of weapons”.

The first 23 activists were taken almost immediately to Russia, where they are being held in three different pre-trial prisons in the Rostov oblast.  There are no grounds for their detention at all, and the brutal speed with which they were taken away from Crimea is yet further proof that this was a targeted operation aimed at maximum terrorization.

PLEASE WRITE to Bilyal Adilov and, if possible, to some of the other prisoners.  Such letters tell the men that they are not forgotten, and Moscow that its treatment of these Ukrainian political prisoners is being watched.

The list below is broken up according to the SIZO [remand prison] where the men are held.  There is a full alphabetical list with slightly more detail at the bottom of the page.

As mentioned, Russia has never arrested so many activists at one time before and the sheer amount of words below, can be overwhelming.  Please use Adilov’s address under the sample letter, as guide how to write other names.