2020: There was no worse year in the realm of human rights after the Revolution of DignityInvestigation of individual terrorist crimesA brief description of the KHPG strategic litigations in July–December 2020Russian propagandist seized by Donetsk militants ‘for spying for Ukraine’ Agonizing silence about Ukrainian sportsman abducted by Russian military in DebaltsevePrisoner exchanged for Ukrainian hostages gets 17-year sentence in Russian proxy Luhansk ‘republic’The practice of application of Article 111 of the Criminal Code of UkraineRussian-controlled Donbas militants torture and imprison Donetsk lecturer for ‘spying for Ukraine’MPs challenged to fight Russian repression by adopting a Ukrainian political prisonerCriminal proceedings under Article 111 of CC of Ukraine against the journalistsRussia sentences Ukrainian ex-footballer to 12 years on secret ‘spying’ chargesRussian proxy Donetsk ‘republic’ sentences Ukrainian war veteran to 16 years for defending UkraineOpinion on the political motives of criminal persecution and violation of human rights in the case of Sergiy PashinskyRussia foists negotiations with Donbas proxies on Ukraine via fake Minsk Agreement roadmapUkrainian life sentence – because they needed to arrest somebodyUkraine takes vital step towards trial in absentia of suspected Maidan mass killersUkraine’s government steals money allocated for Kremlin hostagesThe Endless waiting that Russia has inflicted on families of Ukrainian soldiers missing or imprisoned in DonbasInternational human rights defenders find critical failings in Italy’s trial & 24-year sentence of Ukrainian soldier MarkivECHR intervenes over charity worker with HIV held hostage in Russian proxy Donetsk ‘republic’
• Topics / Terrorism 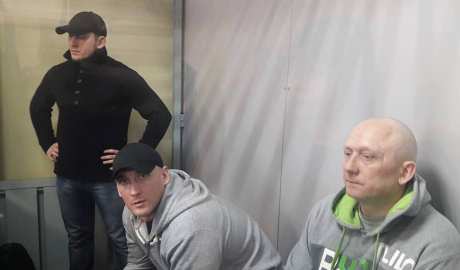 Three men on trial over a 2015 terrorist attack in Kharkiv have reportedly been added to the list of prisoners who could be handed over to Russia in exchange for Ukrainian political prisoners. If true, and the reports have been confirmed by one of the men’s lawyers, this will inevitably raise painful questions about whether the price Ukraine pays for the political prisoners’ freedom is not too high.  It will also, of course, encourage scrutiny as to Russia’s motives in including men suspected or convicted of grave crimes on the exchange list.

The terrorists had targeted participants in a Unity March on the first anniversary of Euromaidan or the Revolution of Dignity, on 22 February 2015. The bomb was detonated outside the Palace of Sport as around 500 participants, including children, walked towards Liberty Square, carrying a 250 metre long Ukrainian flag.  Since the explosive device contained both TNT and shrapnel, it was clearly aimed at killing and maiming, and that it did. The four victims were 15-year-old Danil Didyk; 18-year-old student Mykola Melnychuk; Ihor Tolmachev, a physicist and one of the coordinators of Kharkiv Euromaidan and police colonel Vadim Rybalchenko. 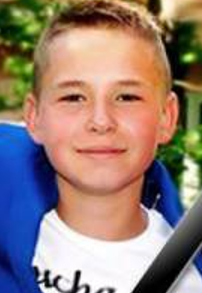 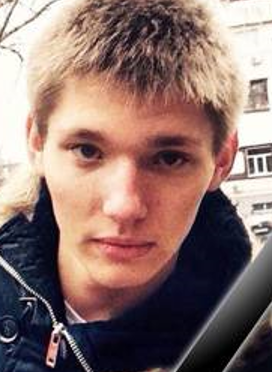 Over four years later, three men – Serhiy Bashlykov; Volodymyr Dvornikov and Viktor Tetyutsky - are on trial for their believed role in the terrorism.  After an initial report, without citing sources, by journalist Andriy Tsapliyenko, Dvornikov’s lawyer, Ihor Nahorny confirmed that the three defendants have been included on the list of prisoners for exchange.

Oleh Holovkov, the lawyer representing the families of the victims, is outraged.  He calls the move unacceptable, and promises that they will seek to raise public protest against it.  The trial, he adds, is in principle close to ending, although he accuses the defence of dragging out the proceedings for around a year.  Nahorny only recently took on the defence of Dvornikov, but he denies that there have been any delaying tactics.  He is also adamant that his client is innocent.

The first significant release by Russia of Ukrainian political prisoners was on 7 September 2019.  According to Ukraine’s Human Rights Ombudsperson Lyudmila Denisova, work is now underway on organizing the second exchange.

In exchange for the 24 Ukrainian POWs whom Russia seized on 25 November 2018 and 11 political prisoners, including Oleg Sentsov, Volodymyr Balukh and Edem Bekirov, Ukraine handed over 35 Russians or Ukrainians.

The exchange almost didn’t happen over Russia’s insistence that Volodymyr Tsemakh, a key witness (or suspect) in the downing by a Russian BUK missile of Malaysian airliner MH17, was included in the list.  The Netherlands had asked Ukraine not to hand him over, and has expressed understanding of Ukraine’s position, but regret that Tsemakh was included in the exchange.  Russia reportedly then swiftly sent him across the uncontrolled part of the border into militant-controlled Donbas, to avoid having to formally reject the Netherlands’ request for Ukrainian Tsemakh’s extradition.

Tsemakh was the most high-profile, but by no means the only person whose inclusion in the exchange list has proven contentious.  There are no easy answers, since some of the Ukrainian political prisoners returned had been imprisoned for over five years, and several suffered from life-threatening conditions. Russia has generally only shown interest in getting people back whose testimony at international courts could prove extremely inconvenient (the two Russian military intelligence officers exchanged for Nadiya Savchenko, Tsemakh and others). There were other remand or convicted prisoners who were suspected or convicted of serious crimes, including killing Ukrainian soldiers, with these effectively going unanswered for the sake of getting Ukrainian political prisoners home.

During 2015, there were a large number of terrorist acts in Kharkiv, Odesa and Kherson – all oblasts which Russian President Vladimir Putin had claimed were part of ‘Novorossiya’, together with the Donetsk and Luhansk oblasts.  The suspicion must, obviously, arise that inclusion of three men accused of a fatal terrorist attack in Kharkiv on a Ukrainian – Russian exchange list may be governed by the same motives as with Tsemakh, to avoid the men providing incriminating information.