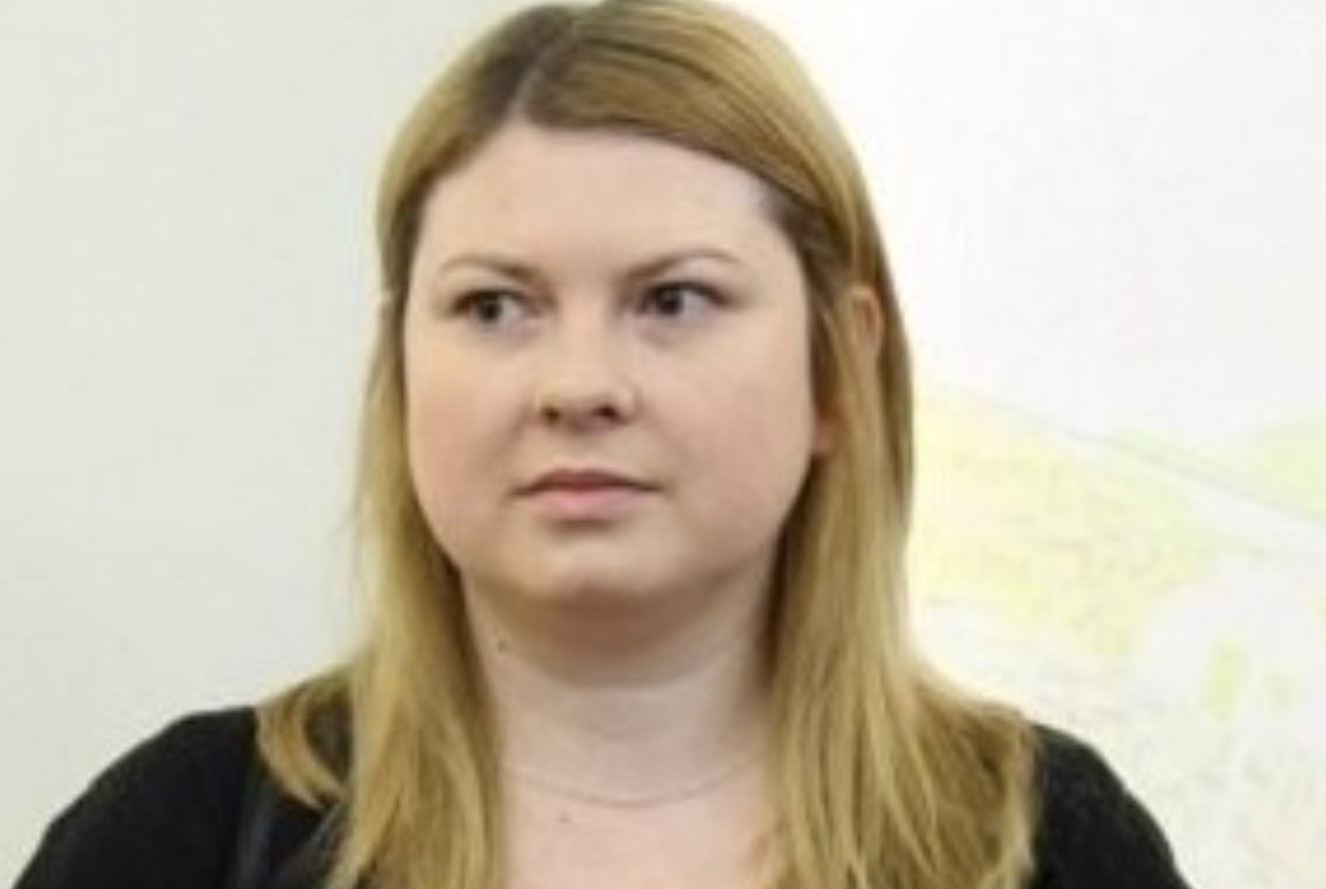 “What do you now understand about this world?”

“That it can suddenly become empty.  That it is possible to become determined,

while having lost hope.”

- Viktor Handziuk, 11 months after the savage murder of his daughter

Ihor Pavlovsky, a key suspect in the commissioned killing of Kateryna (Katya) Handziuk has for the fourth time failed to appear at his own trial.  His claim of illness is unbacked by any medical documentation, and refuted by the number of times he has allegedly been seen at public events in Odesa, yet the prosecutor on 15 October made no effort to verify the grounds for his absence.  The charges against Pavlovsky have already been significantly reduced after he was allowed to reach a deal with the investigators, without Katya’s father, Viktor Handziuk and his lawyers being informed.  Pavlovsky is not the only suspect in this case whose prosecution is either being stalled or is not happening at all and Viktor Handziuk is not alone in doubting the commitment of those overseeing this case.

Handziuk, a well-known activist and aide to the Mayor of Kherson, died on 4 November 2018 of the horrific injuries sustained three months earlier, on 31 August, when an assailant hurled up to a litre of sulphuric acid (from car batteries) at her.  She was 33. This was such a brazen and savage attack that promises were heard at the highest level that a full investigation would be carried out and those responsible held to answer.

In fact, as Viktor Handziuk has pointed out in a recent powerful interview, all real progress has been thanks to civic activists and journalists.  He says that neither the organizers, nor those who directly ordered his daughter’s murder have been held to answer.  Even those who carried it out received the minimum sentences, after the defendants made a deal with the investigators.  This led to the charge of murder (a  contract killing) being significantly reduced to causing grievous bodily harm which resulted in a fatality.  On 6 June, 2019, Serhiy Torbin was convicted of having coordinated the attack and jailed for 6.5 years.  Mykola Hrabchuk got 6 years for having carried out the attack.  Volodymyr Vasyanovych and Vyacheslav Vyshnevsky were jailed for 4 years, Viktor Horbunov – for 3 over their roles in the crime.

Viktor Handziuk speaks of “manipulation with requalification of the crime” and considers that it was without any grounds.  When they asked one of the prosecutors why they had taken this decision, he gave as one of the reasons “the criminals’ testimony that they hadn’t wanted to kill” their victim.  So which killer would say that he wanted to kill?, Viktor Handziuk asks. He is also unconvinced by the argument that they hadn’t known that such a quantity of acid could lead to death.  While that might just conceivably be true of the actual perpetrators, it is certainly not the case of those who, he believes, commissioned the crimes.  Any requalification of the crime will lead to all those involved facing lesser charges.

Viktor Handziuk specifically mentions a key suspect,  Vladyslav Manher, head of the Kherson Regional Council, as being somebody who would certainly have understood the likely consequence.  “If they had just wanted to intimidate, they would have been content with 100 grams.  They undoubtedly planned murder, as a demonstrative execution so that all the others would remember and be afraid.”  He blames the Prosecutor General’s Office for the situation with the reduced charges.  Why, he cannot say, though he does believe that somebody had an interest in this.

Between those who carried out the crime and those who ordered it were, he believes, two go-betweens.  One of these was Oleksiy Levin (Moskalenko) who is now in hiding abroad.  The other is Pavlovsky.  Viktor Handziuk says that the night after the attack, his daughter named Pavlovsky and said that she was sure he was involved.

He was, at the time of the attack, an important individual, in constant contact with the law enforcement bodies in Kherson, and was also an aide to an MP from the Petro Poroshenko Bloc.  Although his name was mentioned earlier, it was only after Handziuk died and activists from the initiative ‘Who ordered Katya Handziuk’s death?’ demanded action, that he was arrested.

Pavlovsky was, however, released under house arrest this summer, purportedly over his state of health, although Viktor Handziuk and activists say that he has been seen at a stadium, watching football and spending time with friends.  It was because he was claimed to be at a medical facility in Odesa that the court hearings were moved there.  Viktor Handziuk and lawyers have now travelled there fruitlessly four times.  Viktor Ustymenko, an activist from Odesa, went to the clinic in question and ascertained that Pavlovsky had been discharged a month ago.  Activists from ‘Who ordered Katya Handziuk’s death?’ point out that the Shevchenkivsk District Court in Kyiv ordered the prosecutor, Dmytro Boyan back on 13 September 2019 to check whether Pavlovsky is genuinely in the clinic and undergoing medical treatment.  They are convinced that corruption is behind the failure to do so.

Viktor Handziuk notes that Pavlovsky was released under house arrest around the time that investigative journalists from Slidstvo.info made public a damning film about Handziuk’s murder.  The investigators promised to take into account the detailed information presented there which certainly appears to incriminate Pavlovsky.  In fact, “they changed Pavlovsky’s charge, reclassifying him from organizer to a citizen who happened to find out about a crime and didn’t inform the police of it.”  He allegedly only found out on the eve of the first arrests when two of the perpetrators came to him and asked for money to flee.  It is claimed that he only learned of the attack then, with it further asserted that since they were arrested at the bus station, Pavlovsky’s silence didn’t do that much damage.

This radical reduction in the charge has also meant that Handziuk’s father is no longer an aggrieved party since Pavlovsky supposed “did him no harm”.  Later, Viktor Handziuk says, the prosecutor, who had originally asked for Pavlovsky to be released under house arrest, then “forgot to get it extended”, meaning that Pavlovsky is now not under any restraint measure at all.

Two Kherson officials, who were, at the time of the crime, linked with the Bloc of Petro Poroshenko, are believed to be implicated in Handziuk’s murder.  During a meeting with the then President Petro Poroshenko in February 2019, Viktor Handziuk reminded him of the need to carry out an investigation into the alleged involvement of Andriy Hordeyev and Yevhen Ryshchyk.  Poroshenko said that there was no evidence against them, a claim which Viktor Handziuk rejects. He believes that it was the men’s membership in Poroshenko’s party that meant that their role in the murder was not investigated.

Manher, who was involved in the Batkivshchyna [Fatherland] party of Yulya Tymoshenko was arrested on a charge of ordering the killing of Handziuk.  This was, however, first reduced to merely ordering the attack.

This already caused outrage and then, on 25 July 2019, it was learned that the criminal investigation against Manher had been suspended.  The Prosecutor General’s Office claimed that this was because the other suspect, Levin is in hiding and that, since the charges against the two men have been separated out into one criminal prosecution, it the investigation will be reinstated as soon as he is caught.

If Levin is caught.  There is already serious concern as to how Levin was effectively left to make his escape after the arrest of the perpetrators, although he had also been identified as a suspect.  It then took the prosecution several months to get him placed on the wanted list.

During the Presidential campaign earlier this year, the then candidate Volodymyr Zelensky produced a video clip in which he challenged his rival, Poroshenko, to not waste time on television channels, but to investigate the case of Katya Handziuk.

This, Viktor Handziuk says, had inspired some hope, however there was no reaction to the demonstration they organized demanding punishment for those who commissioned his daughter’s murder and investigation into the many other attacks on civic activists.  He therefore wrote to Zelensky.  The latter responded and a meeting took place (with Viktor Handziuk, his lawer and a few activists, Zelensky, the acting head of the SBU and the head of the President’s administration, Andriy Bohdan).

The meeting resulted in all kinds of promising assurances, but that was back on 24 June, and since then there has been silence.