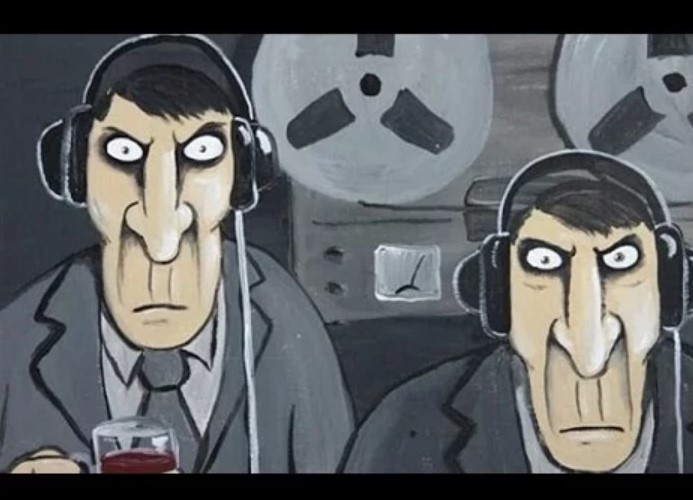 The eeriest part of Russia’s persecution of Crimean journalist Mykola Semena was the fact that the FSB were, so to speak, inside his computer, following how he wrote the opinion piece used to get him a 2.5 year suspended sentence. According to human rights activists, this is not necessarily strange since the FSB have total and uncontrolled access to information about the sites that a person visits, as well as to his activities in Russian social media (such as VKontakte and Odnoklassniki].

On 21 October, the Ukrainian SBU,  citing its counter-Intelligence service, reported that the Russian FSB are forcing Crimeans to provide them with information about people with pro-Ukraine views.  Those targeted are in the first instance people providing Internet services.  The FSB demanded that they gather personal data; report on the nature of their input in social media, as well as other private information. Such information is then used against those not supporting the occupation regime and Russia’s policies.  The same methods of blackmail; threats; intimidation; physical and psychological pressure are also used against Ukrainians who visit occupied territory or Russia, as well as the use of artificially created compromising situations.

The SBU accuses Dmytro Karelin, a former SBU turncoat, of being involved in such activities and warns that any spying or switching sides during martial law or an armed conflict is punishable by between 10 and 15 years’ imprisonment.

The Crimean Human Rights Group has long warned Ukrainians travelling to occupied Crimea to try to avoid bringing computers, smartphones, etc.  If they cannot, then they should remove any personal data and certainly any material, such as photos of themselves on Maidan during the Revolution of Dignity or on the Crimea Blockade which Russia has previously used as ‘justification’ of 10-year prison sentences.

According to Iryna Sedova from CHRG, the FSB’s standard methods for extracting information include technological and physical pressure.  A contact working for an Internet provider in Crimea has confirmed that Internet traffic is filtered, with the FSB having uncontrolled access to information about the sites that people visit, and this is without any court order.  It is clear from administrative and criminal prosecutions that the FSB also have full access to VKontakte and Odnoklassniki.  One of the first, still administrative, prosecutions against political prisoner Remzi Bekirov, was over a VKontakte post from seven years earlier on a page that the civic journalist had long since deleted.  The FSB also try to infiltrate social media groups, such as the society ‘Crimea is Ukraine’ or Crimean Tatar groups, posting deliberately provocative messages, stirring up hatred, etc.  This is by no means just trouble-making, but can be much more sinister and it is vital to be on ones guard, checking ‘friend requests’, etc, to make sure these are not fake accounts with an FSB officer behind them.

Torture and other forms of duress are used to extract information, as well as to ‘persuade’ people to give false testimony against others.  We mainly know of such methods from the small number of people, like Crimean Tatars Rinat Paralamov  and  Ismail Ramazanov who have withstood the duress, as well as from the chance identification of a supposed ‘secret witness’ in the trial of human rights activist Emir-Usein Kuku and five other Ukrainian Muslims from Crimea. .