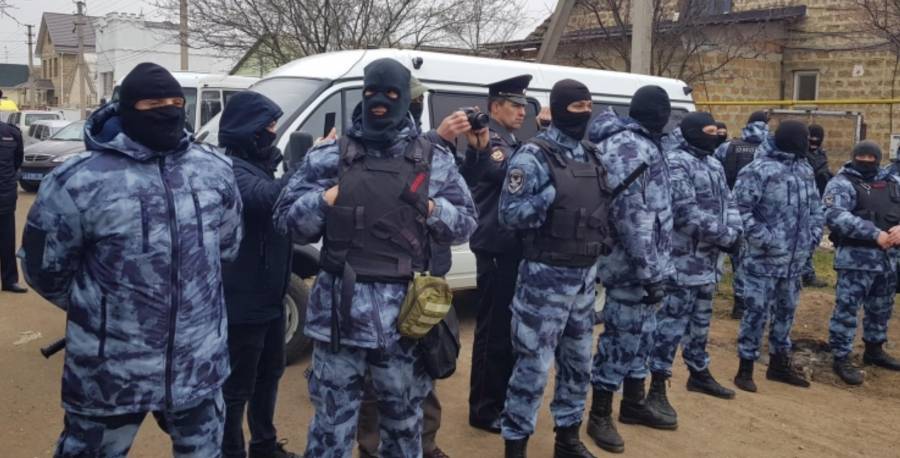 The Memorial Human Rights Centre traditionally marks the Remembrance Day for the Victims of Political Repression on 30 October by publishing updated lists of political prisoners.  The lists this year show an alarming increase from last year, with an ever-increasing number of Ukrainians, especially from occupied Crimea.  The sharp increase is especially telling given that this was the year that member states of the Parliamentary Assembly of the Council of Europe welcomed Russia back into the fold, despite its ongoing occupation of Crimea, aggression against Ukraine and much more.

A year ago, Memorial’s lists contained 195 names.  57 political prisoners have been released since then, most of whom had served their sentence to the end.  The fact that the lists now contain an additional 168 people thus indicates a significant escalation in repression.  Moreover, Memorial itself stresses that its lists are known to be incomplete and “are essentially only an accurate minimum estimate of the scale of political repression linked with deprivation of liberty.”  The real figure is likely to be “significantly higher”.

Among the Ukrainians released were, of course, the 24 POWs, whom Russia seized after attacking their naval boats on 25 November 2018, and 11 political prisoners, including Oleg Sentsov, Roman Sushchenko and Edem Bekirov, who were released as part of an exchange.  Although this was officially ’35 for 35’, it seems likely that Moscow was mainly interested in getting a Ukrainian, Volodymyr Tsemakh, out of the grasp of the Netherlands authorities.  Presumably the Kremlin understood that the testimony Tsemakh could provide on the downing of Malaysian airliner MH17 on 17 July 2014 was more damaging than its effective admission of guilt by demanding his inclusion in the exchange list.

Memorial believes that a considerable role in the release of many of the prisoners (Ukrainian or Russian) was played by solidarity within Russia and at the international level.  That may well be true of some of the prisoners, however it also highlights the failure to extend such solidarity to the mounting number of civic journalists and activists arrested in occupied Crimea and many other political prisoners.

The lists contain a shocking 142 names of people imprisoned in occupied Crimea or Russia for their faith, with this including Muslims accused of involvement in the peaceful pan-Islamist movement Hizb ut-Tahrir, Jehovah’s Witnesses and others.

Although Memorial always stresses that it is declaring Crimean Muslims accused of involvement in Hizb ut-Tahrir both because of the lack of any justification for ‘terrorism’ charges and because Russia has no right to apply its legislation on occupied territory, the lists of prisoners are alphabetical, without a separate section for prisoners seized in occupied Crimea.

The lists can be found here:

Imprisoned for their faith   https://memohrc.org/sites/all/themes/memo/templates/pdf.php?pdf=/sites/default/files/lppm_r_301019_2.pdf

The lists do not include many Ukrainians, with this in some cases, such as those of Valentin Vyhivsky and Volodymyr Shur, being because the men were accused of ‘spying’  and almost certainly tortured into agreeing to admit ‘guilt’, without any access to independent lawyers.

The following is a list of the Ukrainian prisoners we are aware of which, unfortunately, may also be incomplete.