Freed Ukrainian journalist: Criticize those in power in Crimea, and you’ll end up behind bars 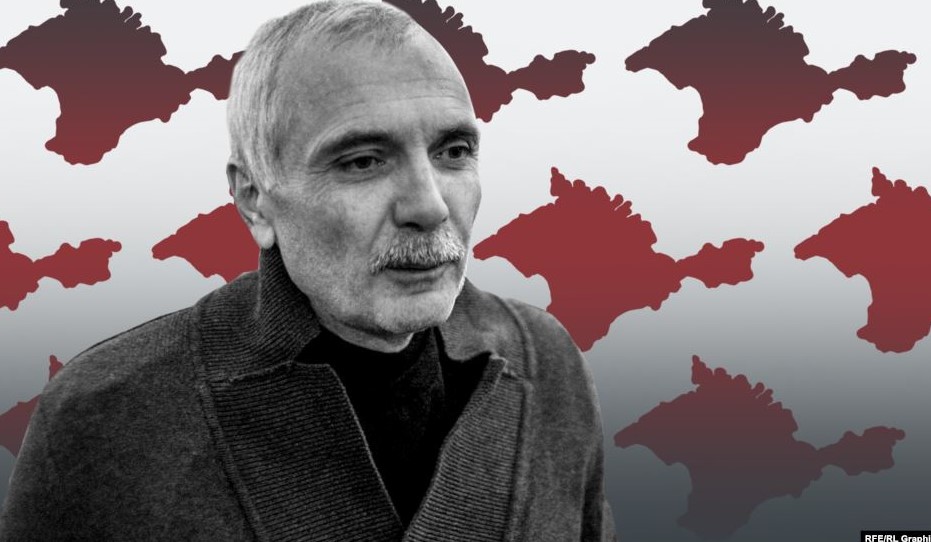 Crimean journalist Alexei Nazimov has been released after spending over three years in prison on fabricated charges.  He and his lawyer, Alexei Ladin, are adamant that this is not the end, that they first be lodging a cassation appeal over the case, and then taking it to the European Court of Human Rights.  Both say that if you criticize those in power in Crimea, you end up behind bars, with the FSB [Russia’s security service] playing a direct role in this.  Nazimov told Krym.Realii that the Ukrainian passport which was in good condition when he was arrested in October 2016, was removed to him damaged, and will need to be replaced.

Alexei Nazimov, was the Chief Editor of ‘Your Newspaper’ in Alushta, occupied Crimea. He was arrested on 4 October, 2016, together with Pavel Stepanchenko, a  former Alushta City Council deputy, and a cameraman for the newspaper, Andrei Oblezov.  The latter was not, however, mentioned in the report from the Investigative Committee on 6 October and does not seem to have ever been in detention.  The Investigative Committee first informed that Nazimov and Stepanchenko were suspected of “commercial bribery”, however this was later to become “extortion”. In extending the men’s detention, the ‘court’ never demonstrated any concern about the suspiciously fluid charges.

The investigators claimed that Nazimov had tried to extort 150 thousand roubles from a member of the United Russia party for not publishing defamatory information about him and the party. Stepanchenko, as a council deputy, was supposed to have tried to convince his colleague to pay the money.

The ‘court’ also consistently ignored the fact that the print version of the paper had stopped being issued in 2015, and that the money which Nazimov had on him when detained was provably intended for a number of Internet advertisements.  The amount was also not so very large – around 2,675 USD.

Both Nazimov and Stepanchenko were members of the communist party until the end of 2016 and had actively criticised the actions of the ruling ‘United Russia’ party on the eve of ‘elections’ which Russia illegally held in occupied Crimea.

The prosecution claimed that Nazimov, Stepanchenko and Oblezov had entered into a criminal conspiracy to extort money from politicians and businessmen.  The money was allegedly in exchange for not publishing “defamatory texts or information that could harm their rights and interests”.

There were multiple problems with the indictment, and a suspicious number of supposed lapses of memory cited as excuse for not providing testimony which would spoil the prosecution’s case.

During one hearing, for example, Halyna Ogneva, Head of the Alushta Administration, and a top official since Russian annexation, was ‘unable to remember’ whether Nazimov’s ‘Your Newspaper’ website had published texts critical of the authorities prior to annexation.  This was clearly because the prosecution was claiming that this website had been created with the aim of extorting money from the ‘United Russia’ party, although there had been very many such critical publications.

Three alleged ‘episodes’ were cited in the indictment, one of which ‘emerged’ after the men had been arrested.  All seemed equally unconvincing. For example, the Sudarev family who have a monopoly on funeral services in Alushta, came forward after the men’s arrest and claimed that the defendants had threatened to publish damaging information if they didn’t pay up 300 thousand roubles and that they had refused to pay up. Nazimov dismissed such claims, pointing out that the Sudarev’s had tried to sue him from before annexation, but had always failed as they could never prove that the information was false.

None of this worried ‘judge’ Svetlana Vashchenko from the Russian-controlled Alushta City Court.  On 22 November 2018, she found Nazimov, Stepanchenko and cameraman Andrei Oblezov guilty of extorting money from the local branch of the ‘United Russia’ party for the supposed “non-publication of defamatory information”.  Nazimov received 4 years and 7 months; Stepanchenko – 3 years, 9 months; and Oblyozov – a 3-year suspended sentence.

Ladin was scathing of the entire prosecution and suspected it of being a flagrant provocation,, probably orchestrated by the FSB.

In court, only Nazimov asked that his Ukrainian citizenship be taken into account.  Stepanchenko had actively supported Russia’s annexation back in 2014.  It is unclear whether his first unpleasant encounter with reality under Russian occupation, and then his politically-motivated criminal prosecution have changed his position.

The prosecution and trial of Nazimov and Stepanchenko was so blurred and unclear that the authoritative Memorial Human Rights Centre stopped short of declaring the men political prisoners, but it did add them to its list of likely victims of political persecution.