Russian Jehovah’s Witness gets 6-year sentence for ‘grave crimes against constitutional order”. Ukrainian from Crimea could be next 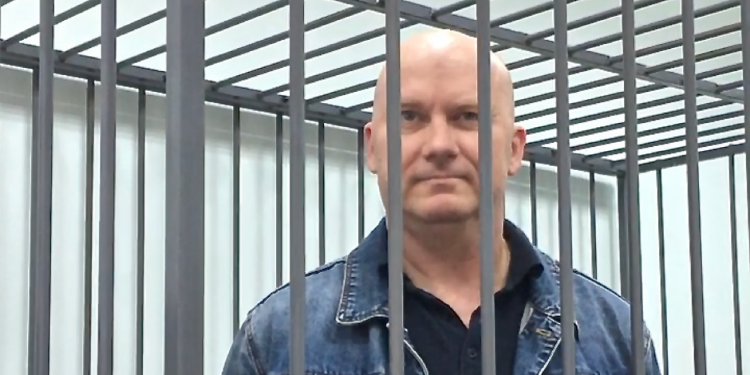 A court in the Siberian city of Tomsk has found 49-year-old  Sergei Klimov guilty of “grave crimes against Russia’s constitutional order” for not renouncing his faith after Russia reverted to Soviet repression in April 2017 and outlawed the Jehovah’s Witnesses.

On 5 November 2019, ‘judge’ Dmitry Borisov from the Oktyabrsky District Court rejected the defence’s arguments as not based on the law, and sentenced Klimov to six years’ imprisonment in a medium security prison, followed by a one-year term of restricted liberty (a ban on attending cultural and entertainment events, and on leaving Tomsk).  The sentence also includes a five-year ban on any educational activities and on posting material on the Internet.  Klimov is the eighth Jehovah’s Witness sentenced to real terms of imprisonment since the Russian Supreme Court effectively outlawed this world faith on 20 April 2017.   This is a sentence based solely on Klimov’s faith and will, of course, be appealed.

As with previous trials of believers, Klimov was charged under Article 282.2 of Russia’s criminal code – ‘organizing the activities of an extremist organization’, with this being how the Russian prosecution classified holding religious services.

Klimov has been in a Russian SIZO, or remand prison, since 4 June 2018, and was kept in an effective cage during all court hearings.

Klimov has never denied that he is an active Jehovah’s Witness, however Russia’s so-called ‘Centre for countering extremism’ began surveillance back in August 2017, with this involving sending informers with special equipment to JW meetings and placing bugs in believers’ homes. In this supposed ‘fight against grave crimes’, the FSB ‘established’ that the believers meet together from time to time to pray and discuss topics linked with the Bible.

There were raids on a number of believers’ homes on 3 June 2018, with the dozens of detentions including that of an 83-year-old woman and a minor.  Klimov was detained the following day and then remanded in custody.  His ‘trial’ began on 4 July 2019, with Borisov refusing to allow him to sit with his lawyers, rather than being held in a cage.

In his final address to the court on 30 October, Klimov stated that he is a Jehovah’s Witness, and spoke about what had led him to become a believer.

“Regardless of the court ruling, I will continue to bear witness about God. This is guaranteed me by the Constitution.  Each person has the right to make their choice and there is nothing extremist about this.  I ask the court to acquit me”.

Borisov ignored this and, instead, found Klimov to be the head of a local JW organization.  He also claimed that it had been established that Klimov held services and called on believers to break off ties with non-Jehovah’s Witness relatives.  It was purportedly also proved that Klimov had taken part in “recruiting” people, in collecting donations and in propaganda against medical intervention. The latter doubtless refers only to the fact that Jehovah’s Witnesses are against blood transfusions.

Klimov’s is the eighth prison sentence since Russia reverted to Soviet (and Nazi) repression in 2017, however there are also 46 Witnesses in detention and a further 23 under house arrest, with 284 in total now ‘under investigation’.

Russia is also illegally applying its shocking ban on the Jehovah’s Witnesses in occupied Crimea.  There have been many armed searches of believers’ homes, and at least two Crimeans – 47-year-old Serhiy Filatov and Artem Gerasimov (34) – may be facing imprisonment. The ‘trial’ of Filatov, who is from Dzhankoi, began (with a preliminary hearing) on 6 September 2019, and is ongoing.

Persecution of Jehovah’s Witnesses or members of any faith for their religious beliefs is profoundly wrong, but in Crimea, Russia is also flouting international law which strictly prohibits it from imposing its legislation in occupied Crimea,