Inver Bekirov: If a Muslim observes his faith, the FSB makes him a terrorist 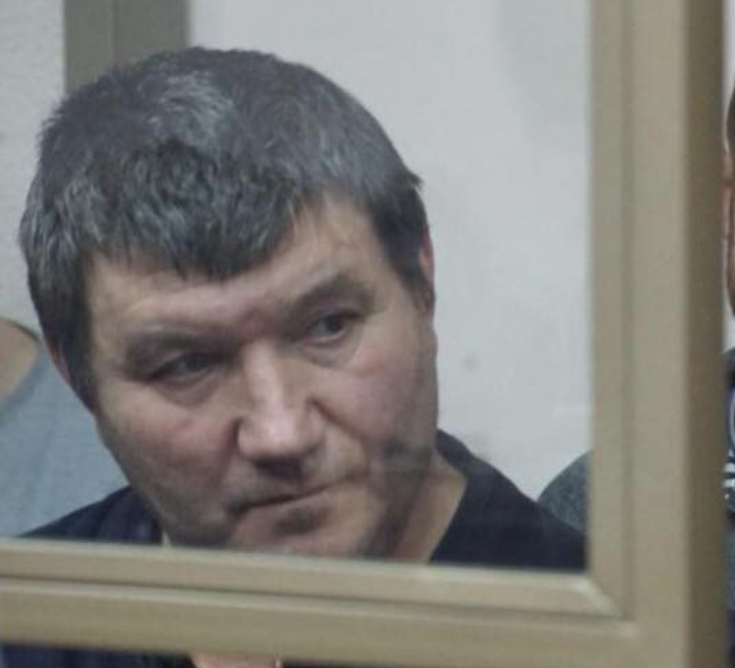 A Russian prosecutor has demanded a record 20.5 year sentence against 55-year-old Crimean Tatar Inver Bekirov because the latter discussed religious issues with friends at the school where he worked as a guard.  His lawyer, Sergei Novikov has repeatedly criticised the shoddy indictment in which neither the time, nor the place of Bekirov’s alleged ‘crime’ are specified, and in which his impugned activities have nothing at all to do with the ‘terrorist’ charges laid.

The ‘terrorism’ charges against him and five other Ukrainian Muslims are based solely on a highly suspect Russian Supreme Court ruling from 2003 which declared the peaceful pan-Islamist movement Hizb ut-Tahrir ‘terrorist’.  The court provided no grounds and acted in secret, with human rights groups only learning of the ruling after it was too late to appeal it.  Hizb ut-Tahrir is legal in Ukraine and most countries, and Russia is totally alone in calling it ‘terrorist’.

During a court hearing in April 2019, Bekirov gave a succinct description of the flawed charges against him and the other men.

“I would like to draw the court’s attention to the fact that our prosecution has been fabricated by the FSB.  This includes the widespread method of blurring concepts.  If, for example, a Muslim practises his religious, he becomes a “potential terrorist”.  Talking about Islam is “recruitment” and stopping a person from committing sins is “encouraging tendentious thinking”. If a person begins to follow his religion, he’s part of a ‘cell’. You officially buy Muslim literature in a shop, and they claim that you deliberately knew and kept prohibited literature in your home”. In Ukraine, when they prohibited books in Russian, the media and certain politicians began shouting that “this is fascism”.  When in Russia they began prohibiting Muslim literature, the question must arise what that is?"

Bekirov is the oldest of the six men from the Yalta region on ‘trial’ at a military court in Rostov-on-Don.  He is married with three grown daughters and a grandson.  He was arrested, together with human rights activist Emir-Usein Kuku; Muslim Aliev and  Vadim Siruk after armed and unnecessarily rough searches of their homes on 11 February 2016.

This initially seemed a remake of the FSB’s first Crimean prosecution of Ukrainian Muslims for totally unproven ‘involvement in Hizb ut-Tahrir’.  Each had one person designated ‘organizer’ of a Hizb ut-Tahrir cell’, under Article 205.5 § 1 of Russia’s criminal code, with this carrying a possible life sentence. The other three were accused of ‘involvement’ in such a supposed cell, under Article 205.5 § 2 (10-20 years).  These appalling sentences are purely because Russia has labelled Hizb ut-Tahrir ‘terrorist’.  There is no evidence that Hizb ut-Tahrir has been guilty of any act of terrorism anywhere in the world, and none of the men is accused of any actual crime.  Indeed, despite the Supreme Court ruling, it was only in 2013 that Russia began prosecuting people under terrorism legislation and handing down horrific sentences.

Unlike the arrest of the first four Muslims from Sevastopol at the beginning of 2015, the Yalta arrests did attract international attention, mainly because of Kuku’s involvement in a human rights organization and previous harassment by the occupation regime.  It also became clear that the same former Ukrainian turncoat, now working for the FSB, Alexander Kompaneitsev had played a thoroughly sinister and illegal role in the persecution of Kuku, Bekirov and two young men arrested on 18 April 2016: Bekirov’s nephew, Refat Alimov and Arsen Dzhepparov. Bekirov had been directly threatened that if he refused to give false testimony against the other men, his nephew would be arrested.

Neither in this prosecution, nor others of Ukrainian Muslims, has even one defendant agreed to ‘cooperate’ with the FSB.  It was quite likely in revenge for their refusal to be broken that, in January 2017, a new change, under 278 of Russia’s criminal code, of “attempting violent seizure of power in Russia’” was added, with this carrying a near-guaranteed increase in sentence of from 12 to 20 years.

All Russia’s Hizb ut-Tahrir ‘trials’ are profoundly flawed, however this one stood out for the number of overt and identifiable falsifications.  It was possibly because a ‘secret witness’ was uncovered, together with the torture almost certainly used to obtain his ‘testimony’ that the first attempt at a trial was aborted, with the case sent back to the prosecutor.

Certainly the excuse given for sending the case back was extraordinarily lawless. In August 2018, the Rostov court suddenly announced that it was returning the case to the prosecutor, demanding that the charges against Bekirovbe made more severe.  Forget justice being blind and judges – impartial arbiters.  Here the judges made it abundantly clear that they were working directly with the prosecution.

In explaining why Bekirov should now also face the more serious charges of ‘organizing a Hizb ut-Tahrir cell’, the court claimed that the illicit recording made in the school where Bekirov worked indicated that Bekirov could be said to have organized meetings and given the other defendants instructions.

Whatever the real reasons for aborting the first trial, the decision officially taken by presiding judge Nikolai Yurevich Vasilchuk, together with Valery Sergeevich Opanasenko and Stanislav Vladimirovich Zhidkov has led to a situation where Bekirov is facing a sentence long and harsh enough to make it a likely death sentence.