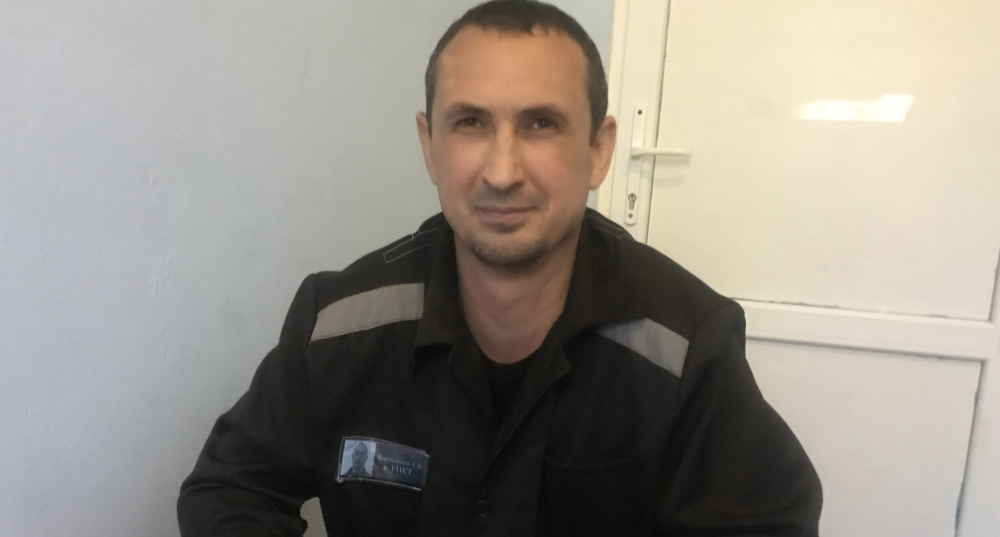 Crimean activist and political prisoner Yevhen Karakashev has been placed for a year in a punishment cell in part because he refused to collaborate with the Russian prison staff.  His lawyer, Alexei Ladin is planning to appeal against this latest act of lawlessness.

Karakashev is already illegally imprisoned in Russia, far from his home in Yevpatoria (occupied Crimea), and the harsher conditions mean that he will only be able to receive one parcel (with vital food and other items) and have one short visit in six months.

The second time was because he was without his cap which had been washed and was wet. Ladin explains that he was released from the punishment cell on 1 November, and that same day a ‘commission’ met and sentenced him to a year in a prison-type cell.  There were clearly no adequate grounds, but that in no way increases the chances of the appeal being successful.

41-year-old Karakashev is an anarchist activist who had taken part in pickets calling for the release of Oleksandr Kolchenko, Oleg Sentsov and Moscow’s other Ukrainian political prisoners.  He was arrested hours before public hearings into a controversial land development which he had vocally opposed.  The development went ahead, and Karakashev has been imprisoned ever since.  Plain-clothes officers burst into home on 1 February 2018,  forced him to the floor, with his arms behind his back in handcuffs.  There was a long period in police custody before he was able to phone a friend and ask for a lawyer to be contacted, and it seems likely that the multiple abrasions and other injuries were sustained during that period.  The Russian-controlled police, however, have refused to initiate proceedings over his injuries in custody.

After an extremely flawed trial held in the same district military court in Rostov-on-Don that has sentenced many Ukrainian political prisoners, Karakashev was sentenced on 19 April 2019 to six years’ imprisonment, with a further ban on administering Internet websites for two years.