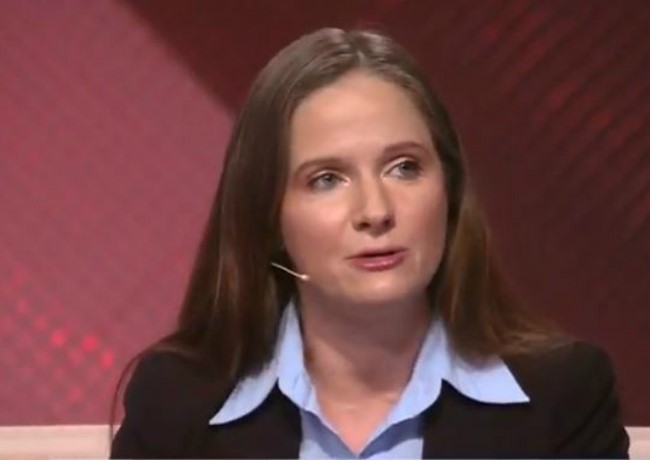 104 Maidan activists were killed during Ukraine’s Revolution of Dignity in the winter of 2013-14.  Six years later,  Yevhenia Zakrevska, one of the lawyers representing the slain activists’ families has gone on hunger strike in a desperate attempt to force Ukraine’s leaders to prevent the collapse of almost all Maidan investigations.

Neither Zakrevska and her colleagues, nor former Maidan activists are convinced by assurances from various public officials that the situation is under control.  There is every reason to see such assurances as empty since none of the simple steps needed to safeguard the investigations have been taken. Although Roman Truba, Director of the State Bureau of Investigations [SBI] has stated that a unit within the body has been created, this is surely meaningless without even the physical number of investigators to staff such a unit.  At the beginning of November, Truba in fact acknowledged that the cases were likely to be suspended due to lack of staff.

Zakrevska announced her hunger strike during a ‘1 + 1’ TV program on 21 November, the anniversary of the beginning of Euromaidan and the first day of limbo for the Maidan investigations. She said that she would refuse all food until parliament passes a crucial amendment with a special unit being created within the State Bureau of Investigations, and all cases passed within that unit to the investigators who have been dealing with them up till now.

None of these steps should be difficult to achieve, yet a deadline effectively known about for two years has been passed, with this having potentially catastrophic impact on all investigations not yet before the courts.  It is impossible not to endorse the outrage expressed by Zakrevska’s colleagues at the Advocacy Advisory Panel that a lawyer should be forced to go on hunger strike before the Verkhovna Rada and President Volodymyr Zelensky “at least begin talking about carrying out their duties.”  It is their silence and failure to act that has led to this situation.

As reported, five days before all investigations were due to be taken from the Special Investigations Department, with destination all but unknown, there was a vote in the Verkhovna Rada.  A few other amendments had been passed when, at 3 p.m. on a Friday afternoon, MPs decided it was more important to get away early, than to prevent the collapse of most Maidan cases, and adjourned until 3 December.

The Advocacy Advisory Panel of Maidan lawyers has reiterated its demand that the President calls an emergency session of the Verkhovna Rada in order to adopt the simple norms which will enable continuation of the Maidan investigations.

This is not the first time that warnings have needed to be issued over sabotage to Maidan investigations.  There have been numerous occasions where the behaviour of particular enforcement officials, judges, etc., or even whole departments, have placed specific investigations in jeopardy.

This time, however, effectively all investigations are under threat, and the fact that the danger has arisen as a consequence of long-needed reforms to the prosecutor’s office is no excuse, since the situation could have been avoided.

Since its formation at the end of 2014 as an autonomous body within the Prosecutor General’s Office,  the Department of Special Investigations under the leadership of Serhiy Horbatyuk had gained and, importantly, retained the trust of Maidan victims, their lawyers and civic organizations. Horbatyuk and senior prosecutor Oleksiy Donsky were willing to speak out public against those obstructing prosecutions and it is almost certainly no accident that they, and the Department in general, constantly faced difficulties, with ex-Prosecutor General Yuri Lutsenko inexplicably reducing the Department’s staff, scope, itself.

All warnings over recent months that the 20 November deadline was approaching, with no provisions made for continuity of Maidan investigations were ignored. As of 21 November, all investigators have officially ceased to have any role in the investigations, yet nobody else has been designated to take over.  It would, in any case, be absurd to hand cases involving huge amounts of video, photographic and other evidence to new people, with this, at very least, guaranteeing a long delay, during which  the suspects will be released from any restraint measures and easily able to leave the country.

Further concern is elicited by the fact that around half the cases are being handed over to the State Bureau of Investigations under Truba’s control.. The latter has shown a rather disturbing willingness to closely cooperate with former aide to ex-President Viktor Yanukovych, Andriy Portnov, who has openly called for all investigations to be terminated.  Zakrevska is convinced that Portnov poses a real threat to the investigations, due to the influence he exerts on SBI.  He effectively has access to any issues that he is interested in and gets whatever information he wants.  She has no idea what levers Portnov has, enabling him to illegally obtain information, but the consequences, she says, are apparent, and make it highly inadvisable for the Prosecutor General’s Office to pass any of the Maidan cases to the State Bureau of Investigations.