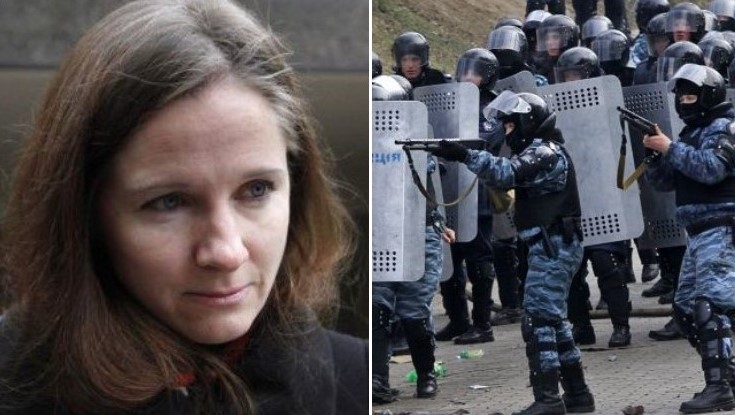 The Verkhovna Rada has adopted a crucial amendment to the Law on the State Bureau of Investigations, needed to ensure that investigations into crimes committed against Euromaidan activists do not fall into a black hole.  It was the failure of the same parliamentarians to take this obvious step that prompted Maidan lawyer, Yevhenia Zakrevska to declare a hunger strike in protest on 21 November, the sixth anniversary of the Revolution of Dignity, as Euromaidan is now known.  By 3 December, when the Verkhovna Rada finally met to vote on the amendment, Zakrevska had been joined by at least 10 other Ukrainians.

The move is important but not by any means enough.  The Advocacy Advisory Panel of lawyers representing the families of slain Maidan activists (Nebesna Sotnya, or the Heavenly Hundred) and Maidan victims point out that many further steps are needed.  Ukrainian President Volodymyr Zelensky had already expressed his support for the amendment and will hopefully not drag his heels on signing the bill into law.

There are strong grounds for fearing that the battle is not yet over.  Even if Maidan investigators and prosecutors are transferred to the new department, there will still have been a long and totally unnecessary delay. It is also, unfortunately, doubtful that SBI will heed the express wishes of the families of slain Maidan activists, their lawyers and civic groups and reinstate Serhiy Horbatyuk, the Director of the Special Investigations Department who was dismissed on fairly dubious grounds.

As reported, there was no justification for the situation that has now arisen where, since 21 November, all Maidan investigations not already before the courts have effectively been suspended. It was known for two years that the prosecutor’s office was to lose its investigative functions, and that around half of the investigations would be passed to SBI.  It was equally clear on 15 November that, if MPs refused to stay later than 15.00 and pass the amendments, that a break would be unavoidable.

Zakrevska and other lawyers have long expressed concern about the cases being handed to SBI.  This body, under Director Roman Truba, has on a number of occasions seemed to be cooperating with Andriy Portnov, the former aide to ex-President Viktor Yanukovych.  Portnov has made no secret of his wish to have all Maidan investigations stopped, and is also known to have threatened Horbatyuk and two other Maidan investigators.

Six years after the beginning of the Euromaidan protests, only a very small number of cases have resulted in convictions.  While in some cases this was due to the main suspects having fled to Russia where many ex-Berkut officers have received citizenship, in others the problem was seen as being obstruction by the police, the Prosecutor General’s Office and / or the courts.  From the end of 2014 to 20 November 2019, it was the Department of Special Investigations that had retained the support and trust of Maidan victims and their lawyers.  The battle to ensure that these investigations are not sabotaged is certainly not over.