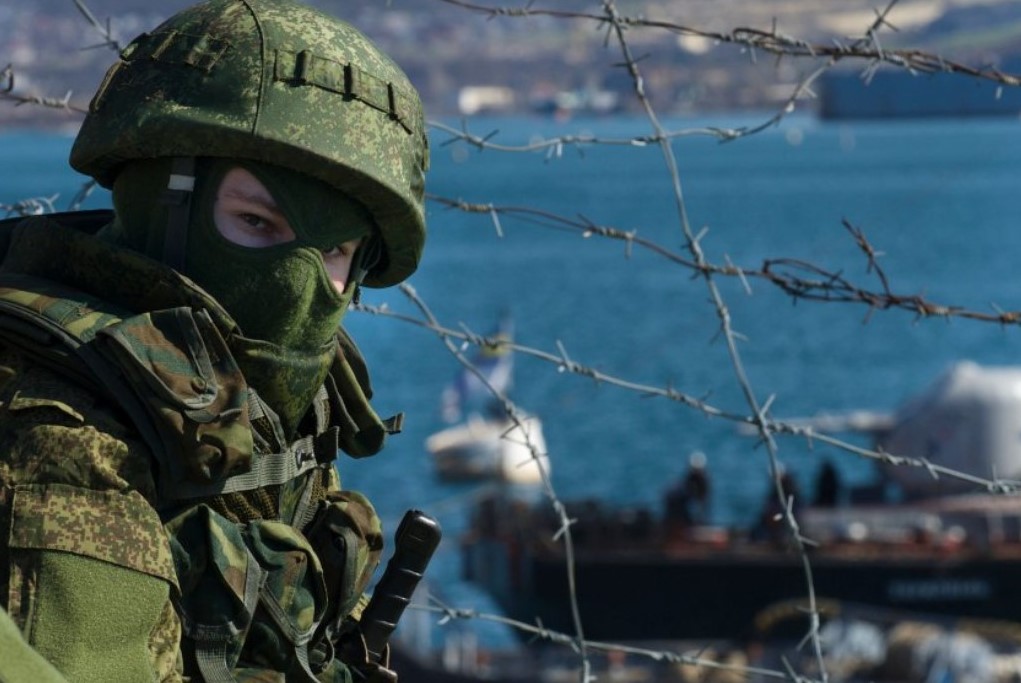 The UN General Assembly has adopted an important resolution on Russia’s occupation and militarization of Crimea in which for the first time concern is raised over Russia’s build-up of nuclear weapons in the occupied peninsula.  The move comes just days after the 25th anniversary of the signing of the Budapest Memorandum in which Ukraine gave up the second-largest nuclear arsenal in Europe in exchange for guarantees of security that proved empty.  In invading and annexing Crimea, Russia promised prosperity and development of the seized peninsula, but appears to be using it mainly to develop its nuclear and military arsenal.

The resolution was endorsed by 63 countries, including all EU members; Georgia; Norway, Canada; the United States and Turkey, with 19, including Russia, voting against and 66 abstaining.

The news came as most attention was focused on the Normandy Summit taking place in France between the leaders of Ukraine, Russia, France and Germany.  It is too early to know whether Ukrainian President Volodymyr Zelensky raised the subject of Russia’s illegal occupation of Crimea during his first meeting with Russian President Vladimir Putin.  It is to be hoped that he did even if Russia’s position – that this is “a closed subject” - has been unchanged since annexation.

That it is anything but a closed subject was made clear by the resolution on the  Problem of the militarization of the Autonomous Republic of Crimea and the city of Sevastopol, Ukraine, as well as parts of the Black Sea and the Sea of Azov which condemns Russia’s ongoing occupation and expresses “concern over the efforts of the Russian Federation to extend its jurisdiction over the nuclear facilities and material in Crimea”.

There is no chance that Russia will suddenly heed the words about the illegality of its seizure of Crimea and reminder of all the parts of international law which it is violating.  There is also no way of enforcing the demands in the resolution, however these documents remain very important in ensuring a consistent position from the civilized world against Russia’s aggression.

The resolution expresses “grave concern over the progressive militarization of Crimea by the Russian Federation as the occupying Power, and also expresses concern over reports of the continuing destabilization of Crimea owing to transfers by the Russian Federation of weapon systems, including nuclear-capable aircraft and missiles, weapons, ammunition and military personnel to the territory of Ukraine”.

The signatories also note with concern Russia’s use of children’s education in order to indoctrinate them into joining the Russian military forces and stress that it is illegal for Russia to impose conscription on occupied territory.

The resolution also expresses “concern over the ongoing actions of the Russian Federation in parts of the Black Sea surrounding Crimea, in the Sea of Azov and in the Kerch Strait, including their militarization, which pose further threats to Ukraine and undermine the stability of the broader region;”   After several points linked with Russia’s attack on three Ukrainian naval vessels on 25 November 2018, the signatories return to Russia’s creeping annexation of international waters.  They call upon “the Russian Federation to refrain from blocking passage of sea areas under the pretext of military exercises and “condemn the increasing military presence of the Russian Federation in parts of the Black Sea and the Sea of Azov, including the Kerch Strait, and the harassment of commercial vessels by the Russian Federation and its restriction of international shipping there, which further aggravates the economic and social situation in the broader Donetsk region already affected by the temporary occupation of Crimea”.

The resolution ends with important reminders to all member states: to refrain from any visits to Crimea that are not agreed with Ukraine; and to cooperate with the UN “to cooperate with the United Nations to encourage and support efforts to put an end to the Russian occupation of Crimea as rapidly as possible and to refrain from any dealings with the Russian Federation regarding Crimea that are inconsistent with this aim”.

In October this year, the Digital Forensic Research Lab made public satellite images of Russian radar stations in occupied Crimea and noted that, as of January 2019, Russia had placed at least five air defence systems in Crimea, covering large parts of the Black Sea.  DFRLab spoke of its steady militarization through expansion of pre-existing installation and “upgraded military airfields, modern electronic warfare systems, newer fighter jets, an updated Black Sea Fleet, and dramatically expanded radar coverage of the Black Sea”.  While the report focused on radar coverage and spoke only of them enhancing Russia’s “ability to respond to possible military challenges of its hold on the peninsula”, Russia’s military build-up need not only be in response to other countries’ challenges, as Ukraine knows only too well.