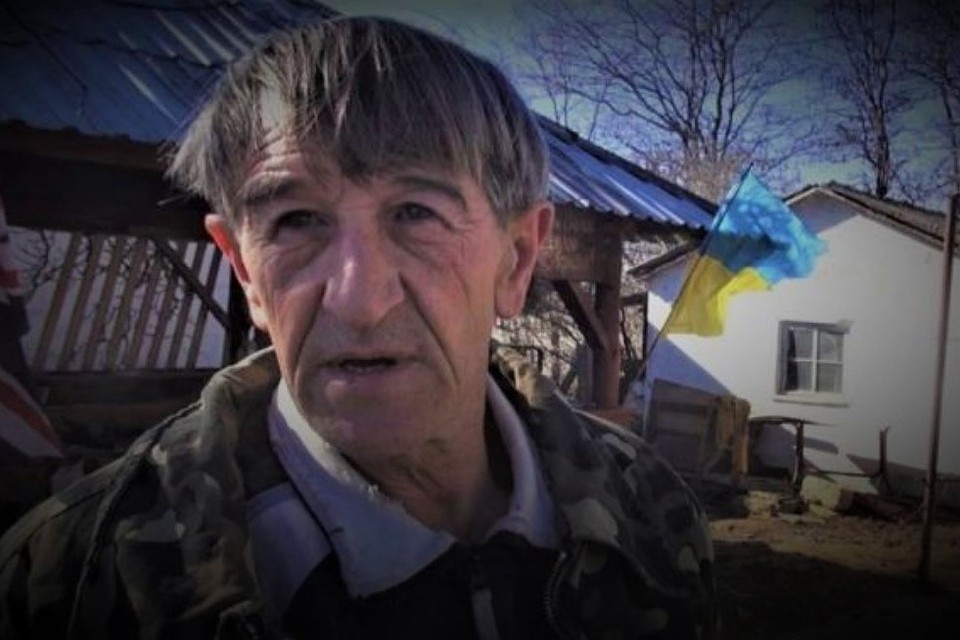 Oleh Prykhodko is not only illegally held prisoner in Russian-occupied Crimea on highly implausible ‘terrorism’ charges,  but is also being prevented from seeing a Ukrainian priest.  According to his lawyer, Nazim Sheikhmambet, Prykhodko has twice been stopped from having such visits.

Typically, the response of the SIZO [prison] authorities after Ukrainian Human Rights Ombudsman, Lyudmila Denisova contacted her Russian counterpart over this refusal was to claim that Prykhodko had never expressed a wish for such visits.  However, in  reporting his meeting with Prykhodko on 30 December, Sheikhmambet made it clear that he had taken part in submitting two applications for such visits which were rejected. While Russia’s FSB have, on many occasions, actively tried to prevent Ukrainian political prisoners from being represented by independent lawyers, the refusal here may be linked with the ongoing offensive against the Orthodox Church of Ukraine in occupied Crimea.

61-year-old Prykhodko had never concealed his opposition to Russia’s invasion and annexation of Crimea, and had already faced harassment and administrative proceedings on trumped-up charges earlier. This harassment, which included at least one search, would have made it extremely foolhardy to store anything illegal in his home.

Prykhodko was arrested on 9 October 2019 after the FSB turned up and carried out ‘an inspection” of Prykhodko’s garage.  Judging by video footage, Prykhodko was not allowed into the garage and the FSB almost certainly had ‘witnesses’ whom they had brought with them.  They allegedly ‘found’ a TNT type 200 explosive, a detonator for UZRGM-2 and cut welding arcs, supposedly for insertion within the explosive device.  They claimed that Prykhodko had been planning to blow up the local administration building, but that the FSB had prevented this .Prykhodko was taken away, and remanded in custody the following day.

Russia is in breach of international law in applying its legislation on occupied territory, however, Prykhodko, like most other Ukrainian political prisoners facing flawed ‘terrorism’ charges, has already been added to Russia’s notorious list of so-called ‘terrorists and extremists’.

One of Russia’s first attempts to fabricate a ‘Ukrainian saboteur’ trial was rendered especially absurd by the FSB’s seizure and accusations against four total strangers.  While the ‘trial’ resulted in convictions because Russian and Russian-controlled courts provide the sentences demanded of them, an independent forensic examination pointed out that the supposed stash of weapons which two of the men – Yevhen Panov and Andriy Zakhtei – were accused of hiding found absolutely no DNA or biological traces of the two men.  The FSB had learned their lesson by the next wave of arrests and used DNA samples illegally obtained to falsify evidence against Volodymyr Dudka and Oleksiy Bessarabov.  The same thing appears to have happened in Prykhodko’s case with the FSB having illegally ttaken DNA samples from Prykhodko. Sheikhmambet explains that on 9 October, after he was brought to the FSB in Simferopol, a person came up to him, claiming to be a doctor.  Claiming that this was part of an examination, the individual asked him to open his mouth and with a cotton wool tampon, he took DNA samples.   That DNA is, unfortunately, very likely to be planted on the items which Prykhodko says were planted in his garage.

Prykhodko has been charged with ‘planning an act of terrorism’ (Article 205.1 of Russia’s criminal code) and with illegally preparing explosive substances (Article 223.1).

Prykhodko’s arrest was one of at least two in occupied Crimea since the exchange of 35 Ukrainian POWs and political prisoners held in Russia or occupied Crimea. The ominous similarities to many other political cases make it quite clear that while the release of any given political prisoner is very welcome, new arrests are inevitable while Crimea remains under Russian occupation.