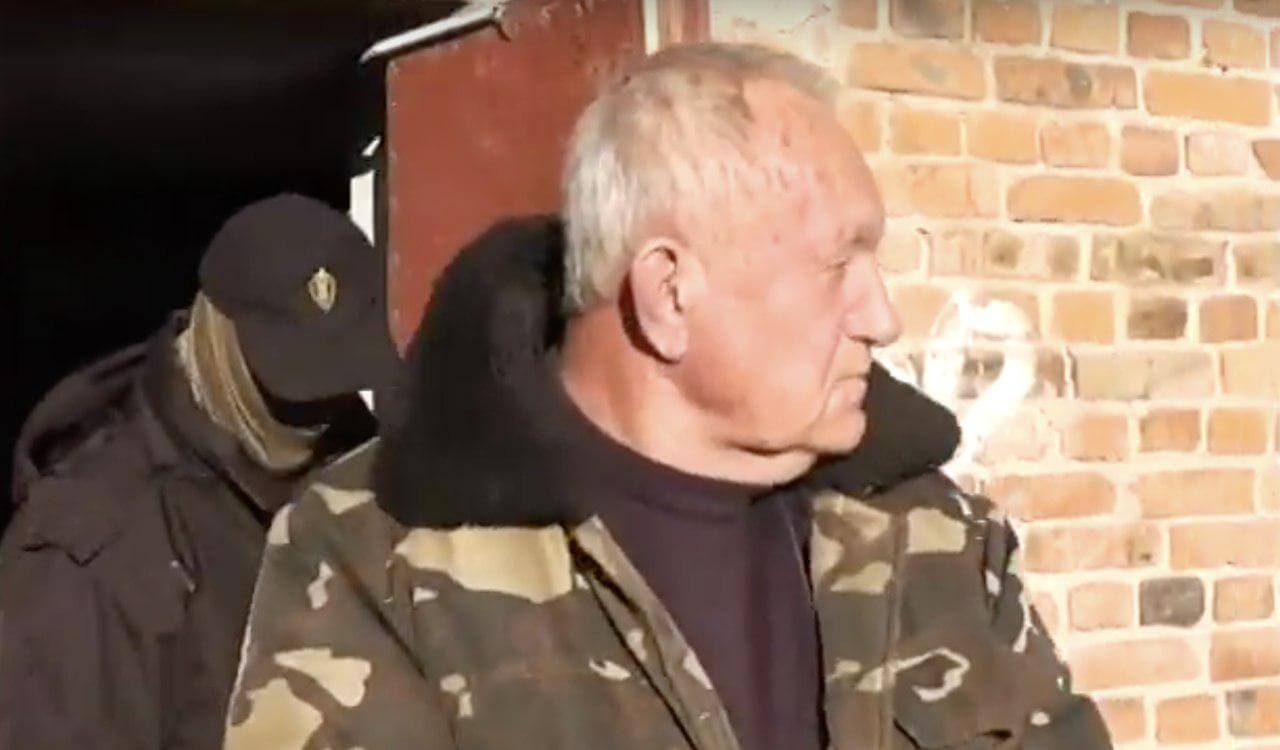 72-year-old Volodymyr Morgunov is probably Russia’s oldest Ukrainian political prisoner, with his horrifically long 12-year sentence seemingly linked with his handing information to Ukraine that Russia has no good reason to keep secret.  The pensioner has addressedv an appeal to Ukraine’s Human Rights Ombudsperson, casting some light on his imprisonment and asking that he be included in the next prisoner exchange.

Morgunov is from a townlet which is literally on the border between Ukraine’s Luhansk oblast and Russia’s Rostov oblast.  Russian reports when he was sentenced all claimed that he was from the Russian Chertkovo, however in his letter to Ombudswoman Ludmila Denysova, Morgunov says that he held managerial administrative posts in the Ukrainian Melove.  Melove and Chertkovo are literally on two sides of a street called ‘Friendship of People’s’

“In a word, very many people knew me, as I them, including in the SBU [Ukraine’s Security Service], which was the reason for the FSB to take me under particular control after the beginning of the war in Donbas. Up till 2014, all of my activities had been devoted to the synchronized development of adjacent territories. After the war began, I made my choice and gave priority to Ukraine.  At the same time, I carried out explanatory work among the population on both sides of the state border, obstructing the stirring up of tension. Through all available methods I helped refugees, pensioners from LPR [the self-proclaimed ‘Luhansk people’s republic’] to re-organize their pensions and so forth”.

“I periodically gave consultation to the SBU on this or that issue, including military matters. Having demonstrated personal initiative to receive lists of Russian border forces on the contact line (there is no military action there) on 1 November 2018 I was arrested by the Rostov oblast FSB”. ‘

Although Morgunov’s ‘trial’ was held behind closed doors, he appears to have been accused of giving the SBU information about the economic and socio-political situation in the region, as well as with the placement of military technology and Russian border guards in the region.

Since Morgunov clearly has Russian, as well as Ukrainian, citizenship, this does mean that when in Russia, he is fully answerable under Russian law.  In this case, however, Russia is not formally at war with Ukraine, and the information should, in theory, be viewed as totally innocuous.  Russia is, however, de facto carrying out aggression against Ukraine, which is why knowing about the deployment of border guards who are under the FSB and the presence of military technology on the border is so very important.  There have, for example, been frequent sightings of military convoys, some carrying heavy military hardware, travelling by night on dirt roads where there is no border crossing. Since its invasion of Crimea and Donbas in early 2014, Russia has also arrested and ‘tried’ very many Ukrainians on highly suspect charges, with all such prosecutions used for state propaganda purposes to prove a ‘terrorist’ threat from Ukraine, etc.

The problem in this case lies not only with the secrecy around the trial which ended on 9 October 2019, with the Rostov Regional Court sentencing Morgunov to 12 years in a maximum security prison, with this being four years more than the state prosecutor had demanded.  The Russian media reported that Morgunov had come to an agreement with the investigators and did not appeal the sentence.

Morgunov has two grown children, and is retired, having been involved in civic work when arrested on 1 November 2018. The FSB assert that during their search of his home, they found 10 telephone boxes; sim-cards; as well as Ukrainian and Russian passports in his name.  He is alleged to have passed on information to a member of the Ukrainian Security Service on Ukrainian territory.

It is claimed that Morgunov agreed to admit guilt faced with the weight of evidence against him. Previous cases, including that of pensioner Yuri Soloshenko justify scepticism in this respect.  In the vast majority of cases where people have agreed to admit guilt, it is either because of torture, or because they have been deprived of an independent lawyer and put under heavy pressure.

He allegedly opted for a special procedure, although all this means is that the court essentially sat to hear the charges and to pass sentence, with little or no examination of the evidence.  If he agreed to ‘cooperate’ in exchange for a lower sentence, then he was deceived.  It is vital that he is placed on the exchange list since Russian prisoners are appalling even for much younger men in good health and would likely prove a death sentence in Morgunov’s case.