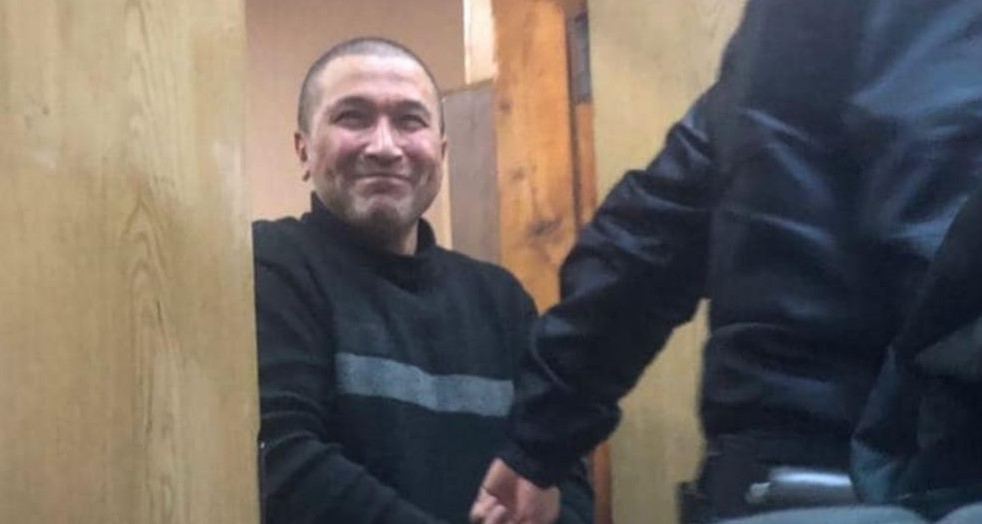 55-year-old Yunus Masharipov has told a Russian-controlled court in Yalta that he was tortured into ‘confessing’ on video to crimes he never committed.  It is not the first time he has retracted an array of absurd ‘confessions’ which may be one of the reasons why this new trial is taking place behind closed doors.  Other revelations are equally damning, since Masharipov and his lawyer Alexei Ladin can point to a lot of falsified evidence, and two FSB officers, appearing as witnesses for the prosecution, in court contradicted their own earlier written testimony.

As with all such FSB video ‘confessions’,  Masharipov was shown alone with no indication of who else was in the room with him.  This, and the likely lack of any lawyer, are clear violations of even Russia’s criminal procedure code.  Masharipov states that he was recruited by the Kherson branch of the Mejlis of the Crimean Tatar people and the SBU [Ukraine’s Security Service] and that he was supposed to photograph military technology; rubbish, bad roads in Crimea, destroyed squares and needles on the beach, so that tourists wouldn’t come and circulated leaflets. He actually says that on 6 August 2017 he set fire to forest in Yalta, but then almost immediately adds that he had not had time to carry out diversion.

Throughout the video, which is a very obvious montage of separate moments, Masharipov gives the impression that he is trying to remember what he should say.

By 1 December 2017, he had written to the then head of FSB, and issued a public statement saying that he had confessed under torture.  In it he explained that some men had attacked and beaten him, before taking him to the FSB office in Yalta, and that there the confession had been forced out of whom through beatings, electric shocks, an open flame and other forms of torture which he described in detail.

Masharipov described himself as a human rights activist, saying that from 2014 he had informed human rights organizations about violations of the rights of children, the disabled and pensioners and had gathered information about the victims of the FSB. Crimea SOS confirmed to journalist Anton Naumlyuk that they had received information from Masharipov a couple of times in 2014.  It is not clear who else he was working with.

Masharipov is one of many political prisoners who have openly spoken in court of being tortured and have retracted confessions, only to be ignored.

He was sentenced on 13 November 2018 in the Yalta City Court to four years’ imprisonment and a 110 thousand rouble fine.  The charges were under Article 223.1 § 1 of Russia’s criminal code (illegal preparation of an explosive device) and 222.1 § 1 (illegal procurement, possession, carrying of such explosive devices).

It was only at cassation level that the defence was able to prove a clear violation of Masharipov’s right to defence, through the use of so many state-appointed ‘lawyers’ (who are normally there to sign documents and persuade people to admit to the charges).  The case was sent back to the same Yalta City Court for a retrial which is now, very secretively, taking place.

Due to the lack of documents and sufficient information about the case, the renowned Memorial Human Rights Centre stated in November 2018 that they could not formally recognize Masharipov as a political prisoner.  They did, however, state that they see evidence of political motivation in his case, as well as violation of the law.

There are certainly very many features that link Masharipov’s case to those of a number of other Ukrainians arrested by the FSB on charges of planning acts of sabotage in occupied Crimea.  In all cases, the main ‘evidence’ comes from videoed ‘confessions’; the arrested individuals had either no lawyer or only those provided by the ‘investigators’; and there was no proof of the person having actually committed any such crimes.  In virtually all cases, the men have, at some point, indicated that they were tortured, and in a large number, DNA samples have been illegally obtained and almost certainly used to falsify evidence.

It was also typical of arrests in the second half of 2017 that the Mejis, or self-governing body, of the Crimean Tatar people was mentioned as involved in recruitment.  Russia had, on 19 April 2017, been ordered by the UN’s International Court of Justice at the Hague to withdraw its extraordinary ban on the Mejlis.  Instead of complying, it began fabricating criminal cases that were evidently aimed at discrediting the Mejlis.