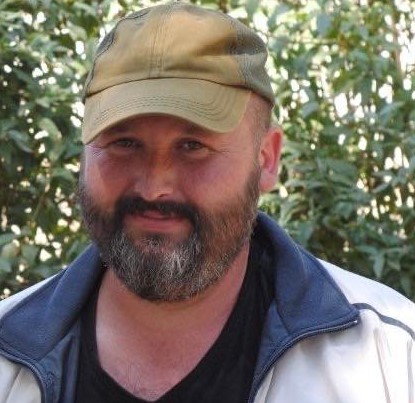 41-year-old Ivan Yatskin was taken prisoner by the Russian FSB in October 2019, and taken to the notorious Lefortovo Prison in Moscow, where he has been imprisoned ever since. Although details are still scant, there is every reason to believe he is one of at least five Ukrainian political prisoners seized since the exchange of prisoners in September 2019, and the figure could be higher.

Although Yatskin was arrested in Simferopol on around 15 October 2019, it was only on 24 December that TASS reported his seizure, claiming that “a Russian” had been charged with state treason, in the form of spying, under Article 275 of Russia’s criminal code.  Yatskin is a Ukrainian citizen, who was born in Crimea and lives in Simferopol.

The TASS report asserted that Yatskin had been moved to Moscow only in December, however lawyer Nikolai Polozov says that he was taken to Moscow immediately after a special operation carried out in strict secrecy.

Polozov announced on 20 January 2020 that he had been asked by Yatskin’s relatives to represent him and that he had visited him at Lefortovo Prison at the end of last week. Yatskin is in solitary confinement and, up till now, had not had access to an independent lawyer, nor to consular support.  He also has several medical conditions but is not receiving any medical care.

The FSB claim that Yatskin gathered and passed on information constituting a Russian state secret to the Ukrainian authorities.  The charges could carry a sentence of 20 years’ imprisonment.  Russia does not have any tradition for respecting the right of a lawyer to speak confidentially with his client, so how openly Yatskin could speak is unclear.  Polozov believes that he was not physically tortured, but has been placed under huge psychological pressure, including through threats to the members of his family who remain in Crimea.  Yatskin has two children from his first marriage, and two underage children with his present wife who is due to give birth to their third child shortly.

For the moment, Polozov says, it is hard to know whether there is any basis for the FSB’s claims, and he is not alone in being able to point to dozens of fabricated prosecutions where totally innocent people are labelled ‘saboteurs’, ‘spies’, ‘terrorists’ or ‘extremists’.

Polozov adds that it is quite clear to him after meeting with Yatskin that the latter is a patriot of Ukraine who is counting on support from the Ukrainian public and government both for himself and for his family.

The Crimean Human Rights Group is also convinced that the charges against Yatskin, who openly and actively held a pro-Ukraine position  are politically motivated.  It points out that “the persecution of a Ukrainian citizen under Article 275 of Russia’s criminal code (state treason) which applies only to Russian citizens is one of the consequences of the violation of international humanitarian law in the form of ‘automatic’ (foisted) Russian citizenship for Crimeans”