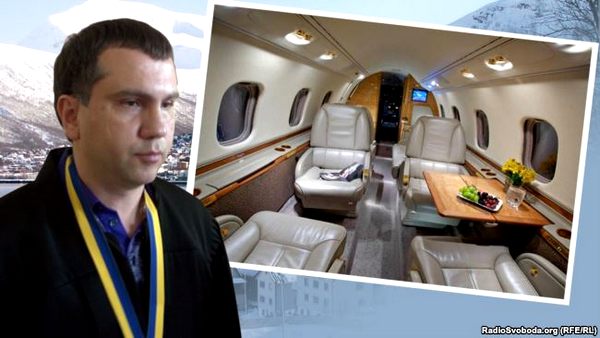 Judges from Kyiv’s District Administrative Court have re-elected Pavlo Vovk president, despite compelling evidence of serious judicial corruption and rigged court rulings. The  DeJure Foundation suggests that this was to be expected since the Court itself, and its judges, have long earned notoriety because of highly suspect rulings in prominent cases.  It seems clear, unfortunately, that the problem does not lie solely in the court, with politicians and enforcement bodies demonstrating no willingness to properly address very real allegations of judicial corruption.

Vovk has been reinstated just six days after the Verkhovna Rada on 15 January rejected important amendments which would have passed judgement in appeals against the appointment of new members of the High Qualification Commission of Judges from the District Administrative Court in Kyiv [OACK] to the Supreme Court.  According to Mykhailo Zhernakov, Head of DeJure, this is despite commitments given to Ukraine’s western partners who were clearly aware of the many questionable rulings  OACK judges have passed.  Reform of both the High Qualification Commission of Judges and of the High Council of Justice is vital, and adjudication of disputes should not have been left to a court with a tarnished reputation.  Zhernakov warns that the rejection of the amendments will mean that it will be the head of OACK and Andriy Portnov, the former senior aide to President Viktor Yanukovych, who will decide who becomes a judge in Ukraine.  Portnov left Ukraine after the Revolution of Dignity, but returned on the eve of President Volodymyr Zelensky’s inauguration and began demanding criminal investigations against former President Petro Poroshenko, and others.   Despite the very dubious natures of most of his allegations, the State Bureau of Investigations have seemed worryingly ready to initiate any such criminal investigation, even one which effectively parrots Russian propaganda used to justify its attack on three Ukrainian naval boats on 25 November 2018, and seizure of 24 Ukrainian POWs.  Experiences recounted by Larisa Holnyk, the well-known Poltava judge and whistle-blower suggest that Portnov was working closely with the former Director of the State Bureau of Investigations, as well as with Andriy Bohdan, the controversial head of Zelensky’s presidential administration.

Vovk was first appointed president of the District Administrative Court by ex-President Viktor Yanukovych.  During Euromaidan, the court became notorious for unlawful rulings against peaceful assembly. In addition, Vovk himself had been the subject of numerous investigations into wealth that did not in any way correspond to his official earnings.

The scandal in July 2019 was different since this was not the result of a journalist investigation, but something apparently far more serious, involving the National Anti-Corruption Bureau [NABU].  On 26 July, 2019, searches were carried out of the offices of OACK, with these followed by a press briefing involving Artem Sytnyk, Director of NABU, and Serhiy Horbatyuk, who was then the Director of the now dissolved Special Investigations Department, dealing with the vast majority of investigations into crimes against Maidan activists.  It was learned during the briefing that NABU had used wiretapping methods as part of their investigation into suspected corruption by certain judges, including Vovk, and wiretapped conversations, allegedly between Vovk and other judges, were played.  If authentic, these suggested serious wrong-doing  by Vovk and three other judges, including dodgy court rulings organized to ensure the removal of certain members of the High Qualification Commission of Judges [HQCJ] and appointment of others.  HQCJ has a critical role to play in ensuring (or blocking) judicial reform, particularly through the qualification assessments that it makes of judges. Its makeup was of direct interest to Vovk who had received a negative assessment from the Public Integrity Council which could only be ignored with the support of a two-thirds majority of the members of HQCJ.  The material exposed during the briefing had first emerged due to an investigation carried out into the activities of District Administrative Court judges during Maidan, by investigators from NABU, the Special Investigations Department and the SBU [Security Service].

Allegations were also made of Vovk’s involvement in rigged court rulings involving the Human Rights Ombudsperson Lyudmila Denisova and the head of the State Judicial Administration.

These were all extremely serious allegations, which certainly appeared to be backed by hard evidence.  Initial attempts to weather the public storm over the exposure failed and a criminal investigation was initiated with respect to Vovk and three other judges from the court, and Vovk withdrew himself from the post of President. It was the  Deputy Prosecutor General, Serhiy Kiz who had applied to the High Council of Justice for three of the judges: Vovk; Ihor Pohrybnichenko and a judge from the Suvoriv District Court in Odesa, Ivan Shepitko, to be suspended from their courts for the duration of the investigation.

There is little or no information available about the progress or otherwise of this criminal investigation, however on 20 August 2019, the High Council of Justice  refused the request to have Vovk suspended during the investigation.

He is now back in his post heading OACK and Ukraine’s MPs have ignored the gravest of allegations against him and other judges from this court and refused to withdraw the Court’s power to obstruct real reform of the main two bodies with direct impact on the fate of judicial reform in Ukraine.