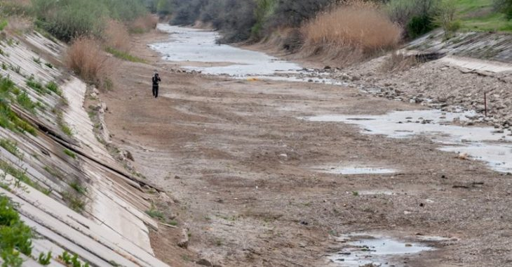 An MP from Ukraine’s majority Servant of the People party has said that selling water to Russian-occupied Crimea is an option that the party is considering.  This would effectively mean accepting Russian control of Crimea and Crimean Tatar leader Refat Chubarov is not alone in calling it totally unacceptable.

Although the suggestion by Yuri Aristov was only made public at the end of 2019, Aristov, who is the head of the parliamentary budget committee,  had mentioned the sale of water in an interview to Skhemy investigative journalists back on 17 October. He asserted that selling water to Crimea would help supplement Ukraine’s finances.  “Israelis sell water effectively to a country at war with them and earn money.  We had the idea, for example, to sell water to Russia”.

The issue is not about whether it is acceptable to do business with a country that is waging undeclared warfare against Ukraine, but about whether Ukraine is willing to provide the water which will help Russia continue to occupy Ukrainian Crimea.

When asked by one of the journalists to explain his position as to who Crimea belongs to, Aristov did say that “Crimea is, of course, ours”.

His words have, of course, been warmly welcomed by various Russian officials.  They are firmly rejected by Refat Chubarov,  Head of the Mejlis or representative assembly of the Crimean Tatar people.

“Supplying water to Crimea would mean giving up yet another position, with this still further distancing Crimea from Ukraine. It would force public opinion to conclude that Crimea is Russia, since the latter is very effectively governing it, including by agreeing with Ukraine on supplies of water”.

Chubarov earlier wrote that Ukraine does not just have the right, it has the duty to use its national resources to free the territory that Russia seized or to at least make it difficult for Russia, as occupying state, to establish itself on the occupied territory.

The situation with water at present is, indeed, close to catastrophic, but it is so because of Russia’s illegal invasion and annexation of Ukrainian territory.  Moscow’s attempts to rewrite history and claim that Crimea has always been ‘Russia’ are seriously at odds with hard facts.  These include the strictly physical reasons for Crimea’s organic link with mainland Ukraine.  Crimea does not have enough fresh water to provide for agricultural and individual needs, and was always around 85% dependent on water brought to Crimea from the Dnipro River, via the North-Crimean canal.

The supplies were terminated in April 2014, and even without the near-drought conditions in 2019, the situation can only become critical.  It is quite likely that Russia’s aggression in Donbas was always partly aimed at ensuring a land corridor to Crimea in order and it has been suggested that Russia’s aggression in the Sea of Azov and the resulting economic strangulation are intended to press Kyiv into reopening the canal.

Russia would doubtless demand that any deal called Crimea Russian territory. How could Ukraine expect western countries to even maintain sanctions if it proved so inconsistent itself. For these and many other reasons, it is to be hoped that Aristov’s willingness to sign a deal with an aggressor state will not be shared by his party and parliamentary colleagues.

There is, however, another concern, namely the negotiations that are going on behind the scenes to secure the release of political prisoners.  The majority of around 87 Ukrainian political prisoners whom Russia is holding are Crimean Tatars or other Ukrainians from Crimea.  The Kremlin is accustomed to using human beings as hostages, and demanding unacceptable ransoms.  This was seen during the last two exchanges, when Ukraine handed over MH17 witness / suspect Vladimir Tsemakh and also five suspected Maidan killers.

The life and freedom of each of the Crimean Tatar and other Ukrainian political prisoners are of vital importance.  Nonetheless, any attempt to justify an agreement to sell water to Crimea in exchange for the release of some political prisoners would ignore the fact that more and more Ukrainians will be illegally arrested while Crimea remains under Russian occupation.  Any deal that removes one of the most important levers that Ukraine has and allows Russia to conceal its inability to provide water to the Ukrainian territory it is illegally occupying, will only mean that there is no end to Russian repression.