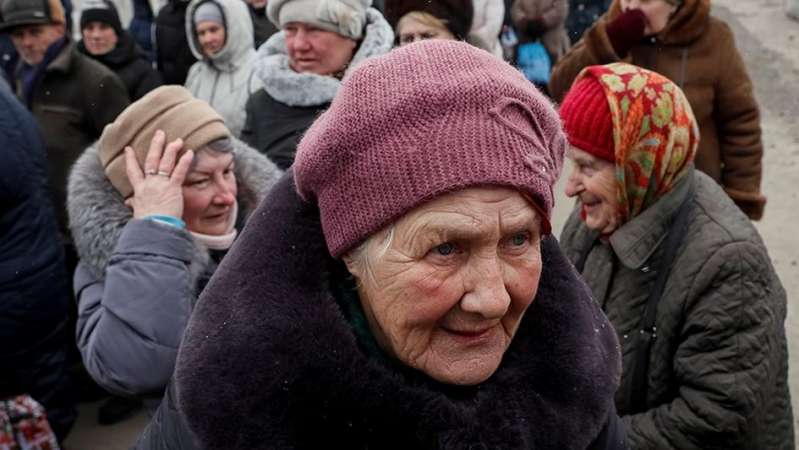 Ukraine’s legislators have refused to support a bill which would make it possible for people living in occupied territory to get their pensions without gruelling, and sometimes fatal, journeys to government-controlled areas.

On 5 February 2020, only 184 MP supported draft bill No. 2083-d.  It has now been sent for reworking, at the suggestion of Deputy Finance Minister Yuri Dzhyhyr, which means that it cannot be put to a vote again for at least half a year.  The latter justified this by saying that money had not been allocated for the bill’s implementation in the state budget.

The issue is a contentious one.  Dmytro Kuleba, Deputy Prime Minister on Issues of European and Euro-Atlantic Integration, recently asserted that the question of pension payments to occupied territory can only be resolved in the context of the region’s de-occupation.

This is clearly not a view shared by all politicians.  The Parliamentary Committee on Human Rights, De-Occupation and Reintegration decided on 5 February to propose that the draft bill be handed to them.  They argue that the lack of a mechanism for people living on occupied territory to receive their pension is a human rights issue, and not one of social policy. This would broadly correspond to the position taken by the OHCHR and human rights groups.

Alyona Lunyova from the Zmina Human Rights Group regrets that the issue of pensions for people living in occupied territory has become so politicized and stresses that this is about elderly people who have the right to the pensions they have earned, just like any other Ukrainians.

Ukraine’s government stopped paying pensions and other social payments to people living in the self-proclaimed and Russian-controlled ‘Donetsk and Luhansk people’s republics’ back in November 2014.  In order to receive their pensions, people have to register as internally displaced persons [IDP] and appear in person at least once in two months.

In 2014, there were 1 million, 128 thousand pensioners in occupied Donbas  According to Lyudmila Denisova, Ukraine’s Human Rights Ombudsperson, of the 1 million, 59 thousand pensioners now entitled to pensions, only 650 thousand are receiving them.  It is likely that a considerable percentage of the over 450 thousand men and women who are not getting them do not feel strong enough to make the journey.  The problem is also that elderly people are forced to stand for many hours in queues on both sides of the checkpoints.  For a significant number, the strain is too much, and there are regular reports of elderly people dying at the checkpoints.

It is very likely that most of these pensioners did not remain in occupied territory, or return there, because of support for Russia’s proxy ‘republics’, but because they had nowhere to go.  Some also remained because this was where they had always lived and wanted to die, or where their wives, husbands or other family members were buried.

There had appeared to be a breakthrough on 4 September 2018 when Ukraine’s Supreme Court upheld an earlier ruling in favour of an internally displaced person from Donetsk whose pension had been suspended since April 2017.  Although the case was different from those of people living on uncontrolled territory, the basic principle was that IDP status could not change a person’s constitutionally guaranteed right to their pension.   The decision was therefore welcomed as a lifeline by the Office of the High Commissioner for Human Rights [OHCHR]  as “ensuring hundreds of thousands of elderly, internally displaced people and residents of the non-government controlled areas in eastern Ukraine will have easily-available access to their pensions”.

In fact, that did not happen, however the above-mentioned draft bill was registered in November.  Once again, in its report for December 2019, OHCR welcomed “the statement by the chair of the Parliamentary Human Rights Committee that pensions should be paid to all eligible individuals without any discrimination based on place of residence or registration”.  It said that delinking the payment of pensions from IDP registration would contribute, among other things, to social inclusiveness among the population affected by the conflict.

In principle, the money is there, in the Pension Fund, for when the pensioners can eventually receive it, because the area stops being occupied, or because they register as IDP.  In fact, the response from the Deputy Finance Minister on 5 February seems to indicate that the Ukrainian authorities are effectively saving money through the current system.