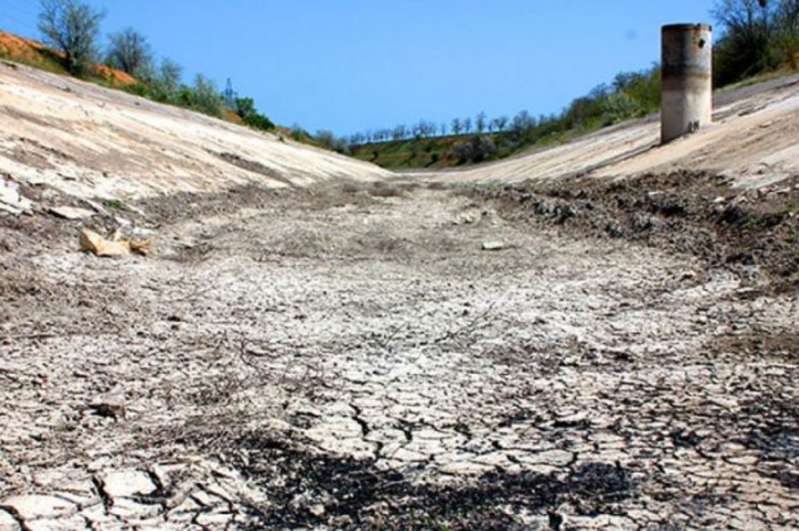 Oleksiy Melnyk from the authoritative Razumkov Centre believes that Russia will use blackmail or resort to a military operation to get Ukraine to reinstate water supplies to occupied Crimea.  The lack of direct military conflict on the peninsula, together with the myth of Russia’s supposedly bloodless annexation of Crimea, have led to a dangerous willingness to defer all issues to do with Crimea and prioritize Donbas.  Russia is meanwhile carrying out a process of “creeping annexation of the Black Sea basin” and is effectively annexing the Sea of Azov.

At a roundtable discussion on Crimea on 20 February, Melnyk warned that Ukraine is not paying sufficient attention to the military threat from occupied Crimea and cited the example of the North Crimean Canal which until 2014 supplied Crimea with 85% of its fresh water needs.  If the water shortage in Crimea becomes especially acute, one of the options Russian President Vladimir Putin may use is a military operation.  This is a real danger which Ukraine should be considering, he stresses.

Melnyk was not raising this prospect for the first time.  In a recent interview on TV5, he predicted that Russia, “like the mafia”, will find a proposal that would be difficult for Ukraine to refuse – either military blackmail, or blackmail using some kind of economic levers. He noted then that Russian politicians have already voiced the ‘argument’ that since the Dnipro River which, until 2014, supplied Crimea, originates in Russia, this somehow makes it ‘Russian water’.

Melnyk had been asked to comment after two MPs from  Ukraine’s majority Servant of the People party separately voiced the idea that Ukraine could reinstate water supplies to Crimea.  As reported, Yuri Aristov, who is the head of the parliamentary budget committee,  asserted back on 17 October 2019 that selling water to Crimea would help supplement Ukraine’s finances.  This elicited angry responses, especially from Crimean Tatar leaders, and a categorical statement from the President’s Representative on Crimea, Anton Korynevych, that water supplies would be reinstated only when Russia’s occupation of Crimea ends.

Then MP David Arakhamia publicly suggested that water supplies could be reinstated in exchange for an agreement on Donbas.  There was public outrage over this, and  Arakhamia apologised.

The fact that two MPs from the party associated with President Volodymyr Zelensky should have come out with such statements has raised fears that Zelensky’s administration is testing the ground to see whether this is something that could be considered as part of a deal.

Melnyk is emphatic that any deal which effectively boils down to “water in exchange for Donbas” is totally unacceptable. He points out that one of the reasons that the Kremlin began its military aggression in Donbas was as a means of diverting attention from its annexation of Crimea, so Putin would be delighted if such a deal were to be accepted.

Even Melnyk is suggesting that Ukraine should use water as a lever for political concessions from Russia,  In a separate interview, he noted that the issue is extremely complex and needs to be considered in detail, with the involvement of experts.  As well as the fear of military aggression from Russia, there is also a high risk of environmental and man-made catastrophes in Crimea.  The dangerous chemical spillage at the Crimea Titanium Factory in September 2018 was a first sign of likely problems in the future, with these of immediate environmental impact not only for Crimea itself.

The problem with Melnyk’s tentative suggestions is that it is quite unclear how the agreements he suggests would in fact “foster deoccupation”.  Yes, we can demand that Russia release all Crimean Tatar and other Ukrainian political prisoners held in Crimea or Russia.  Even if it does so, in exchange for water, how do we stop it arresting more Ukrainians as soon as the water is flowing again?  Where are the political prisoners to go?  Thus far, all those released in exchanges have ended up exiled from their homeland, with this also playing into the Kremlin’s hands. Another condition Melnyk proposes would be measures towards demilitarization of Crimea.  This is undoubtedly important, but could any such agreement be implemented?

Melnyk acknowledges that this is for the moment pure theory, and acknowledges that any agreement would mean that Ukraine was handing over one of the most powerful levers it has.  He only hints at what would almost certainly be a further, highly undesirable consequence.  If Ukraine begins selling water to the Russian occupiers of Crimea, how can we expect other countries to retain their sanctions?  Once those sanctions have been withdrawn, the chances of them being reinstated seem very remote.  This in exchange for ‘concessions’ from an aggressor state whose leaders have thus far shown only treacherous mendacity with respect to any agreements.

The Mejlis, or self-governing body, of the Crimean Tatar people, and several prominent Crimean Tatar victims of Russian persecution have all spoken out clearly against any reinstatement of water supplies to Crimea.  They are adamant that any such agreement with Russia will signify Ukraine’s abandonment of Crimea and the loss of any hope of liberation from Russian occupation.

Over the last six months, Ukraine’s leaders have made controversial concessions to Russia as part of agreements to secure the release of political prisoners held in Russia or POWs and hostages in Donbas.  Since those exchanges, there have already been a number of new arrests in Crimea, Russia and seizures of hostages in Donbas.  There seems no reason to believe that the situation would be different if water supplies were made part of an exchange deal, and it is vital that Ukraine’s leaders understand that this is a red line that must not be crossed.

See also:  Ukraine will give Crimea away forever if it starts selling water to its Russian occupiers