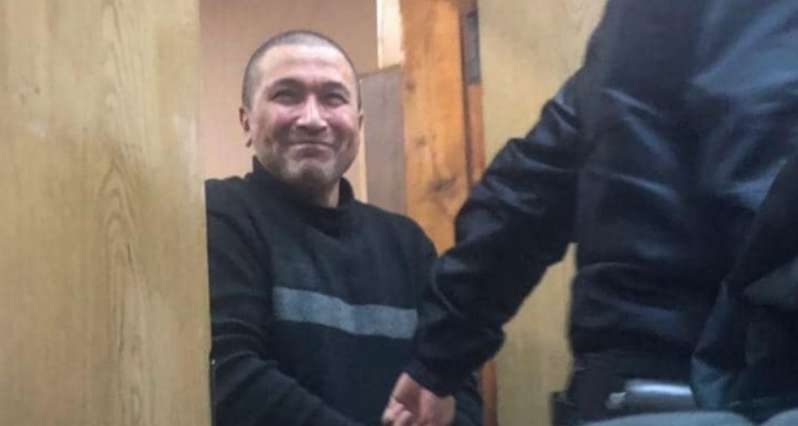 A Russian-controlled court in Yalta has ordered that 55-year-old Crimean Tatar political prisoner Yunus Masharipov be forcibly subjected to so-called ‘psychiatric treatment’.  The occupation regime is thus resorting in full to the punitive psychiatry of Soviet times, where psychiatric institutions were used as a nominal alternative to labour camps.

Masharipov’s lawyer, Alexei Ladin, reports that his client was even prevented from giving his final address to the ‘court’ on 3 March, with ‘judge’ Sergei Smirnov, from the Yalta city court interrupting him and going off into the ‘consultation chamber’ to issue his ruling.  Since this was a retrial, and the ‘court’ opted for punitive psychiatry “under intensive surveillance” rather than repeating the original 4-year sentence, Smirnov was clearly in no doubt that Masharipov should, in fact, have been fully acquitted.  The defence had insisted on full acquittal, and will be appealing against this sentence. For the moment, Masharipov remains imprisoned in the appalling conditions of the Simferopol SIZO [remand prison].

During the hearing, Masharipov reminded the ‘court’ of the norms of the European Convention on Human Rights, in particular, Article 3 prohibiting torture and ill-treatment.

Ladin pointed out the numerous elements of falsification in this case, and two FSB officers, appearing as witnesses for the prosecution, contradicted their own earlier written testimony in court.

If the FSB had believed that Masharipov was preparing explosive devices, why did they examine the location and take absolutely no safety measures when supposedly trying to find them?  The defence had also demonstrated that the FSB had had ample opportunity to plant the devices in the place where they allegedly ‘found’ them.  As in many other cases, the FSB illegally obtained the biological samples from Masharipov which were then claimed to have been found on the explosives without a lawyer being present.

The ‘court’ also rejected the defence’s application for all experts to be questioned, despite numerous contradictions, for example, between two psychological – psychiatric assessments.

Masharipov has been imprisoned since 27 September 2017, on charges of preparing explosive devices.

In December 2017, he issued public statements to both ex-Ukrainian President Petro Poroshenko and to Viktor Palagin, who was then the head of the Russian FSB in occupied Crimea.  He stated then, and has consistently repeated, that he had been tortured into ‘confessing’ on video to crimes he had never committed.  He asserted that it had been after he told his captors that he had reported human rights abuses in occupied Crimea that he had been beaten and tortured with the use of electric shocks.

Under torture, he had ‘confessed’ to being a Ukrainian Security Service [SBU] agent and to having carried out their tasks. He had been forced to repeat this ‘testimony’ on video, giving several different versions.

In the version the FSB released, Masharipov states that he was recruited by the Kherson branch of the Mejlis of the Crimean Tatar people and the SBU [Ukraine’s Security Service] and that he was supposed to photograph military technology; rubbish, bad roads in Crimea, destroyed squares and needles on the beach, so that tourists wouldn’t come and circulated leaflets. He actually says that on 6 August 2017 he set fire to forest in Yalta, but then almost immediately adds that he had not had time to carry out the act.  Throughout the video, which is a very obvious montage of separate moments, Masharipov gives the impression that he is trying to remember what he should say.

Despite his accounts of torture, Masharipov was sentenced on 13 November 2018 in the Yalta City Court to four years’ imprisonment and a 110 thousand rouble fine.  The charges were under Article 223.1 § 1 of Russia’s criminal code (illegal preparation of an explosive device) and 222.1 § 1 (illegal procurement, possession, carrying of such explosive devices).

It was only at cassation level that the defence was able to prove a clear violation of Masharipov’s right to defence, through the use of so many state-appointed ‘lawyers’ (who are normally there to sign documents and persuade people to admit to the charges).  The case was sent back to the same Yalta City Court for a retrial.  This was held behind closed doors, despite the lack of any legitimate grounds. There are equally no grounds for the court’s use of punitive psychiatry, and there must be concern about what such alleged ‘treatment’ could entail. Masharipov had pointed out to the court that he is a Ukrainian citizen and asked that he at least “be deported” to mainland Ukraine for such ‘treatment’, however this too was ignored.